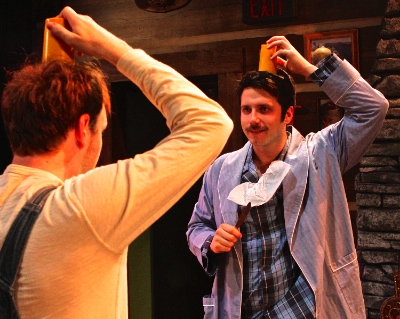 Playing at Pacific Theatre through October 12 is the most delightful comedy – shown for the second time in the theatre’s 30 year history – The Foreigner. You will laugh, at times nearly hysterically. Go see it! The play is Pacific Theatre’s gift to a city that needs to laugh, and to enjoy being a community.

I’d had an exhausting day, and was afraid I might doze off during the play. Thankfully, the action and repartee are so engaging that one’s attention is riveted throughout. The set is charming, the costumes eminently suitable and the dialogue both witty and truly funny.

A former military officer now weighed down by a dull desk job and a philandering wife at home in England, Charlie (John Voth) is deposited by an old army buddy at a fishing lodge in the American deep south for some R&R. 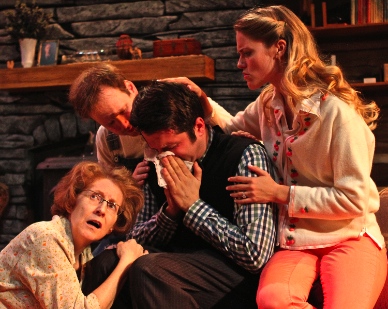 But Charlie’s insecurities, and the secrets and plots of the other denizens of the inn (played with gusto and charm by Erla Faye Forsyth, Kaitlin Williams, Peter Carlone, Mack Gordon and Byron Noble), combine to create two hours of hilarity. So much for the plot-line; I don’t want to spoil the fun.

PT’s artistic director, Ron Reed, says not to look too hard for a message, but any good comedy does have something to say about life, and so does The Foreigner. Every character in this play has major difficulties, which either they do not see or are not dealing with.

Despite that, the majority of this motley assemblage of characters – even though initially only through self-interest – fight injustice together, and create a loving community. How’s that for a message for Vancouver?