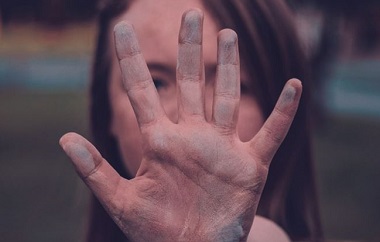 As the Justice Committee is reviewing Canada’s prostitution laws, the Evangelical Fellowship of Canada (EFC) argues in this February 25 blog post that those laws are essential because prostitution preys on those who are vulnerable.

As Christians, we seek the well-being of those who are being prostituted and who are vulnerable to exploitation. We want to uphold their human dignity, ensure their needs are met and that they have safe, secure, dignified options.

Prostitution isn’t merely a series of interactions between purchaser and purchased that exist independently of one another. Prostitution is part of a system of exploitation that is based on structural inequalities and preys on vulnerabilities.

An individual’s entry into the system of prostitution is substantially influenced by risk factors and socioeconomic factors that create vulnerability.

Other risk factors include mental health issues, disability, family breakdown or disruption, early home leaving, being in government care or a history of childhood abuse or neglect.

The vast majority of victims in sex-trade-related offences are women, primarily young women. The most recent statistics, since the Protection of Communities and Exploited Persons Act (PCEPA) was introduced, indicate that 94 percent of victims are women.

More than four in 10 victims in violent offences involving at least one sex-trade-related offence are 12 to 17 years old. The median age of women victims was 17 years of age before PCEPA, and is now 20 years of age.

When there are Canadians living in poverty, unable to afford housing, experiencing racism and marginalization or lack of social support, we must respond with genuine options to address those needs, rather than accepting the sale of the person’s sexuality as the answer.

Canada can and must do better than to accept prostitution as a solution to poverty, racism and a range of other underlying social issues. The current prostitution laws, the Protection of Communities and Exploited Persons Act (PCEPA) are a critical tool in fighting sexual exploitation.

Based on the EFC submission to the Standing Committee on Justice and Human Rights on the Protection of Communities and Exploited Persons Act (PCEPA), February 25, 2022.

The EFC supports the current prostitution laws as an important and essential tool to reduce sexual exploitation, as explained by the EFC’s Director of Public Policy, Julia Beazley in this video.

Some groups are advocating for the laws to be repealed. The EFC submitted a written brief February 25 in support of the laws and urging for their full implementation. Please add your voice in support of the prostitution laws. For more information and resources to help you contact your MP, go to TheEFC.ca/prostitution-law-review.

The EFC has applied for intervenor status before the Ontario Superior Court in support of Canada’s laws on prostitution, which is being challenged.

Note: On March 7, the Canadian Council of Churches released a statement which began:

On February 25, 2022, the Council’s Sexual Exploitation Working Group issued a Brief to the Standing Committee on Justice and Human Rights of the House of Commons concerning The Protection of Communities and Exploited Persons Act (PCEPA) Review.

The PCEPA aims to end the demand for paid sex and recognizes prostitution as inherently exploitive and dangerous (Source: The Evangelical Fellowship of Canada).

The Justice Committee has recently begun its review of these laws, prompting the SEWG to issue this Brief.

In its statement, the SEWG voiced affirmation for this which “strengthens the protection of the rights of children, women and men to be free from violence and exploitation, specifically sexual exploitation, and imposes criminal sanctions on those who profit from and exploit others for their own benefit.”

>> Read the full Brief in English or French