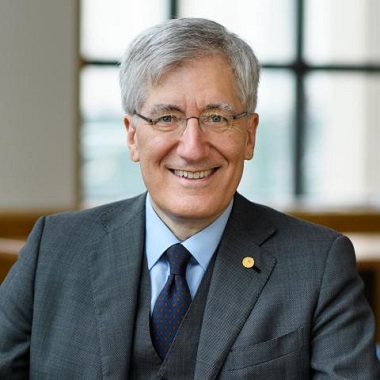 Princeton professor Robert George will speak about truth and the university at UBC’s law school.

Robert P. George will address The Truth-Seeking Mission of the University at the Peter A. Allard School of Law (UBC) next Tuesday (September 27). George is McCormick Professor of Jurisprudence and Director of the James Madison Program in American Ideals and Institutions at Princeton University.

Brian Bird, Assistant Professor at Allard Law, is encouraging people to attend George’s talk. In the meantime, he has addressed the theme himself, in a comment posted on The Hub September 14.

Another academic year has begun. University campuses are buzzing with activity. Students and professors are back in the classroom.

There is always a palpable spirit of optimism at universities in September, and especially so this time around. After a few years disrupted in many ways by the pandemic, we seem poised for a return to relative normalcy on campus.

As students embark on this new academic year, I wish to offer them some thoughts on what counts, in my view, as the primary reason for universities. In short, why do universities exist?

Many people would say that universities exist to issue degrees and credentials that enable graduates to obtain gainful employment. This is, without question, an important part of why universities exist. Securing a stable and fulfilling career, and contributing to society through it, is a worthy undertaking. Even so, career development is not the core purpose of a university.

Above all, universities exist for the pursuit, discovery, and transmission of knowledge. The motto of Harvard University sums up the essential focus of a university: ‘Truth.’

Human beings have a built-in longing to understand the world that surrounds us. We yearn for answers and have been seeking them for millennia. The word ‘university,’ which stems from the Latin word for “the whole”, points to this innate human desire to figure things out and make things better. Universities have, for centuries, been the principal setting for nourishing this desire. Countless feats for humanity have been achieved by virtue of the university.

I first encountered this description of the rationale for universities in 2019 during a stirring lecture at Princeton University.1 The speakers were American scholars Robert George and Cornel West. The reality, they lamented, is that this rationale is not driving the school bus today and there have been dire consequences for universities – and the societies they serve – as a result.

When truth-seeking is sidelined at universities, it is easier to censor unpopular viewpoints and shut down good faith, reasoned debate on controversial issues. Individuals belonging to schools of thought that happen to enjoy favour today become tempted to bully individuals belonging to other schools of thought. To ignore the centrality of truth to the university is to open the door to “cancel culture” on campus. This phenomenon, which has grown in strength in recent years, does not simply obstruct the pursuit of truth. It sabotages the mission of a university.

Academic freedom is an essential precondition for universities to accomplish their mission. This freedom permits scholars and students to investigate topics of intellectual interest to them without fear of being hindered in this pursuit. Academic freedom also allows these individuals to speak openly about these topics and the conclusions that they have reached.

This freedom, however, is not absolute. It must be exercised responsibly, which means using the tools of the academic trade: reason, logic, evidence, and so forth. The responsible exercise of this freedom also entails a commitment to civil and respectful discourse.

But as long as these tools are used and these commitments are upheld, there should be precious few instances in which freedom of thought or expression is curtailed at a university. Where academic freedom is unjustly curtailed, this institution is not behaving like a university. It resembles a think tank or a partisan organization where everyone subscribes to similar beliefs, rather than an institution committed to open inquiry and higher learning.

To support the pursuit of truth, university teachers should generally avoid emphasizing their personal views in the classroom. Clearly communicating the course content is a good start, but teachers excel when they offer students the strongest competing views on the topic under consideration.

Confronted by these views, students should be allowed – indeed encouraged – to wrestle with them and reach their own conclusions as to which view is correct. Rather than teaching students what to think, university educators should teach their students how to think.

Faculty members, to be clear, are key participants in the pursuit of truth at universities. It is part and parcel of their role to develop and express their views on the issues in which they are intellectually invested. This activity is oxygen for a university, but the most appropriate way for scholars to engage in it is through their research, writing, and public remarks. In the classroom, scholars are at their best when they equip and inspire students to think for themselves.

To students, I encourage you to robustly support the pursuit of truth at your universities. Take some classes outside of your discipline. Attend public lectures and talks by speakers on a broad range of topics.

Do not perceive classmates or professors who hold views that differ from yours as enemies, but as friends who are also searching for truth. If you have only considered one side of an issue, grapple meaningfully with the other sides. Strive to not become so attached to your worldview that you summarily dismiss beliefs that challenge your own.

John Henry Newman, an Oxford professor and founder of a university in Ireland, wrote that the university is “the great ordinary means to a great but ordinary end.” Universities aim to raise “the intellectual tone of society” by giving students a “clear conscious view” of their “opinions and judgments, a truth in developing them, an eloquence in expressing them, and a force in urging them.” Universities, Newman wrote, should teach us to “see things as they are.”2

If you approach your university experience with this mindset, you will not only receive a degree at graduation. You will acquire something far more valuable during these years – indeed, something priceless. You will acquire a love for truth, and a lifelong desire to seek it.

Before joining Allard Law, Bird was a postdoctoral research fellow at Princeton University in the James Madison Program in American Ideals and Institutions. At Princeton, he was also a lecturer in Politics.