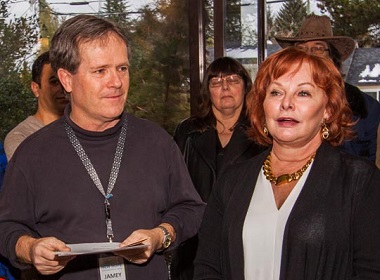 Refugees, politicians and sponsors joined New Hope Community Services leaders and staff February 11 in the bright lobby of New Hope’s Surrey apartment building to celebrate the one year anniversary of its opening.

Children from Syria, the Congo, Eritrea and Iraq led a rousing rendition of Happy Birthday and O Canada. New Hope’s move to Surrey coincided with the incoming wave of Syrian refugees.

So how are Canada’s newcomers faring one year later?

Our model is a residential community approach where 10 refugee families live in residence with three long-term Canadian families to learn life in Canada. Our goal is to get them on their feet in 24 months (or sooner) to help them find independence and autonomy. We want to move them from paralysis to productivity.

According to Surrey Mayor Linda Hepner, who toured the facility during the event, 57 percent of recent refugees now settle in Surrey. This statistic is backed up by Chris Friesen from the Immigrant Services Society of BC.

At the one year anniversary event, McDonald introduced all residents, including a former newscaster from the Middle East who filed a report on terrorism in his country, received numerous threats on his life and fled to Canada.

“Since arriving,” said McDonald, “H. realized he would not find work in media due to language limitations so he chose to learn a new career. All his life he had thought about hair styling so he took training and now works in a salon doing men’s hair.”

The response by Canadian churches, schools and community groups has been significant. Giving furniture, clothing and groceries are the main ways of assisting. New Hope matches every one of their refugee families with a partner church and emphasizes the importance of building personal relationships.

“Refugees are the people who are dreaming of a home they cannot see.” So stated World Vision’s former senior communication’s manager Philip Maher in his keynote address at the volunteer appreciation dinner.

Two New Hope families, one from Iraq and another from Syria, were interviewed and congratulated on their successful transition into the educational, employment and living milieu of Canada. The first twins born in the apartment complex were also celebrated.

Every refugee family is supported by a church or group of dedicated individuals. More than 6,000 hours were donated by the 250 people who have volunteered in some fashion with New Hope. McDonald said:

We had people settlement help, property upgrade and repair help, legal aid help, board leadership help, accounting help, multiple workshops on life skills and so much more from volunteers. Without this army of volunteers we could never have helped all the refugee families that we did. 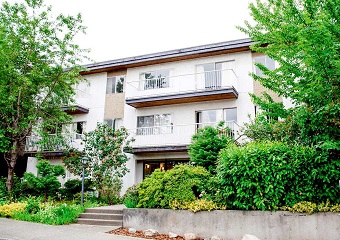 Newcomers at New Hope – many of whom are Muslim – have responded with gratitude to the practical displays of compassion offered by followers of Jesus. As well, Canada’s Child Benefit monthly gift and the quarterly GST cheque have benefited the larger Syrian families who became permanent residents upon arrival into Canada.

Children in the school system have assimilated well and are enjoying the chance to build friendships in a safe and peaceful environment. Older children, who have mastered the basics of alphabet and conversation are eager to pass on their learning to parents and younger siblings alike. 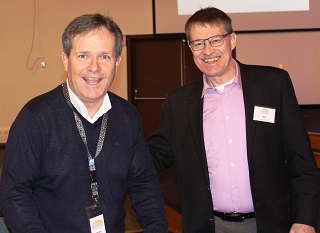 Some of the issues which need resolution among newcomers include a sense of safety on the streets; trust in relationships; acceptance in the community; proficiency in language; safe and affordable housing; comfort with accessing medical assistance; shopping; cultural orientation; gender roles; and financial stability through Canadian job experience. Learning what to ask help for, how to ask and who to ask is also a common experience.

← Who is my neighbour?
Together in Christ: Five Ecumenical Imperatives →