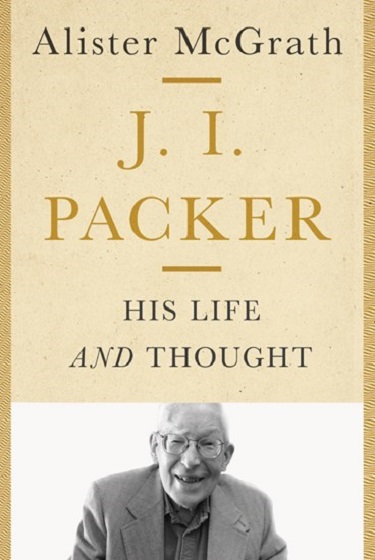 Regent College will be joined by some top notch scholars and theologians when they host Remembering Dr. J.I. Packer next Wednesday (November 18).

Among the guests will be N.T. Wright, David Neff and Alister McGrath.

McGrath’s participation is particularly timely. His new book – J.I. Packer: His Life and Thought – is available from InterVarsity Press just this week.

Following is an excerpt from the book.

I first came to appreciate the importance of J.I. Packer’s story in November 1991, when I travelled from Oxford to Cambridge by coach to give a lecture.

On boarding the bus, I discovered Packer was also a passenger. We had met in London two days earlier and sat down beside each other to continue our conversation as the coach wended its way through the English countryside on its long and slow journey to Cambridge.

We had more than three hours together. Packer told me the story of his conversion at Oxford, and his gradual discernment of what he should be doing with his life. The story was so moving it led me to plan and write his biography over a period of five years, just as it has now led me to write this reflection on his life and thought.

C.S. Lewis regularly emphasized that great writers sought to share something with their readers – something which they themselves had grasped or seen and wanted to pass on to others, so that they might benefit. The best writers are not self-promoting narcissists who demand that we look at them, but those who invite us to look through them at what they have seen, enabling us to share in their experience.

They are thus windows to something greater. Lewis himself saw authors not as spectacles to be admired, but as a ‘set of spectacles’ through which we can look at the world and see it in sharper focus and greater depth.

If Lewis is right, it follows that a good theologian should be transparent to the gospel. In other words, they avoid the cumbersomely technocratic language and obscurity of expression that prevents their readers from grasping what they have seen.

In part, Packer’s appeal lies both in his accessible and engaging writing style, alongside his seamless integration of a loving and attentive reading of the Bible, the weaving together of its themes in theology, and the working out of this vision of the Christian faith in holy living and prayerful adoration.

In June 2016, Packer was asked what he hoped to achieve through his teaching for that year’s Regent College summer school. His answer to that question deserves close attention:

What I shall be saying to my class, in substance, is: Look! This is the biggest thing that ever was! And we Christians, most of us, still haven’t appreciated its size. We’ve been Christians for years and years, and yet we haven’t fully grasped it.

For Packer, theology is about unpacking this ‘biggest thing that ever was’ – faithfully and reliably. That is the evangelical core of preaching, prayer, proclamation and adoration. And it also stands at the heart of the joyful and prayerful discipleship of the mind that Packer calls ‘theologising’.

Like the Puritans before him, Packer saw the natural place of the theologian as lying within the community of faith – not standing above the community of faith, still less standing outside it, but rather speaking to the Christian community as one who shared in their journey of faith and hoped to encourage them to reflect on it more rigorously and profoundly. 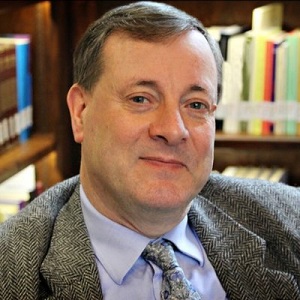 This small volume aims to help its readers explore and reflect on what Packer so vividly describes as ‘the biggest thing that ever was’.

Remembering Dr. J.I. Packer will be livestreamed at rgnt.net/live. A recording will be available after the event on Regent College’s Youtube channel.