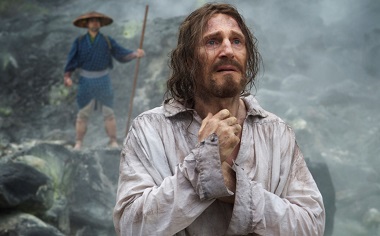 Liam Neeson will play a lead role in Martin Scorsese’s film version of ‘Silence,’ due out later this year.

A couple of months into retirement, I was asked to cover a maternity leave in a West Vancouver high school. It included what turned into the sweetest assignment ever – teaching three young men an International Baccalaureate Japanese course.

These intellectually curious and able students, when asked what they would like to do their next lecture on – in Japanese – chose Japanese history. Since they admitted to knowing very little about it, I proceeded  to sketch the periods from the Jomon period to the present era.

When I got to the Christian Century – the mid-1500s to the mid-1600s – I perceived a heightened interest on the part of one student, so gave more detail about the persecution that followed than I ordinarily would have in a public school setting. “M” was fairly off his chair; “Mrs. Ritchie, I am a descendant of Kakure Kirishitan [hidden Christians]. May I do my talk on them?”

His lecture was powerful. At the end, one of the questions asked by his classmate was, “Why was Christianity so popular; what made it grow so quickly in those early years?” The young speaker was unable to answer, so the class looked to me.

“Well, when you hear for the first time about a God who loves you, and has even lived among you and died for you, that’s pretty compelling. You’re in a society in which class distinctions are everything, and suddenly here’s a religion which declares you spiritually equal under God.” 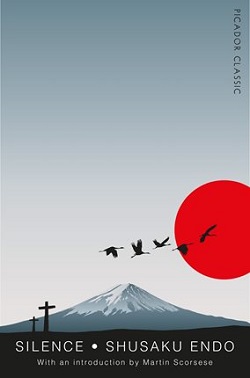 In Japanese history there is no more attractive or interesting period than that of the Kirishitan, especially as it makes us think about what it is to be a human being.

Jesuit missionary Francis Xavier was instrumental in the evangelization of Japan, following his landing there in 1549.  Hundreds of thousands of Japanese became Christians, including a number in the higher classes. However, the shogunate banned foreign missionaries in 1587, and in 1597 several missionaries and Japanese church leaders were crucified in Nagasaki.

The 1630s was the decade of the most intense persecution; some 40,000 Christians were killed. They were often asked to step on a fumie – an image of Christ, Mary or the cross – to prove they were not Christians. If they winced or flinched, they were deemed to be Christians, and tortured. The visible church was wiped out, and the remnant was forced underground.

Dr. Philip Ryken, president of Wheaton College, spoke at Regent College June 29 on the topic “Becoming Like Jesus in His Death: Lessons for Ministry from Shusaku Endo’s Silence.” He highlighted the protagonist Father Rodrigues’s desire to be a good shepherd, to be useful to the persecuted Japanese Christians and, by extension, how it is through suffering that the pastor is best able to “feed his flock.”

According to Ryken, Endo did not choose the title of the book, and was frustrated that people assume it is a reference to God’s silence. Endo said, “That work of mine has been misunderstood. . . my purpose was to give a voice to people who had been silenced.”

Endo’s great issue was reconciling his Catholic Christianity with his Japanese identity. He found that none of the world religions had the same sense of compelling truth as Christianity and – while traveling in Palestine – recognized the extent to which Jesus of Nazareth was an alien. Endo identified with the “weak” apostates of the 17th century who could not withstand the combination of physical and psychological torture. 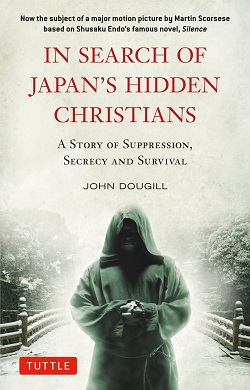 Apostasy, Ryken pointed out, is not so clear for Western Christians in the 21st century. We are not being asked to step on the image of Jesus; we’re more like the frog in heating water. He argued that our pressure point is in the area of sexual ethics. Our apostasy is in the little things. Healthy habits in small decisions, he said, make good big decisions possible.

For anyone interested in more historical (not in the least dry) detail, John Cougill’s In Search of Japan’s Hidden Christians provides a great introduction to Silence, both Endo’s book and Scorsese’s movie.

And Makoto Fujimura, a New York based artist who taught at Regent College a couple of years ago – and whose artwork is a stunning celebration of and tribute to traditional Japanese art – has just published Silence and Beauty: Hidden Faith Born of Suffering.

Margaret Ritchie grew up in Japan; her parents were Lutheran missionaries. She taught Japanese (and English) in the public school system in Burnaby until she retired last year.

← Co:Here Housing project will offer a ‘community of support’
A bridge between the stories of Samson and Unist’ot’en resistance →

3 comments for “Silence: Wrestling with the experience of apostasy”