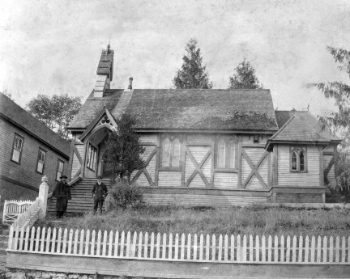 On May 1, 1865, 150 years ago this month, the parish church of St. Mary the Virgin Anglican Church, Sapperton, was consecrated. In those days, the church was a small wooden building in a clearing in the great forest outside of the new city of New Westminster. Columbia Street, which ran by the front of the church, was little more than a dirt track traversed by the occasional farmer’s cart.

Today the historic building, much enlarged over the years, sits on one of the Lower Mainland’s busiest traffic routes, surrounded by homes and commercial buildings. It is one of BC’s oldest church buildings in continuous use.

Strictly speaking, this is the 150th anniversary of St. Mary the Virgin’s current church building; the congregation itself is somewhat older still. It started out in 1859, when the Columbia Detachment of the Royal Engineers, a company of soldier-artisans, arrived with their families from England to maintain order and build infrastructure in the new colony of British Columbia. The Royal Engineers, also known as “Sappers,” set up their headquarters camp on the Fraser River just to the north of the New Westminster city boundaries. 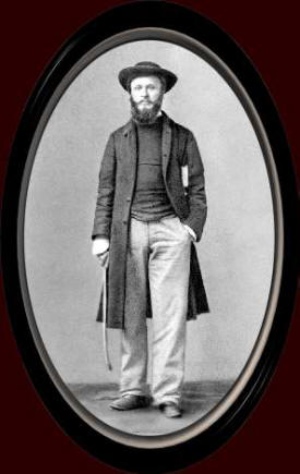 In September 1859, Rev. John Sheepshanks arrived in New Westminster to bring Anglican services to the new colony. He carried with him a letter appointing him Military Chaplain for the members of the Detachment and their families. The group of church people who were to become St. Mary’s congregation was now in existence, meeting in a part of the Royal Engineer’s barracks.

By 1862, the increasing number of local civilians attending the services of the barracks church led to the appointment of a civilian priest-in-charge for the new congregation. As the priest appointed was also the Military Chaplain, it is likely the congregation noticed little change in their worship!

The following year, the Columbia Detachment was disbanded, with most of the Sappers electing to remain in the new colony. The congregation, now known as the parish of St. Mary the Virgin, needed to find themselves a new meeting place. Over the next two years a nearby parcel of land was acquired and a new church building, designed and built by former Royal Engineers, was completed in early 1865. 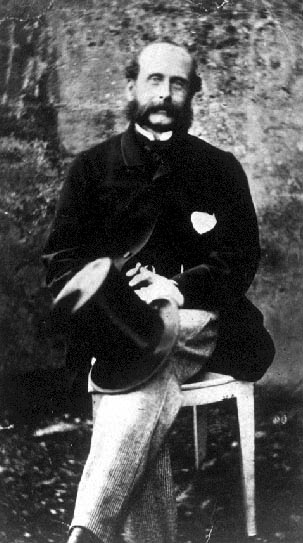 Governor Frederick Seymour was a member of St. Mary’s, Sapperton when New Westminster was the capital of the colony of British Columbia. Photo courtesy of Wikimedia Commons.

In those days, New Westminster was the capital of the colony of British Columbia, and Government House, the residence of Governor Frederick Seymour, was situated on part of the former Royal Engineer’s camp. As St. Mary’s was the nearest church, the governor and many of the colonial government civil servants made the new church their spiritual home.

Today the pew used by Governor Seymour remains at the front of the nave, marked by a brass plaque. When the capital was moved to Victoria in 1868, St. Mary’s priest-of-the-day noted ruefully that he had lost almost his entire congregation.

In 1878, the Diocese of British Columbia was split into three and the Diocese of New Westminster came into being. The first Bishop, Acton Windeyer Sillitoe, arrived from England in 1880, and decided to make himself Rector of St. Mary the Virgin and live in the nearby rectory, renaming it St. Mary’s Mount.

Over the next decade, St. Mary’s Mount became a leading centre of city social life, housing three Governors General, as well as Prime Minister Sir John A. MacDonald, on their visits to New Westminster.

In 1889, Holy Trinity in downtown New Westminster was made the first cathedral of the new diocese and Bishop Sillitoe and his family left St. Mary to live in the new Bishop’s Palace located near the new cathedral. 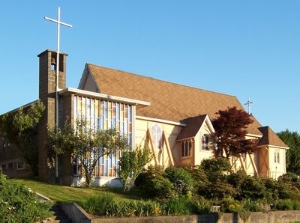 After the departure of Bishop Sillitoe, St. Mary reverted to being a small parish church, often with a part-time, shared or short-term priest. This changed in 1912, with the appointment of the Rev. (later Canon) Frank Plaskett. Rev. Plaskett was a very energetic man who was rector of St. Mary’s for 32 years and who led the parish through a long period of growth. Under his leadership the church building was expanded and the congregation greatly increased in size.

As has been the case for many parishes, the early 1960s marked a high watermark for congregation size. For St. Mary the Virgin, this meant over 200 people, on average, attending the three Sunday services and a large Sunday School filled with children.

St. Mary’s, Sapperton will be included as part of the New Westminster Heritage Tour scheduled for May 31, with many in the parish participating in welcoming the greater community.

There will also be a special anniversary service October 25 with Bishop  Melissa Skelton and various dignitaries.

This article is re-posted by permission from the May 2015 issue of Topic, which covers the Anglican Diocese of New Westminster.