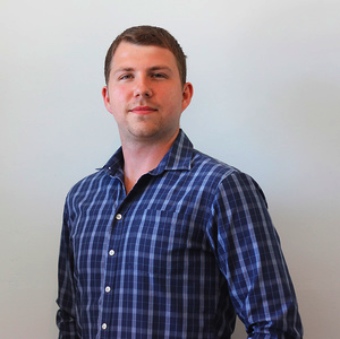 Benjamin Johnson is executive director of Frontier Marketing, which recently completed a study gauging the strengths and weaknesses of charities in terms of online fundraising.

The study had two components: research based on data collected from each of the 92 charities’ websites, both before and after making a donation, and a matching funds campaign at six charities over the summer.

The study was funded by the Vancouver-based Seacrest Foundation, and the research was done by Frontier Marketing. The Bridgeway Foundation provided $60,000 in matching funds for six inner-city charities across Canada.

“We wanted to hold a mirror up to Canadian Christian charities and show them where their strengths and weaknesses were, then run matching campaigns at six different charities to see how powerful online fundraising could be,” says Benjamin Johnson, executive director at Frontier Marketing.

The research component had researchers collecting 55 data points from each charity’s website, including making donations. Researchers recorded everything from where a charity ranked when googled to whether they had a donation button prominent on their front page, how difficult it was to make a donation and how long it took the charity to thank or confirm the donation thereafter.

“We wanted to simulate the donor experience,” says Johnson, “to see how charities were treating their donors online.” The study research included every charity on the Canadian Council of Christian Charities online membership list.

The practical component involved a generous donation of $60,000 from the Bridgeway Foundation, a private foundation that collaborates with innovators to grow healthy and productive non-profit organizations and to engage in transformational projects within Canada and the developing world.

The $60,000 was split between six urban relief charities of various sizes in different cities, who were then guided by Frontier through a best-practice matching campaign. In a series of emails over 10 or 20 days, subscribers to these charities’ email lists were asked to donate and have their gift matched by the Bridgeway Foundation.

The results were beyond researchers’ expectations, and the project raised a total of $177,476 over and above Bridgeway Foundation’s initial $60,000 donation. Every charity was able to raise more than the $10,000 level. For the three larger charities in the study, the campaign made up 56 percent of all online revenue from June – August 2015.

“Charities can do better”

Says Johnson, “The tragedy is that some charities do amazing work, but are struggling for donations because they’re neglecting common-sense best practices, like putting a donate button on their front page. Others have an almost unfair advantage because they’ve made a few simple changes to their website or donation process.”

Johnson is also quick to point out the opportunities that charities have, if they embrace some simple best practices. “Twenty years ago, smaller charities weren’t on a level playing field with larger charities, because of the cost of fundraising. Now, a small charity can follow a few basic best practices online and have nearly as strong a fundraising website as a larger charity.”

“We’re aiming to start a transformation in online giving in Canada, beginning with Christian charities.”