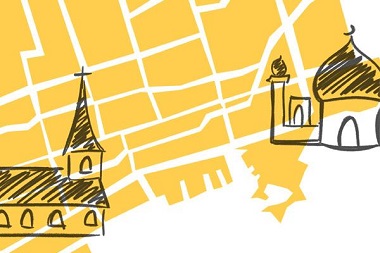 A new study estimates the value of religion to Canadian society at $67 billion each year.

A September 21 article by Tyler Dawson in The Vancouver Sun described ‘The Hidden Economy: How Faith Helps Fuel Canada’s GDP’:

Even as the proportion of the faithful in Canada declines, the activities of religious people and organizations account for nearly $67.5 billion of economic activity in Canada each year, according to estimates in a new paper from Cardus, a faith-based Canadian think tank.

“There is a broad, wide and overall totally beneficial effect of religion on the lives of everyday Canadians, on our country, on our social safety, and that applies to people not just who are religious,” said Brian Dijkema, vice-president of external affairs at Cardus.

“It shows the broader public benefit of religion to Canadian society as a whole.”

The report, the first of its kind in Canada to tally up the economic impact of faith, suggests there are hard-dollar contributions to the economy, worth about $31 billion, which considers the revenues of faith-based charities, organizations and congregations.

Then there is a further $37 billion in “halo effects,” which tallies up the economic impact of things such as substance-abuse support, or kosher and halal food sales.

The study by Brian Grim and Melissa Grim of Religious Freedom & Business Foundation begins with these words:

This report summarizes the first documented quantitative national estimates of the economic value of religion to Canadian society, using similar metrics as used in similar studies of US society (Grim and Grim 2016; 2019) and of faith congregations in Toronto (Daly 2016). The study provides conservative, mid-range and high estimates.

The study’s most conservative and beginning-point estimate, which takes into account only the revenues of faith-based organizations, is more than $30 billion CAD annually. While this first estimate has the most concrete data, we believe that it is certainly an undervaluation because it focuses on annual revenues rather than on the fair-market value of the goods and services that religious organizations provide. 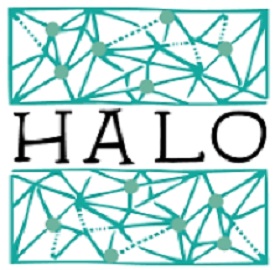 Our second, mid-range estimate corrects for this in three ways:

* by providing an estimate of the fair-market value of goods and services provided by religious organizations and charities;
* by including faith-related food businesses; and
* by including a valuation of the substance abuse recovery support groups hosted by congregations.

This mid-range estimate puts the value of religion to Canadian society at more than $67 billion annually.

By way of comparison, this would make religion the country’s ninth-largest enterprise, just behind TC Energy and ahead of Bank of Montreal (Disfold 2020). Or in terms of national economies, it would make Canadian religion the world’s seventy-second-largest economy, putting it ahead of more than
110 countries (World Bank 2019).

Our third, higher-end estimate recognizes that people of faith conduct their affairs to some extent (however imperfectly) inspired and guided by their faith ideals. This higher-end estimate is based on the household incomes of religiously affiliated Canadians and places the value of faith to Canadian society at nearly $690 billion annually

Go here for the full 28-page report, including some acknowledged limitations.

A story posted on Church for Vancouver last December looked at a survey conducted by Cardus and the Angus Reid Institute: ‘Poll finds Canadians divided over value of religion in public life.’

Trevor Vanderveen, pastor of First Christian Reformed Church of Vancouver, used the Halo Effect and other evidences of contributions by places of worship to positively affect the Grandview-Woodland Community Plan; go here and here for two articles by him.

← Around Town: Santa Ono interview, homelessness leader, St. Paul’s sold
Finding my peace in forgiveness: how Frank has been restored from injustice →