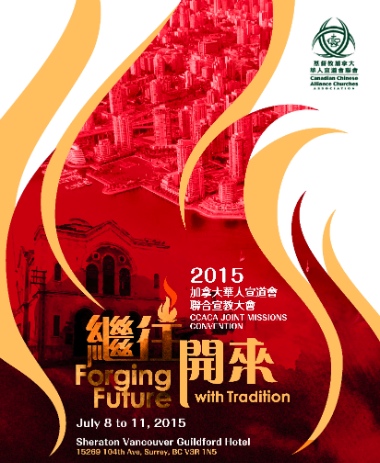 Dr. A.B. Simpson, founder of C&MA [Christian and Missionary Alliance], upheld missions as the backbone of the movement building up the life and characters of Christ followers with the fourfold gospel. Such movements have been a great expression of God’s work over a hundred years.

Living in the 21st century, it is becoming a great challenge for Christ-followers to uphold the passion of missions and to strive for the life of holiness like the previous generations. Such a challenge urges us to choose ‘Forging Future with Tradition’ as our main theme. We hope and pray that every one of us is once again challenged to revive our passion in missions through this Joint Mission Convention.

The key speaker for the English track of the convention will be David Hearn, current president of the C&MA in Canada (and formerly assistant district superintendent in the denomination’s Canadian Pacific District). Following is a comment he wrote earlier this year. 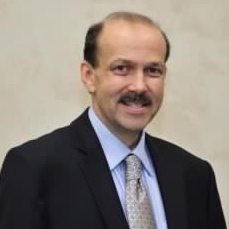 David Hearn is leader of the Alliance churches in Canada.

The gospel makes its greatest impact in the darkest moments of human history. Iraq and Syria are experiencing a humanitarian crisis of epic proportions with 1.8 million displaced people searching for food, shelter and hope. ISIS is spreading a reign of terror throughout the land and innocent families are being torn apart; however, in the midst of the darkness, the church of Jesus Christ is standing strong.

There are four Alliance churches in Iraq, in the cities of Baghdad, Irbil, Mosul and Dahuk. The walls of these churches surround fearless believers who are seeking to bring the hope of Jesus into a place of growing despair. The truth stands: Jesus will build his church and the gates of hell will not prevail against it!

In my recent visit to Iraq, I was both humbled and deeply moved by what I saw; it was heartbreaking to hear the stories of pain and loss. The whole Middle East is being shaken like a massive earthquake; as a result, cracks are opening up, and the gospel of Christ is making an impact.

Andy Stanley articulates it this way: “Satan’s strategy to stop the church will ultimately be the very thing that will advance the church.” The church is growing in the midst of persecution, and I witnessed firsthand the great reversal of Satan’s strategy!

The Bible is filled with stories of great reversal at work. Joseph, after suffering humiliation and abuse at the hands of his brothers, ended up being the very one who controlled the fate of his entire family.

In a powerful reflection of his long and difficult journey, he told his brothers, “You intended to harm me, but God intended it for good to accomplish what is now being done, the saving of many lives.” (Genesis 50:20). Satan’s strategy to stop the plan of God will ultimately be the very thing that will advance the plan of God.

The story of Saul the persecutor who became Paul the apostle is another amazing picture of God’s great reversal. Paul, by his own confession, was “. . . so obsessed with persecuting [the believers] that [he] even hunted them down in foreign cities.” (Acts 26:11)

Everything changed for Paul when he was encountered by the resurrected Christ on the road to Damascus. He said, “. . . I saw a light from heaven, brighter than the sun, blazing around me and my companions. We all fell to the ground, and I heard a voice saying to me in Aramaic, ‘Saul, Saul, why do you persecute me? It is hard for you to kick against the goads. . . . I have appeared to you to appoint you as a servant and as a witness of what you have seen and will see of me.” (Acts 26:13-16)

Here is the real twist: the very persecution that was set ablaze by the martyrdom of Stephen forced the church out of Jerusalem and into the Gentile world. The church in Antioch was birthed by persecuted Christians who fled from Jerusalem. It is this church that embraced Paul and commissioned him into mission. Satan’s strategy to stop the church ultimately becomes the very thing that advances the church.

While in Iraq, I was introduced to a young dentist. He had married two months earlier and decided to work for a Christian relief organization in the dental clinic. When his father-in-law found out that he was going to work for the Christians, he offered the organization $200,000 to not hire his son-in-law for fear of what ISIS would do to him and his family.

“Christ’s resurrection will enable us to meet the hardest places in life and endure its bitterest trials.”  – A.B. Simpson

(This comment is re-posted by permission from Momentum, a newsletter published by the Christian and Missionary Alliance in Canada.) 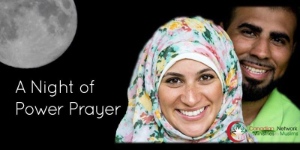 Two other gatherings coming up next week will focus on prayer for the Muslim world, which is, of course, far broader and more diverse than the situation in Iraq and Syria. A ‘Night of Power Prayer’ will be held at Johnston Heights Church in Surrey on Sunday (July 12) and then at Willingdon Church in Burnaby July 13.

The Canadian Network of Ministry to Muslims (a ministry of Outreach Canada) is presenting the evenings of testimony and prayer:

On one special night of the year, a billion Muslims cry out in prayer with their heartfelt petitions. Come pray with people you don’t know, for people you may never meet, that they will hear from the living God. Ramadan began on June 18, and in our neighbourhoods Muslims will be fasting and seeking the favour of Allah. We invite you to bring a friend (or two!) and join us in praying together that on the one night, the Night of Power when they are most expectant of a response, that they indeed would encounter the only Living God.