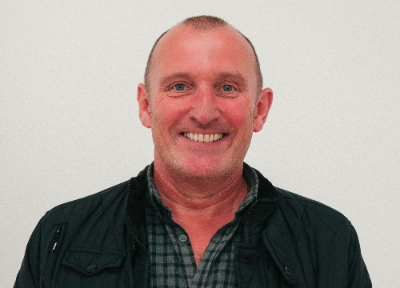 Andy Hawthorne follows three guiding principles in his work with The Message – prayer, presence with the poor and proclamation.

Andy Hawthorne is well known in Britain as an evangelist who has been awarded the OBE for his work with young people in Britain’s poorest communities. However, it is probably fair to say that most of those who heard him speak at a recent Vancouver lunch meeting were not aware of his work. (A couple might have recalled his dance band, World Wide Message Tribe, based out of Manchester in the 1990s.) It is also fair to say that those who heard him will not soon forget his main themes – prayer, presence with the poor and proclamation.

Hawthorne founded The Message, a movement whose purpose is to share Jesus Christ with the hardest to reach young people. There are many elements to their work, but among the most impressive are the 25 Eden projects in Manchester, Merseyside, London, the North East, Yorkshire and Humber regions. 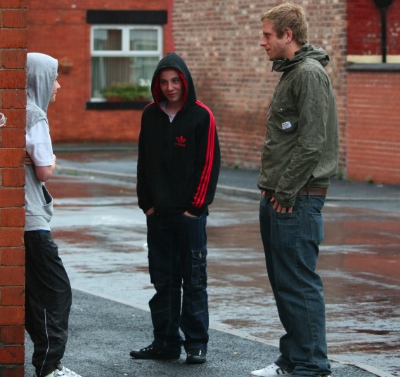 Eden volunteers move into some of Britain’s most disadvantaged neighbourhoods.

Eden is “a partnership between local churches and teams of dedicated youth workers, committed to making a difference to the places where they live. Our teams move into forgotten neighbourhoods where crime and antisocial behaviour are the norm, bringing the love of Jesus and the hope of transformation.”

They recently surveyed the result of the Eden projects over a 10-year period:

Sam Ward, national director of Eden, researched all nine Eden projects planted between 1997 and 2003, noting their rankings in the English indices of deprivation produced by the UK government in both 2000 and 2010.

The Indices of Multiple Deprivation (IMD) figures are generated from data held on income, employment, health and disability, education, skills and training, barriers to housing and services, crime and living environments. They are the government’s most accurate measure of the relative prosperity of every local area in England.

The amazing news is that in all of the nine local areas where we planted Eden projects in this period, every single one has improved in its ranking. For most, the improvement has been dramatic – and one has leapt 13,000 places (there are 32,482 areas).

This doesn’t come as any surprise to us: wherever individuals lives are being transformed, we expect to start to see whole-community transformation, too. As Eden teams have moved into the toughest urban neighbourhoods, sacrificially choosing to live their lives and invest in young people there, positive change always happens. This is the ‘inside out’ effect of Eden. 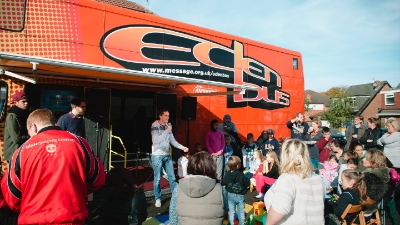 Hawthorne said: “It’s amazing to think that in these areas where we have worked intensively for an extended period of time, we can see a clear correlation with the degree of improvement. Obviously I don’t believe that’s a coincidence, but yet another sign that the gospel really does work like nothing else in transforming whole communities.”

Following are two excerpts by Andy Hawthorne; the first is from Eden Magazine.

My great hero, General William Booth, said in the early days of the Salvation Army: “Never forget we are first and foremost a salvation movement.” As founder of The Message and Eden, I can’t hold a candle to Booth, but I do know it’s my job to say and keep on saying the same thing.

I was reminded of this recently when reading about the incredible missionary movement at the end of the 19th century (my great-grandfather himself went out to India as one of the Salvation Army’s first missionaries).

Hundreds of young men and women laid down their lives to take the gospel to the ends of the earth. At one point in missionary meetings back then, people were invited to go to dangerous parts of Africa with the good news, but warned that average life expectancy of missionaries there was 19 weeks. Yet still, altars were literally crowded with young men and women willing to lay down their lives.

On the back of this kind of amazing commitment, world evangelization was in sight, as wave after wave of men and women went to the far ends of the earth. The church of Jesus was praying, planning, fundraising and sending out its best to fulfil the Great Commission.

Then, tragically, as the 20th century unfurled, we did the opposite of Isaiah 2:4. Our ploughshares were beaten into swords and our pruning hooks into spears. The Christian nations who had sent out the missionaries turned on each other in two terrible World Wars and the foot was taken off the gas of world mission.

Right now, to say we should reach the whole world for Christ, and he really is the only Saviour and Lord, is seen as politically incorrect. Many feel really uncomfortable with this as an absolute. But I’m going to say it anyway and keep on saying it because I know it really is our only hope.

We are meant to be a going people with a commission to take that message from the Lord himself, to the estates of this nation and indeed to the whole earth.

Over the last 17 years, I’ve seen our Eden teams play a part in reigniting some of this missionary fire: going to the nation’s tough communities, often at great personal cost, with the good news of the gospel. Join with me praying for them and spreading the word that we are recruiting for more mission-minded volunteers ready to take the light of the Lord into the darkest places.

This portion is excerpted from Flow Magazine, which printed a longer extract from Hawthorne’s new book, Here I Am, Send Me. 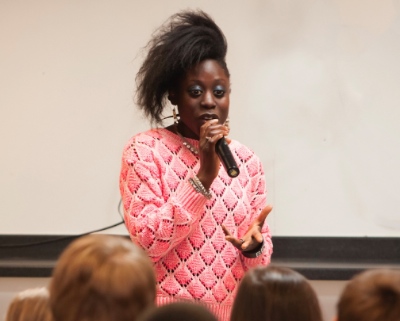 The Message works with schools and other public institutions.

And we are a ‘rivers in the desert movement . . . I believe the life-giving water is going to flow when we see three things flowing down from the mountain of God. They are prayer, presence and proclamation.

One of my key jobs as the leader of this organization, this move of God, is to test the temperature of prayer and ensure we stay hot. I’ve come to realize that the most important thing is not how many people you have working for you, how many people come to your events, how big your budget is or even how big your vision is. The most important thing is how important prayer is to you. . . . Which leads me to . . .

Prayer that doesn’t lead to presence is just piety. Prayer always leads to people being the presence of Jesus in the places that need him most. Once you’ve prayed, you’ve touched the heart of God – and God’s heart is for every broken, lost, forgotten person in your community. My experience and my heart is that Christians are not to be hermits, locked away in ivory towers – we are to be present with the poor, with the weak and with the lonely, just like Jesus was. Through Eden we’ve seen how presence means social transformation, as local areas are changed from the inside out. So prayer leads to presence, but presence must always lead to . . . 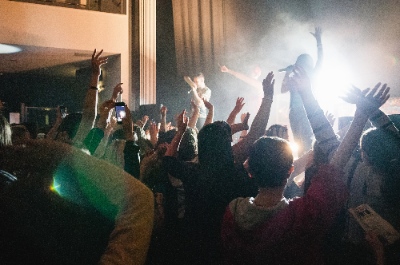 Proclamation is a key value for The Message.

I often ask myself, where are the proclaiming evangelist today? Billy Graham is still preaching through the media to millions, more than anyone else alive probably. That can’t be right – a 95 year old bloke leading the charge! Where are the young men and women, passionately laying their lives down to preach the gospel to the lost. At The Message, we are committed to raising them up. Over the next season, on the back of all this prayer and presence we’re going to shout louder than ever about the gospel. . . .

When we’ve got heartfelt prayer, heavenly presence and holy proclamation happening, we should confidently expect the rivers to flow. Those rivers bring new life to God’s people, his chosen, those he has formed together for his praise. And as far as we’re concerned, God wants everyone to be saved.

Hawthorne has felt led, during 2014, to spread The Message more broadly. While it has been very much a British movement, it launched Eden Salt River in Cape Town, South Africa earlier this year. And he is open to working with partners in Vancouver, or elsewhere in Canada, depending on the response here.

All photos were supplied by The Message.

1 comment for “The Message birthed Eden: A modern-day missionary movement”