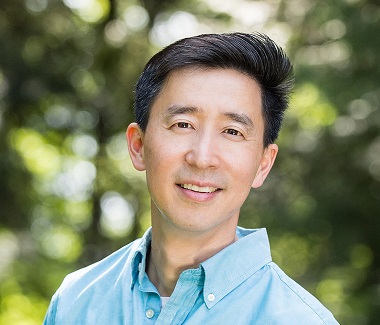 Ken Shigematsu has been chosen as the speaker for World Vision’s annual ‘Church Leaders Forum,’ which will take place in 14 cities across Canada this spring. He will address the topic From Surviving to Thriving April 25 at Cariboo Road Christian Fellowship in Burnaby.

Ken is senior pastor of Tenth Church in Vancouver. He is also author of the award-winning, international bestseller God in My Everything and the recently-released Survival Guide for the Soul.

Those who register by the early bird deadline (March 25) will receive a free copy of Survival Guide for the Soul, from which the following piece is excerpted.

Gratitude also slays the foe of comparison. As a friend of mine says, “Envy is the thief of joy.” Even those who have far more money, talent or resources than others are not necessarily grateful – because they’re often too busy comparing themselves with people who have even more.

We all probably know busy, achievement-oriented people who seem to think that because of their education, success at work or grandiose accomplishments, they are better than the rest of us and therefore are entitled to better treatment.

This attitude not only makes them tedious to be with, but it also makes them joyless, because their expectations about how they feel they deserve to be treated usually exceed their actual experiences.

My friend Pete Scazzero, a pastor and author, asked his literary agent if there was any danger in becoming a successful author.

“That’s easy,” she answered, “I can sum it up in one word: entitlement. Some authors have a lot of influence after they become well known. They change. They walk into a room acting as if everyone in the world revolves around them. They become miserable to work with.”

Now, if anyone in the history of our planet could have had a sense of entitlement, it would have been Jesus. As it says in the book of Revelation, Jesus is the King of kings and the Lord of lords (19:16). If ever there was royalty, if ever there was a VIP, it was Jesus. Yet he never acted as if the world revolved around him or assumed that he was entitled to special treatment. Jesus said, “[I] did not come to be served, but to serve and to give [my] life as a ransom for all” (Mark 10:45).

Even though Jesus is the unique Son of God and has a special and intimate relationship with his Father, he prays, “Father, I thank you that you have heard me” (John 11:42). And even though he was involved in the creation of our planet before he came into the world as a human being, when he receives loaves of bread and fish from a young boy, he doesn’t say, “Hey, these already belong to me.” Rather, he gives thanks to God for them (John 6:8–11).

Jesus did not have a sense of entitlement, and he overflowed with gratitude.

Entitlement kills gratitude. Let’s say you want to buy a car, and so you work hard, save money, go to the dealership and buy a Ford. As you drive your car off the dealer’s lot, chances are that you are not feeling an immense sense of gratitude toward the dealer – unless he gave you an amazing deal. Nor are you feeling thankful for the people who assembled the car, nor to Henry Ford, because it was you who worked for it, saved your money and bought it.

But let’s say that a mere acquaintance comes up to you, dangles some keys and says, “Hey, guess what? I’m giving you a brand-new Ferrari.” If this actually happened to you tomorrow, you would probably jump up and down like a contestant on The Price Is Right. You might even hug the person, grateful to receive such an incredible gift from a person you hardly know.

When we are free from a sense of entitlement, we can become truly grateful.

Giving thanks also paves the way for a person to climb a career ladder, yet remain humble in the process. In the Scriptures, we see Daniel rising to a top position in the government of Babylon. As people observed his life, they were struck by his wisdom, courage and humility. The only way they could explain his extraordinary character was to say, “The spirit of the gods must live in him” (Dan. 5:14).

How did Daniel become a person of such mysterious beauty? He didn’t leave it to chance. When Daniel learned that the king made it a crime punishable by death for anyone who worshiped any god except the king, Daniel risked his life, went home and prayed. Three times a day he knelt and gave thanks as had been his regular practice (Daniel 6:10).

As Daniel offered thanks to God, he was able to stave off any sense of entitlement that could have come with his lofty position, and instead he grew in gratitude and humility.

Colman Mockler, the late legendary CEO of Gillette, was another man who occupied a high post and yet embodied humility. Mockler fought off three hostile takeover bids (even though he could have pocketed millions of dollars if he had capitulated) in order to protect the interests of thousands of employees and the shareholders. Under his guidance, sales and the company stock value soared. Those around him were impressed by his integrity, humility and work-life balance.

Even during the most intense times, Mockler did not significantly reduce the amount of time spent with his family, rarely working evenings or weekends. Mockler was able to build a great company and become a great person because God was at the core of his life.

Even as his work responsibilities grew as the company became increasingly global, Mockler maintained disciplined worship practices. In addition to prioritizing weekly Sunday worship, each morning he would turn his day over to God, praying: “Lord, I have no idea how to make the decisions I have to make today, but I know you do and I’m going to trust you to show me.” 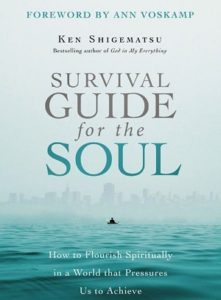 Jim Collins, author of the bestselling Good to Great, describes Mockler as an exemplary CEO and even compared him to Abraham Lincoln. Both Mockler’s and Lincoln’s fierce resolve and humble character were shaped by their deep faith and dependence on God.

Yes, it’s possible to rise to significant heights with tenacity all the while maintaining [a] spirit of humility and gratitude – if we turn to God and give him thanks.