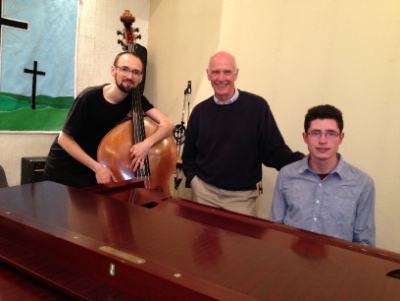 Brian Fraser and Dan Reynolds are two people who are quietly raising the profile for Jazz Evensong.

Fraser, a pastor and historian, has been the half-time minister at Brentwood for the past decade or so. While admitting to a long-time interest in jazz as a worship vehicle, he points to Reynolds, who is pianist for the Wednesday evening gatherings, as a major inspiration behind the event. In turn, McGill-educated Reynolds will point to Canadian-born jazz pianist and composer Oscar Peterson as a “guide.” He was awarded a Peterson scholarship during his McGill jazz studies in Montreal.

Peterson was something of a legend in the jazz and blues world and became known for his skill at introducing Christian worshipers to that vehicle as a means to draw a corporate community closer to God. 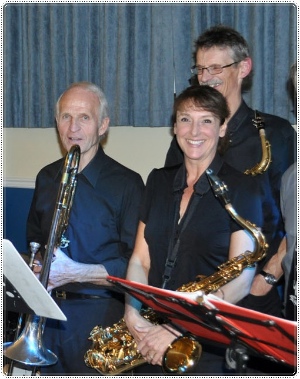 Original Blend will lead the service at The Sanctuary in Brentwood next Wednesday (February 11).

All of which helps to lay the groundwork for the Jazz Evensong / Jazz Vespers scene.

In the 1990s, Fraser was dean of St. Andrew’s Hall, the Presbyterian residence and theological education centre associated with the Vancouver School of Theology. During that time, he met Gordon Turner, then the lead minister at St. Andrew’s-Wesley, who had established the still-popular Jazz Vespers at the downtown church.

When Fraser moved to Brentwood in the early 2000s, the congregation and presbytery were struggling to decide whether the church should be closed. Short version of long story: the determination of the small congregation kept the church open. While it is still not large, it is playing a unique role in the community, not the least as exhibited by Jazz Evensong.

When he is not pastoring, Fraser’s other vocational activity relates to jazz, as well. The product of that work can be examined at Jazzthink.

The jazz worship at Brentwood began with the encouragement of the church’s session (elders).

“We did it once a month on Sunday afternoons,” says Fraser, “moving eventually to Wednesday evenings. It draws 15 to 20 worshipers – coming, as it happens, from about 14 different nationalities.”

Fraser says that Reynolds’ involvement and the encouragement of the main congregation results in being able to draw some of Metro Vancouver’s best jazz musicians.

“They come for the collection. The church does not keep any of the offering,” he quips, explaining that the church cannot afford to pay musician fees. “We hope there will eventually be funding for the program.” 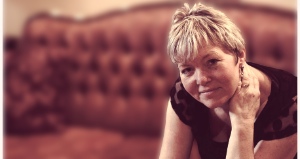 The heart of jazz worship – its “attraction” – is the “chord chart” which forms the basis for the music, building into “everyone (having) the opportunity to improvise. The musicians will play differently every time.

“For Brentwood, it is a model for the church itself. Jesus’ great commandment was to love one’s neighbour as [him/herself],” Fraser notes.

Thematically, they are focusing, this year, on “the wisdom of pastor Paul, with the emphasis that Jesus is Lord. That lordship is leading us into a commonwealth of living out hospitality and justice,” he says, indicating that some of that inspiration is drawn from the teachings of Bishop N.T. Wright, a British Anglican scholar and theologian.

“The prayers are from the Iona tradition,” he explains. The musicians play what they wish. Several verses of scripture are explored and a five-minute reflection from the pastor puts a wrap on the service. 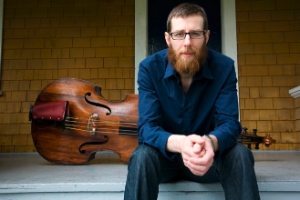 Paul Rushka is working on a doctorate in Jazz Performance Studies at McGill University. He’ll be at The Sanctuary in Brentwood February 25.

“There is a progression throughout the services based on a tag line that “nourishes souls to flourish in the grace of Jesus Christ. That progression moves through worship, learning, fellowship and service. Those four words emerge from the congregation itself,” says Fraser.

He adds there is a sense that “the Spirit works through the musicians, whether they are people of faith or not. All services focus on the music, the rhythm of the short reflection. [For both the musicians and the worshipers,] it is a service of witness. It is a creating space of Jesus Christ . . . inviting people into that space so Jesus can encounter them.

Fraser would like readers to take particular note of the April 1 service, during which Dan Reynolds will present a ‘Return of the Prodigal’ suite.

He also has a few words to say about the current “repurposing and upgrading” of the Brentwood Church’s sanctuary, to be known henceforth as ‘The Sanctuary in Brentwood.’ The idea is for there to be both an integration of space for worship for the two congregations meeting there and a “community arts venue” which will, in effect, broaden the usefulness of the building in the neighbourhood.

About the repurposing, he quotes several community leaders supportive of the initiative. Four are included here:

“I have performed at and listened to performances in The Sanctuary in Brentwood. I have found it to be very acoustically pleasing on both sides. Having the church become a community arts venue would be an invaluable addition to the City of Burnaby and I am 100 percent behind it.”

“A wonderful, small and intimate space for hearing live music – hard to find these days. The high ceiling provides room for grace notes and graceful conversations. It is small enough to be intimate, yet big enough for an event. The Sanctuary in Brentwood offers the community a place to retreat and engage with musical excellence.”

“I really enjoy performing in The Sanctuary in Brentwood. I’ve always found the sound in the room to be inviting and conducive to presenting music. The piano is a beautiful instrument with a very clear, natural and balanced sound.”

“Musicians, actors, poets, writers, puppeteers and other artists have indicated that they would value a 100-seat venue available at a reasonable price with ample parking in the Brentwood neighbourhood of Burnaby. Brentwood Presbyterian Church has just such a venue and is seeking to upgrade the space to be suitable for this kind of community activity and service. In addition to arts events, the space would be available to community groups for meetings, workshops, lectures, etc. I am in full support of this long-established community organization moving in this new direction.”

For information on both Brentwood’s Jazz Evensong and the two Jazz Vespers series, go to the Events page on Church for Vancouver and search for ‘Jazz Evensong’ or ‘Jazz Vespers’ where is says ‘Event Name.’