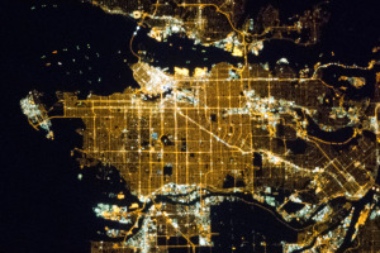 The Vancouver Consultation is a year-long process which will culminate in a capstone gathering November 24 – 25.

“If you had to prove that God is alive in Vancouver, where would you take people to show them? What is God doing in our churches and communities – where do you see signs of hope and deep flourishing in our city?”

These are some of the questions that pastors and ministry leaders in the City of Vancouver will be discussing in a series of 10 neighbourhood focus groups in January and February, to kick off the Vancouver Consultation.

Over the next year, the Vancouver Consultation will use a process honed in 250 cities worldwide to engage leaders across the diversity of churches and ministries in

1. If we had to prove that God is alive and active in Vancouver, where would we take people to show them? What are the signs of hope and deep flourishing in our churches and neighbourhoods?

2. How does our city hold up false images (idols) of “the good life,” and then reinforce harmful personal habits and social structures in order to attain it?

3. How is the Holy Spirit prompting us to encourage, learn from, and cooperate with each other as well as with people of good will so that we become catalysts for peace and wellbeing?

Ray Bakke is one of the pioneers of contemporary urban ministry. After pastoring for 20 years in inner city Chicago during the turbulent 1960s and 70s, he went on to establish leading graduate programs of urban missiology in Chicago, Seattle and Hong Kong. Along the way, he crafted this city consultation process for the Lausanne Movement and authored influential books such as A Theology as Big as the City and The Urban Christian.

Glenn Smith runs Christian Direction (Direction Chrétienne) in Montreal, our nation’s most robust faith-based backbone agency for collective impact in a city: their purpose is “to see God transform urban communities by the concerted actions of committed Christians.” Smith studied under Bakke and is one of the foremost experts on mission in Canadian metropolitan contexts and in Francophone cities globally. He was a plenary speaker at Missions Fest Vancouver in 2014.

God wants us to see and to love our city the way he does. Vancouver is celebrated as one of the most livable urban regions on the planet and represents in many ways the desired future of cities. As a primary gateway city between Asia and the West, it is globally significant in fashioning culture and signalling sociological trends. But our very success as a city masks profound spiritual confusion and social dysfunction.

God wants us, his church, to join him in seeking after the shalom – the holistic wellbeing – of our city. Why? Because this is our calling as his people, and because he has bound our own shalom to our city’s (Jeremiah 29:7). He is already empowering us through his Spirit to labour effectively for the spiritual and social transformation of our neighbours and neighbourhoods. If together we say yes to God, Vancouver can become an ideal laboratory for 21st century mission in, to and from cities around the world.

There will be ongoing dialogue and prayer throughout the year, as well as a number of public events and opportunities for parishioners to get involved, with a capstone gathering November 24 – 25. Invited observers from the cities surrounding Vancouver will participate, with the hope that the consultation process will be replicated in those communities over the following couple of years.

Jonathan Bird is executive director of CityGate Leadership Forum, which exists to help churches, charities and change-makers work with the poor to pursue the well-being of the people and places of Greater Vancouver.

Flyn Ritchie publishes Church for Vancouver, which posts stories about the city and includes extensive job and event listings. He was formerly publisher of BC Christian News.