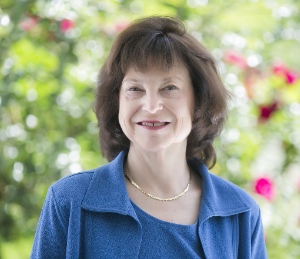 Ellen Charry will speak three times as part of the Laing Lectures at Regent College in February.

Ellen T. Charry, the Margaret W. Harmon Professor of Systematic Theology at Princeton Theological Seminary, will deliver a series of three lectures on the topic ‘Christian Theology as a Guide for the Emotions’ on February 19 and 20 at Regent College as part of the 2013-2014 Laing Lectures. Holly Rail asked her to elaborate on the emotional and psychological side of theology – and how she arrived at this interest.

Holly Rail: You came to Christ as an adult with no Christian upbringing. What led to your becoming a Christian and then a Christian theologian?

Ellen Charry: I became a Christian after studying the major world religions. History taught me that next to nationalism, religion is the most dangerous set of ideas to which humans cling. Like the Enlightenment philosophes, I thought that because it is so dangerous, we should get rid of it.

But the more I studied, the clearer it became that we cannot get rid of religion. We need it to make sense of things and to provide direction for life. So, I decided we need to have religion be as safe as possible. That is why I became a theologian.

After examining the world religions, I realized that I needed a place to plant myself, a place from which I could make sense of things and I found it in Ephesians 2:11-22. I found it more compelling than Marx or Freud or nationalism or any aspect of my personal identity.

HR: What attracted you to your initial academic training in social work? And how has this training influenced your subsequent theological studies?

EC: I am a child of the 60s; we thought we could make a difference. I marched and protested against what looked to us like injustices and against the Vietnam War. I was a sociology major in college and did volunteer work organizing rent strikes in rent controlled buildings in Spanish Harlem. I also helped with a project analyzing the effects of gentrification on the lost men in skid row areas of New York City.

While one professor suggested I pursue sociology, I wanted a more activist role, so I went to social work school where I turned toward psychology. My activist and social work background still presses me to examine how religion, in this case, Christian theology, affects the people it touches, especially emotionally and psychologically. How does it shape how people see the world and themselves? What does theology do to its adherents?

HR: Tell us about your current project in ‘positive theology.’ You have said that you are “reading positive psychology to help theology turn from pathology to strength.” How did you come upon this potential relationship? And how do you understand the relationship between theology and psychology?

EC: Christian theology has rarely been examined for its psychology, although Augustine was perhaps the first great psychologist. Christian beliefs and practices make psychological assumptions all along the line and intend to affect people psychologically.

The western belief that people not only commit sins but are fundamentally sinners intends to cultivate a negative self-concept, leading people to feel bad about themselves, look away from themselves, or become humble and turn toward God to do and be what they cannot do and be on their own.

The goal is a kind of moral helplessness. The psychological assumption here is that people naturally think well of themselves and need to be pointed in the opposite direction that is more honest and realistic in order to contribute constructively to the well-being of society.

I read positive psychology to see if it can help theology have a more balanced view of human psychology than a strong Augustinianism seems to permit. I seek to articulate theologically warranted strengths that Christians can rely on for the sake of their own flourishing and that of the societies to which they contribute.

HR: How would you say your current project is related to your earlier works, especially the books, By the Renewing of your Minds and God and the Art of Happiness?

EC: My current work will follow the path I carved out in Renewing and in God and the Art of Happiness.

In the first book, I argued that many Christian doctrines have pastoral ends, that is, they seek to shape thinking in socially salutary ways. In the second book, I argued that there is a largely unrecognized theological tradition designed to promote human flourishing that we may identify as happiness, as divine guidance for a morally strong life that is socially salutary.

Both books assume that an important task of theology is the harmonious functioning of society by psychologically and socially healthy individuals.

I am looking specifically now at how theology treats the emotions for their social implications. Specific emotions that might be considered are anger, empathy, fearfulness, gratitude, grief, hatred, hopefulness, indignation, jealousy, joy, love, playfulness, regret, sadness and confusion.

This interview was originally published by Regent College on its website. Holly Rail is conference coordinator (External Relations Department) at Regent College.