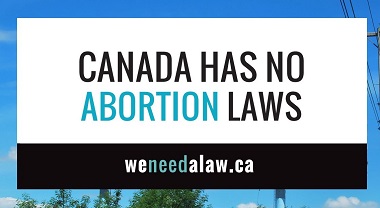 The group ‘We Need a Law’ has initiated a Summer Billboard Campaign this year. Paul Schratz would like to at least be able to start a conversation.

When U.S. President Donald Trump announced he would name a new pro-life justice for the Supreme Court, critics called it the launch of a new “War Against Women.” One columnist summed it up fatefully: “If abortion is illegal, women will die and go to prison.”

On cue, Trump nominated Brett Kavanaugh and the abortion faithful cranked up their protests. A liberal activist called the decision “a five-alarm fire.”

Give them credit for hyperbole, but the overturning of Roe v Wade, the U.S. abortion decision, would not in itself lead to new restrictions on abortion, says one pro-life expert.

What it will do, says Richard Doerflinger, is open up more discussion to pro-life viewpoints, which won’t be “excluded in principle from that debate, blocked in advance by what the court calls a constitutional right.”

In this country, the only abortion debate we’re allowed to have is whether bubble zones should be 50 metres or 150 metres. Canadian pro-lifers are increasingly losing the right to free speech, assembly, and lately the right to access government funding thanks to Canada Summer Jobs program requirements.

If it weren’t for the muzzle imposed on the topic, we might actually be able to talk about the fact Canada is an international outlier, one of three countries that don’t limit abortion in any way. (We’re in the proud company of North Korea and China.)

The evolving abortion scene in the U.S. makes this a good time to remind Canadians that just because it’s hard to have a conversation on abortion here doesn’t mean it’s impossible.

We have plenty of difficult issues: housing, pipelines, crime, drugs, transportation, health care, immigration, climate change . . . people share intense differences of opinion all the time. There’s no reason abortion should be the one topic that’s off the table.

We can start the conversation by acknowledging Canadians largely occupy the broad middle ground on abortion, uncomfortable with a complete ban on abortion but favouring restrictions.

Yet you can throw a dart at a map of the world and be fairly certain of hitting a country that limits abortion more than we do. They still permit it, so they’re not perfect role models, but the most liberal nations in the world concede there’s a public interest in the life of the unborn. Are we really prepared to say a country like Sweden is conducting a war on women because it has a gestational limit and offers pre-abortion counselling?

We’re entitled to have a national discussion about the consequences of three decades of unrestricted abortion. Instead we only hear from one side proclaiming a mythical constitutional right to abortion, while the other side is intimidated into silence.

Public awareness would be a small but significant start. We’re regularly exposed to awareness and outreach campaigns on everything from the harmful effects of smoking and bullying to the benefits of exercise and organ donation. Would it really be a huge stretch to see public service announcements about the risks of abortion, the availability of crisis pregnancy centres or reasons to consider adoption?

While we’re discussing the common good, let’s also raise the issue of taxpayer funding of abortion for any and all reasons, including sex selection. If we ban the use of sex selection for in-vitro fertilization, why on earth would we allow it, and pay for it, to end a baby’s life? It’s part of the hypocrisy that makes every abortion “medically required,” while actual health care like PSA prostate tests, dental surgery and insulin for diabetics don’t make the grade.

Of course, pro-abortion interests will scream that the country is being hijacked by extremists using The Handmaid’s Tale as a template to put women in shackles. Ignore them. Absolute lawlessness on the issue has reigned for three decades, and we’re due for some common sense measures to reverse the unrelenting promotion of “choice.” 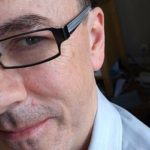 If every U.S. state and every other country in the world is able to recognize the interests of the unborn in some tangible way, I have no doubt Canadians can too.

Paul Schratz is responsible for the communications office of the Roman Catholic Archdiocese of Vancouver. This comment first appeared in The B.C. Catholic July 11 and is re-posted by permission.

Another recent comment offers some reasons to hope that things may change: Pro-life movement is gaining traction in Canada: here’s why.

← Scholars urge us to read The Pilgrim’s Progress and other Puritan treasures
Around Town: Community Benefits?, Folk Fest, Indigenous leaders . . . →