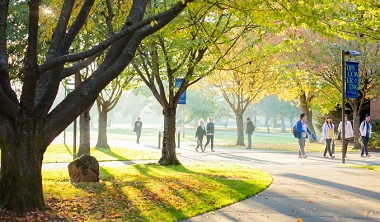 Despite Trinity Western’s exemplary accomplishments, some oppose it just because it is based on biblical principles.

At the end of this month, lawyers representing Trinity Western University (TWU) will appear before the Supreme Court of Canada to argue for the university’s right to operate a law school. (The arduous process has gone on for several years now; see the timeline here.)

As the final court appearance nears, TWU president Bob Kuhn made a statement October 30 before a House of Commons committee studying Islamophobia and “systemic racism and religious discrimination.”

Trinity Western University is the largest faith-based university in Canada. I am privileged to serve as the president of this Christian university, which has a student population of more than 4,000 students. It has served a very important function within the fabric of Canadian higher education for over 55 years, and is a university that carries on in the proud tradition of many great universities around the world that were founded on faith-based principles.

Despite its stellar reputation, in recent years Trinity Western has become the subject of a national debate, a debate that finds its genesis in prejudice and systemic religious discrimination against Trinity Western University.

Many Canadians have never heard about Trinity Western, though it offers a wide range of undergraduate degrees (43) and graduate degrees (19) in the liberal arts and sciences, as well as professional schools in nursing, education, clinical psychology, human kinetics and business.

It is also home to the Associated Canadian Theological Schools, as well as the Canadian Institute of Linguistics. Immediately adjacent to the main Langley, British Columbia campus is Catholic Pacific College.

The university has a campus in Richmond, British Columbia, and operates programs in Washington State as well as providing a unique program of leadership training at the Laurentian Leadership Centre here in Ottawa, which includes internships in the offices of MPs and elsewhere here on Parliament Hill.

Trinity (also) offers a Complete Champion athletic program that trains elite athletes to successfully compete at the highest levels in university sports against public universities with student populations 10 times the size. Over the past 15 years Trinity Western teams have won 11 national championships, 23 Canada West championships and many medals.

Trinity Western University is not just an excellent academic institution with winning sports teams. It is a Christian community that cares deeply about all its very diverse students, who in turn care deeply about the needs of others, whether they are in the Downtown Eastside of Vancouver or recent refugees from war-torn countries around the world. Approximately 65 percent of the student body participates each year in student leadership, International service trips, community service and outreach, including working with prison populations, sex trade workers, First Nations groups and Habitat for Humanity.

You would think that a university with such a remarkable history, extraordinary nationally and internationally recognized faculty, and exceptional students and 24,000-plus alumni, all of whom chose to come to Trinity Western University, would not be subjected to exclusion and rejection because of its traditional biblical beliefs. 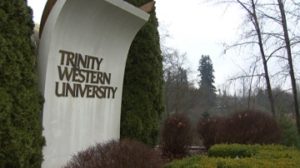 This is especially so when Trinity is mandated by the Trinity Western University Act to provide a university education “with an underlying philosophy and viewpoint that is Christian.” But, despite its successes, and despite it providing its education and community service without government subsidy, it has consistently been the subject of religious discrimination.

Some of you may be aware of the decisions made by three provincial law societies in Canada (Nova Scotia, Ontario and even our home province, British Columbia), each of which rejected the ability of graduates from Trinity Western’s proposed School of Law to enter the practice of law in those provinces.

This was despite approval having been given by the National Federation of Law Societies, and the Minister of Higher Education in British Columbia. Further, there is universal acknowledgement that TWU law school graduates would be fully qualified. They would be considered by the law societies fully qualified except for the fact that they were graduates of a Christian university.

The sole reason for their rejection: Trinity Western University, as a Christian university, and consistent with the views of most of the other major world religions, subscribes to the traditional definition of marriage, as being between one man and one woman.

This position taken by three law societies seems to ignore the safeguard given to organizations such as Trinity Western when the federal government clearly set out in the Civil Marriage Act (2005) that, “nothing in this Act affects the guarantee of freedom of conscience and religion and, in particular, the freedom of members of religious groups to hold and declare their religious beliefs”, and confirmed that “it is not against the public interest to hold and publicly express diverse views on marriage.”

It appears that government, quasi-government and other organizations and corporate entities prefer to ignore that important statement of principle.

Because of these decisions by these regulatory bodies, which are empowered to bar entry into the practice of law, TWU has been compelled to apply to the courts for judicial review. At the end of November, these issues will again be before the Supreme Court of Canada, despite the Court, facing similar facts relating to approval of Trinity’s School of Education, having ruled in favour of Trinity in 2001.

Of course, if the powerful law societies can discriminate against students graduating from Trinity Western, then what is to stop other organizations from discriminating against its 24,000-plus alumni or its 300-plus faculty members? In fact, this is exactly what has happened over the past couple of years while this matter has wound its way up to the Supreme Court of Canada yet again.

In one case, Bethany, a recent graduate of Trinity Western applied for the advertised position of wilderness guide, having a great love for the outdoors and a sense of adventure. The prospective employer refused to hire her and responded as follows:

. . . considering you were involved with Trinity Western University, I should mention that, unlike Trinity Western University, we embrace diversity, and the right of people to sleep with or marry whoever they want, and this is reflected within some of our staff and management. In addition, the Norse background of most of the guys at the management level means that we are not a Christian organization, and most of us actually see Christianity as having destroyed our culture, tradition and way of life.

The British Columbia Human Rights Tribunal ruled in favour of Bethany, awarding her damages, expenses and costs, and in its decision found that:

The employer “discriminated against [the Trinity Western student] on the ground of religion by harassing her for her presumed religious beliefs and declining to accept her application for an internship, in part because of those beliefs.

In human rights jurisprudence there is the principle of “accommodation.” The essence of the duty to accommodate can be described as a requirement that employers make every reasonable effort, short of undue hardship, to accommodate an employee who is protected by a ground of discrimination, including religion, as set out in Canadian human rights legislation.

It is alarming that the concept of accommodation is not referenced when authorities or other organizations engage in rapid and reckless response to shifting social values by drafting and implementing policies that govern or negatively affect vulnerable religious minorities.

The effect of attempting to privately or publicly legislate nondiscrimination can easily result in politically or ideologically motivated prioritization of societal values. That is, governments, organizations and individuals create and enforce a hierarchy of discrimination, without a means of balancing potentially conflicting interests.

In the process, the concept of accommodation is eliminated entirely in favour of an immutable, pre-established hierarchy. In essence we are told that in the name of diversity we are not welcome. In the name of tolerance . . . we must conform to society’s secular moral judgments to participate at the table of pluralism.

Trinity Western University and its students, faculty and staff experience significant financial, emotional and systemic discrimination in relation to everything from treatment of its alumni and professors in their professional and employment context, to exclusion from government funding or the benefits of membership in key organizations.

In effect, as was stated by some the benchers at the Law Society of British Columbia, if Trinity Western University would forgo its religiously informed community standards it would receive the majority’s acceptance and the approval to engage in the education of lawyers. Of course, this is the very definition of religious discrimination. 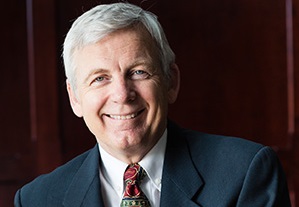 This comment (slightly modified from the oral presentation on the committee site) is posted by permission. Go here for more information about TWU’s proposed law school.

The Evangelical Fellowship of Canada is strongly supporting Trinity Western:

Sunday, November 26 is a day set apart to pray for the successful resolution of the Trinity Western University law school case, which will be heard in the Supreme Court of Canada on November 30 and December 1. This day of prayer is an initiative of The Evangelical Fellowship of Canada and the Canadian Council of Christian Charities.

Because of the broad potential implications of this case, it is also a day to pray for the future of religious freedom in Canada. Free resources are available for you to download and reproduce for your church or other group.

Go here for a one-page summary of the facts and their significance and here for a bulletin insert.

Also on the 26th, Missions Fest and Hope Vancouver invite you to join them for City-wide Prayer on Zoom, which will focus on Trinity Western’s law school, freedom of religion in Canada and Mission Fest Vancouver.