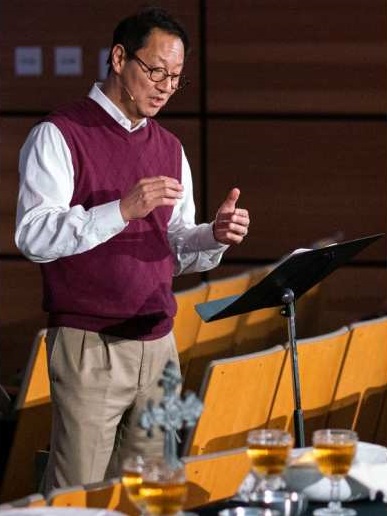 Even though Santa Ono presides over a secular university, the University of B.C. president doesn’t hide that he is a Christian. Ono recently gave a sermon on campus at Tenth Church Point Grey, the offshoot of a large evangelical congregation in Vancouver, which gathers on Sundays in a lecture hall on West Mall.

Vancouver School of Theology professor Jason Byassee has put together this guest opinion piece for The Vancouver Sun, in which he describes the powerful role that Ono can play in drawing people to Christianity. It’s more than fair to say that Byassee’s piece is “evangelical,” in that it advocates for a particular worldview and church.

But Ono is not the first UBC president to be openly Christian. Stephen Toope (2006-2014) also was an active Anglican, married to a Jew, who once told me that students and staff had made it clear to UBC officials through surveys they feel the campus is “ruthlessly secular,” in effect making it what some may now call an “unsafe” place for people of faith.

Here is Byassee’s guest column. It’s followed by a sidebar, in which Ono explains his support for people of all faiths, and atheists, on campus.

Contemporary universities are often aggressively secular places. Canada is a highly post-Christian place, and the west coast is the most progressive part of Canada.

If these sweeping generalizations are at all correct, then the campus of the University of British Columbia ought to be one of the most irreligious places on planet earth.

And also one of the loneliest. Some one in five students on a campus like UBC will struggle with mental illness in their lifetime. Nearly a quarter of members of Gen Z have been diagnosed with depression. According to the BBC loneliness experiment, 40% of 16 – 24 year-olds say they feel lonely “often” or “very often.”

In the church, we get a lot wrong. If you have a list, I have a longer one – I’m in the business. But one thing we do really well is community life. Whoever you are, come to church and we’ll hand you a cup of (usually bad) coffee, ask your name, learn a little about you and, if you’re not careful, put you on some godforsaken committee.

This is an odd case where what our culture needs – personal connection – the church provides really well. Robert Putnam gave language to the trends of crushing loneliness in the 1980s when he noticed more people were bowling than ever but fewer people were signing up for leagues. As individualists we prefer our autonomy and get loneliness in the bargain. Spiritually speaking, people have souls as they ever have. They’re just not going to church. They pray, but have no one to phone at 3 am when they really need it. 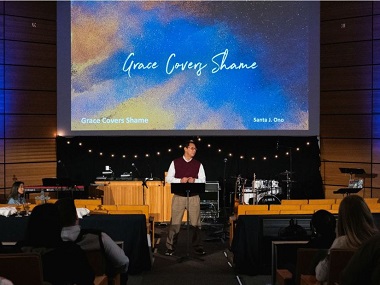 Perhaps that’s why a recent church planting initiative on the UBC campus stands a good chance of catching on. Tenth Church Point Grey, meeting in West Mall, saw some 300 people attend a recent preview event in advance of weekly worship starting this fall.

The Christian and Missionary Alliance congregation already has some 2,000 people attend weekly in its four sites in Metro Vancouver, and some 5,000 turn up for its Easter and Christmas extravaganzas. I wouldn’t bet against its new UBC initiative adding significantly to those numbers.

Church “planting” is the newest initiative among evangelicals with which the public at large is often less familiar. Headlines have trumpeted the existence of enormous megachurches, led by celebrity pastors, and even more enthusiastically announced their moral struggles.

What is less widely known is that evangelical churches are often not usually trying to grow giant congregations any more. They rather seek to “plant” as many congregations as possible, often smaller individually, but multiplied in the aggregate. The horticultural metaphor of “planting” is telling. You take a graft from an existing congregation – say, several dozen people – and you put it in what you hope will be promising soil elsewhere.

And this could benefit the whole campus – especially in its loneliness epidemic.

Students arriving at places like UBC now have spent their entire lives on screens. Their adroit online lives and muscular thumbs are often paired with remarkable interpersonal awkwardness. A chaplain friend in Michigan has the same response whenever she sees a teary sophomore with a tale of a breakup: was this in person, or online? If the latter, she instructs this way: go see them in person, post-haste. That blessed sophomore already has something in her life that many university students do not: an in-person older adult who cares about her. UBC Point Grey is ready to offer that gift to students hundreds of times over.

This particular worshiping site has several notable features. One, it is already much larger than similar worshiping communities on or near campus. There have been Christian and other communities of faith at UBC since before the university’s official founding, but these often remain small.

Yet an annual gathering called Chapel UBC in the Chan Centre starts the academic year sees more than 1,000 students attend. Many of these students come from Christian families across the Pacific or across the Port Mann Bridge. Not a few folks from the Fraser Valley have told me tales of their bright children going off to UBC and losing their faith. They are encouraged now in the other direction by the outward-facing faith of one singular personage:

The scientist-cellist-polymath has spoken in moving ways about his personal faith in Jesus Christ. Friends in InterVarsity Christian Fellowship intervened when a troubled freshman drank too much and tried to throw himself out the window of their dormitory. They prayed with him, encouraged him, and followed up with him. Young Santa never forgot.

Now he is a powerful spokesperson on behalf of those facing mental health crises on campuses, and has been fêted for that internationally. He also served on InterVarsity’s national board while president of the University of Cincinnati.

He has spoken at chapel, preached at Tenth Church, keynoted the BC prayer breakfast, and he attends Tenth on his own time. A man adept at standing out, with his bow ties, his tall frame, affable manner and that steel-trap memory (I defy you to find a name he can’t remember), manages to blend in largely unnoticed when he worships at Tenth. He not only knows how to grab attention (witness his Twitter presence), he knows how to avoid it. Tenth is not about him.

Yet Ono’s presence matters. Of the roughly 225 folks at Tenth Point Grey on any recent Sunday, only one draws the whispers, elbows in the ribs and unobtrusive pointing fingers. When Santa spoke at the church, we hit 380 attendees. Ono’s presence conveys approval, status even, which all people seek, but evangelicals in western Canada often find elusive.

Ono knows he’s responsible to represent every kind of group on campus well. He wrote me via email that “I . . . try my very best to be present at events of each faith group represented on campus and to be equally supportive of each group as well as non-believers.” His successful early tenure at UBC shows the fruit of his herculean personal effort.

A Muslim administrator on campus told me of one of President Santa’s first meetings with faculty and staff on an early Monday morning. “I was at church yesterday,” Ono said, before pausing, as if genuinely curious. “Anyone in here also in church yesterday? No one? Okay, as I was saying . . .”. My friend laughed, with appreciation, at the public display of religion with which Muslims are often more comfortable than secular westerners. This group just had its greatest diversity challenge in some time.

Maybe with UBC Tenth’s likely success as a church plant far more such challenges are to come.

I am often asked how I reconcile my personal faith with my role as president of a secular university. It is something that I have thought about for over 15 years. Earlier on in my career, I was not clear on how I could reconcile my faith and my occupational responsibilities. But at the present time, I am now comfortable with where I have landed.

I therefore try my very best to be present at events of each faith group represented on campus and to be equally supportive of each group as well as non-believers.

However, I do not think that means that I need to hide my own faith.  This is of course true for any other profession.

I think it is healthy for members of the university community to know that the diversity of faith groups are represented throughout the institution. I happen to be Christian, but other leaders at UBC observe other faiths or do not believe.

With respect to Tenth Church at UBC, I am happy that both Christians and individuals who are exploring their faith, have such a fine community to consider joining. It adds to the various faith groups already available on campus.

I don’t really think that I had much of a direct role in/impact on Tenth  Church at UBC. At most, I tried to be supportive of Pastor Ken Shigematsu and others as they deliberated about launching a church plant in proximity to UBC.

Now that it has become a reality, I’ll be rooting for it, just as I do for all faith groups on campus.

Jason Byassee will offer “new insights on Christian witness in the post-Christendom West,” based on his recent sabbatical in Britain, at St. Andrew’s Hall (UBC campus) this Saturday (November 2): Any Idiot Can Grow a Church in London.

← World Evangelical Alliance theme: `Thy Kingdom Come`
Lament for loss of sanctuary in the heart of Kitsilano →