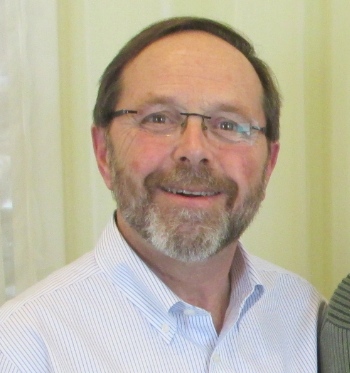 Glenn Smith shared his insights from more than 30 years of engaging with the city of Montreal when he was in Vancouver last week.

The political complexion of Vancouver and the surrounding municipalities will change this Saturday, as we elect new mayors and city councillors. Individual Christians will vote according to their conscience and their political leanings.

That is fair enough – no one is suggesting there should be a unified church-based voting block – but it does lead one to reflect on how much attention most Christian communities and individuals have devoted to understanding and engaging with the city around them.

Last week, Glenn Smith, along with Ray Bakke and Richard Long, introduced a receptive audience to the fundamental importance of grappling with urban issues, at the Tools for Neighbourhood and City Transformation event (more on that next week).

Glenn described the impressive work he has done with Christian Direction in Montreal for more than 30 years. A key component of their work has been to exegete specific areas of Montreal as they seek to make a difference in the city. Rather than imposing a framework on what is going on in a city, Glenn said, Christian Direction has been exegeting – learning from – boroughs (neighbourhoods) and the city. “If you don’t exegete your neighbourhood before you start,” he said, “you’ll run into troubles.”

The work of Glenn Smith and Christian Direction is not about politics per se – certainly not about the details of specific elections – but it is about caring for one’s city for over the long haul. The vision that develops out of careful exegesis “has given churches something to dream about  . . . while bearing witness to Jesus.”

Here Glenn provides some guidance as to how a concerned group of Christians could go about exegeting Vancouver and its neighbourhoods. It would be an overwhelming process for any one church, but churches working together could make it possible. (This is just an introduction; we hope to have Glenn back in Vancouver for a day early in February to explain the process more fully.) This work, if undertaken in Vancouver, should provide a better platform for understanding municipal issues. 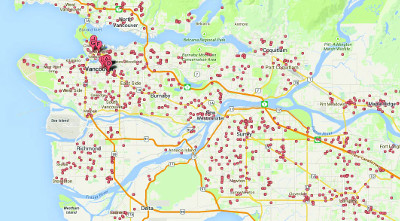 Glenn Smith has taught leaders in many cities around the world how to exegete their neighbourhoods.

There is no ‘magic formula’ for tackling urban ministry. In the following suggestions, we are attempting to facilitate how one implements a strategy to reach a specific segment of a metropolitan area.

F.B. Meyer once wrote, “Christian missionaries should be strategists, expending their strength where populations teem and rivers of world-wide influence have their rise.” In this context, it is little wonder that we must rethink our urban strategies.

There are few experts in this field, not many with great experience to share with newcomers. Humility and teachableness are absolutely essential. Referring to the urban masses, William Booth, of the Salvation Army, asked his volunteers, “Can we weep for them? If you can’t weep, we cannot use you.”

1.     Compile a list of significant historical events that inform the community’s identity. These could be specific, historic conflicts that took place, such as a war or dispute; specific unifying events such as the city coming together to fight a massive fire; specific decisions that leaders made such as the building of a community centre; or something that happened that gave people hope, such as a person doing something heroic or selfless.

These will provide clues to the best way for the church to focus its energy. Begin this step by reading about the community. The local library or historical society is where we always begin.

Study the history of the city, particularly its growth patterns.

2.     Understand clearly the sections or zones which make up the city:

. (Find out from city planners and real estate offices where city populations are expected to move, where commercial and industrial zones will develop and which areas are slated to undergo major changes.)

Isolate the sectors of your larger community. This represents the functions of a city.

To understand a neighbourhood you must walk the streets, talk to people, insiders and outsiders:

When examining the data, notice the criteria used. When walking the streets, watch for the impact of these on the neighbourhood.

4.     Determine and analyze the power centres in the city – the political figures, the police department, the religious leaders.

5.     Analyze the felt needs of specific people groups within the city. You are looking for indications of receptivity and ‘keys’ which may unlock doors to homes and hearts. Felt needs vary from group to group. In some communities, such things as personal illness, loneliness, physical hardships, insecurity in terms of housing, property rights and the threat of losing one’s dwelling are very real. In other neighbourhoods the felt needs may be entirely different.

Addressing felt needs is essential to holistic strategy. From the felt needs, the missionary moves to peoples’ ultimate needs and shows how Christ meets both.

6.     Examine the traffic flow of the city. Just as successful advertisers know where to place their signs, missionaries must know where to build their churches, where they can readily be seen and reached.

Find out where each of the following is located:

7.     Seek to discover how news and opinion spread in the city, and in particular groups. Mainly through conversation? By radio, TV? Who are the idea-people, the opinion-makers? Subscribe to the weekly publication in the area. Read it faithfully.

8.     Examine the relationship between city-dwellers and the rural, small-town communities outside the city. Do certain segments of the urban population maintain strong ties with their rural cousins? Is there a lot of travel and visiting between city and village? What are the present immigration patterns from the countryside? How might the urban-rural interaction be used for the spread of the gospel and multiplication of churches?

9.     Churches in the city – locate them on a map, identify them by denomination and even by size and age. Reflect on what the church map shows.

10.   Analyze the various types of existing churches. Common types as found in many cities are:

Consult a directory for a list of congregations in your milieu.

11.   Find out the growth patterns of the various churches – attendance, membership, rate of growth. Try to determine the nature of the growth – transfer, conversion, biological?

12.   Inquire about church planting in the past several years; who has tried it, who has planted churches, and why/where did they succeed? Learn all you can from them.

13.   Who is planning to start new churches? Where and among which people groups? Find out all you can from church and mission sources as to what is being planned for the city.

14.   Strategies – what has been tried in the past, what has failed, and what was effective in starting churches and stimulating growth? Analyze the information you receive. In the light of recent church growth studies, what has been done right in this city, and where ought things be done differently?

15.   Christians and non-Christians – where are the Christians located (which may not be where they attend church)? Identify areas of the city where relatively few Christians live.

16.   Identify Christians in positions of influence in the city – in business, politics, the media, education, entertainment, sports. Analyze their potential for wider spread of the gospel and assistance in planting churches.

17.   List and analyze the parachurch ministries operating in and to the city. How might each contribute something to the overall strategy? Are there some you may want to avoid because they might have a negative influence on church multiplication?

18.   Make an inventory of all possible personnel resources that might be tapped for the carrying out of your church planting strategy. For example, are there Bible school or seminary students available to help with door-to-door calling? Could workers be borrowed from existing churches to help plant new congregations?

19.   Evaluate all known methods for planting churches in the light of what you know about this city, its history, people, existing churches and particular characteristics. What methods have proven effective elsewhere, appear appropriate for this city and certain of its communities, and are within the capabilities of your resources.

20.   List and evaluate the community agencies (private, religious and civic) that are designed to meet particular needs (literacy, overnight shelter, emergency food and clothing, etc.) and consider how their help can be incorporated into your overall strategy.

[1] Every five years, Statistics Canada does a census. Every 10 years they ask questions about religion. You can consult Christian Direction (www.direction.ca) for help on using the data.
Go to Christian Direction’s website to see the range of their work. To get a sense of what could be done in Vancouver, see the Our Work section in particular.
Share this story