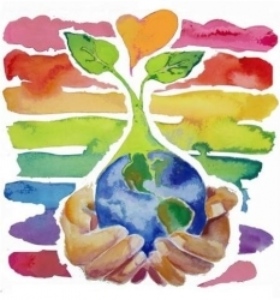 In OMF we define creation care as “the responsible stewardship by humankind of the earth and its life forms, for the Lord’s sake.”

We believe that “The earth is the Lord’s, and everything in it” (Psalm 24:1); that we are called to work the earth and take care of it (Genesis 2:15); that the church, as God’s redeemed community, has a responsibility to care for creation as an expression of his
kingdom; and that we cannot truly love our neighbours without caring for the land and ecology on which they – and we – depend. We need to care for both people and places.

What is new about creation care in the mission of OMF?

OMF will be celebrating its 150th anniversary in 2015.

In response to the severe famine in Shanxi province in 1877, Hudson Taylor wrote an article for China’s Millions in which, quoting from Psalm 41:1 (“blessed is he who has regard for the weak”), he commented: “Do not let us spiritualize the text so as to lose its obvious meaning (of not merely sympathy but action). How much of the precious time and strength of our Lord was spent on conferring temporal blessings on the poor, the afflicted and the needy.”1

Since the 1950s, OMF’s pioneering work among the tribal peoples of the Philippines and Thailand has integrated evangelism with teaching sustainable agriculture and other kinds of practical service.

In Keeping Body and Soul Together, published by OMF in 1982, Denis Lane gave an overview of integral mission approaches in OMF. He described, among other things, the integration of spiritual and farming instruction in north Thailand:

Because the Gospel had removed the binding fear of the spirits, one Pwo Karen Christian dared to plant a field regarded by his unbelieving neighbours as spirit-haunted. They would not dare to touch it, but he reaped a rich harvest that year. Yet here too there was no separation between the spiritual and the practical.

The missionaries stood with this man in a prayer battle against what he and they knew to be real spiritual forces. So one missionary prayed and taught the spiritual warfare, and another worked and taught soils and seeds, and both contributed to a harvest where before there was nothing but weeds.2

These are two examples of the involvement of CIM/OMF in integral mission that have included elements of what we now call ‘creation care.’ But what is new is the scale and range of the ecological challenges that confront the peoples of East Asia and that make it imperative for us to integrate creation care ministry within the mission of OMF.

These challenges include increasingly severe storms, floods and droughts, and widespread degradation of the oceans, rivers, soils, forests and atmosphere. These have led to food and water shortages, destruction of homes and means of livelihood, involuntary migration, disease and death.

With growing population pressures, many people have no choice but to live in marginal lands that are particularly vulnerable to these impacts and to natural disasters such as earthquakes and volcanic eruptions. We are also seeing large-scale loss of bio-diversity in land and marine eco-systems, and the earth’s resources are being consumed at unsustainable levels.

We participate in Lausanne’s historic call to world evangelization, and believe that environmental issues represent one of the greatest opportunities to demonstrate the love of Christ and plant churches among unreached and unengaged people groups in our generation. . . . We encourage the church to promote ‘environmental missions’ as a new category within mission work (akin in function to medical missions).3

Where have we got to in integrating creation care into the mission of OMF? 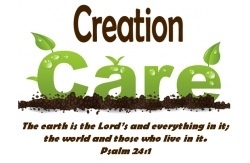 As part of OMF’s review of creation care challenges and opportunities, we have prepared a statement on The Theological Basis for Creation Care and have formulated three aspirations for our ministry:

As part of being disciples we should practice creation care

We recognize that, as with all forms of Christian witness, our actions should be consistent with our words. We want to be good stewards of all the resources entrusted to us to further our work of mission, by, for instance:

As part of our disciple-making we should teach creation care

• Creation care is included in our orientation course for new members of OMF, and in our research and e-learning programs. We aim to extend this to our other training programs.
• We hope to take part in the exploration of creation care themes in churches, theological seminaries, mission agencies and student ministry.

As part of mission strategy we should consider creation care

One of OMF’s core values is that we lead from the ministry context. This means that the ways in which our shared vision, mission and values are worked out is determined by the OMF leaders and their teams in the different contexts in which we work.

So the need for some aspects of creation care ministry as integral parts of our mission will vary widely between different contexts. They may include some of the following:

Many of these initiatives may be suitable as a basis for missional business. They will require the mobilization and training of people with types of expertise that may not previously have been recognized as having ‘missional potential.’

Equally it will be essential that their work is undertaken in dependence on God, recognizing the spiritual battles involved, and with a clear call to share in the urgent evangelization of East Asia’s peoples.

Integrated approaches to mission have usually been applied at a local level, such as community health evangelism (CHE) and agricultural ministry . . . Now, in addition, there may be opportunities to apply them within urban and other contexts, such as office and university ‘communities’ and in working with government agencies.

There is the ever-present challenge of balancing the ministry of word and deed, and avoiding the approach to mission that sees acts of service simply as ‘platforms’ for the real work of mission.

Denis Lane explained why this is self-defeating (in the context of medical mission):

As with all evangelism, the vital point is the attitude in which it is done. If patients are seen as nothing but potential converts, then any response is likely to be artificial and sometimes comes from a desire to please. If, however, patients sense a real concern for them as people, and if that comes across in care for their complaint and a desire to share something precious because they count to us, evangelism does not have to be cold proselytism. Jesus managed to combine healing and teaching with no sense of conflict.4

This applies equally to our response to the ecological challenges in East Asia. If we seek to address these simply as a basis for evangelism, our work will lack effectiveness and conviction and we will not win a hearing for the gospel. On the other hand, if we become too engrossed in addressing ecological challenges we will miss the opportunities to include evangelism in our mission.

So where should mission begin, and what should be its scope? Chris Wright writes:

Almost any starting point can be appropriate, depending possibly on what is the most pressing, or obvious need. We can enter the circle of missional response at any point
on the circle of human need.

But ultimately we must not rest content until we have included within our own missional response the wholeness of God’s missional response to the human predicament – and that of course includes the good news of Christ, the cross and resurrection, the forgiveness of sin, the gift of eternal life that is offered to men and women through our witness to the gospel and the hope of God’s new creation. . . .

Mission that does not ultimately include declaring the Word and the name of Christ, the call to repentance, and faith and obedience has not completed its task. It is defective mission, not holistic mission.5

But equally, we can add: mission that does not include discipling and practical demonstrations of godly living (including loving service, seeking justice and caring for creation)6 is also incomplete.

And church movements will be less than biblical if they do not embrace such practical demonstrations of godly living. “We are called to share the love of God in word and to show the love of God in deed. We cannot separate proclamation from practice . . . Our responsibility, as ambassadors of Christ, is to teach the whole counsel of God, not simply the bare bones of the gospel.”7

In his address to the Areopagus in Athens, Paul made a direct connection between people and places. “God determined the times set for them [the nations] and the exact places where they should live. God did this so that men would seek him and perhaps reach out to him and find him, though he is not far from each of us” (Acts 17:26-27).

This passage echoes the connection Isaiah made between the fruitfulness of the land and the people coming to know God (Isaiah 29:17-19; 41:17-20).

When I visited a slum in one of East Asia’s rapidly growing megacities, I asked a man what had brought him there. He told me that there was no future for his family on the land, yet his heart was still there. So we need to consider how we are to respond to the many ways in which land is being degraded, and people are being displaced. How can we say we care for the peoples of East Asia, if we do not care about the places they call home?

For all three of these aspirations we recognize that we have much to learn, and that we are not meant to attempt these things on our own. In the spirit of another of our core values, we welcome opportunities to partner with others.

We also recognize that to the extent that the ecological challenges being faced by the peoples of East Asia are new, so it will need pioneer missionaries to come and offer hopeful, kingdom-based responses as part of integral mission among these peoples. 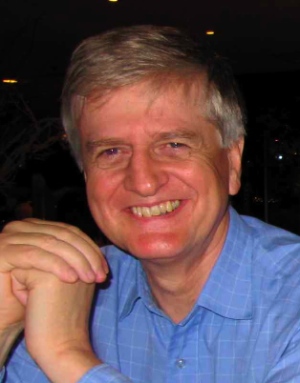 God is at work: it is particularly heartening that he is calling a new generation into mission with OMF with skills in such areas as animal husbandry, marine biology, forestry, electrical engineering and waste management. We want to welcome others who are called to share the love and the gospel of Christ with the peoples of East Asia.

David Gould is OMF’s Creation Care Advocate; he is tasked with exploring the growing ecological challenges, their impacts on the peoples of East Asia and appropriate missional responses from OMF. He worked as an architect in the United Kingdom before he and his wife Ruth joined OMF in 2002.

← Meeting Michael Zehaf-Bibeau: A personal reflection
Urban ministry: How to exegete a neighbourhood →