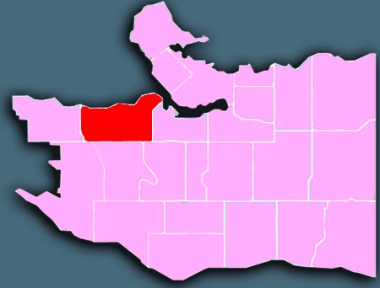 Kitsilano is a lively and storied neighbourhood, stretching along the flat lowlands of English Bay and straddling the hill sloping down to Kits Beach – which was already a major summer camping destination for West End residents by the beginning of the 20th century, and is still one of Vancouver’s most popular beaches.

Kitsilano is bounded by Alma Street on the west, Burrard Street on the east and 16th Avenue on the south. To the north is English Bay. 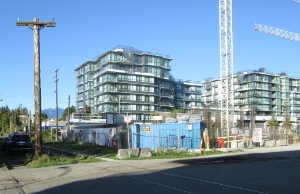 Kitsilano is a densely populated area; these projects west of Arbutus and south of Broadway will enhance that situation.

Kitsilano is a dense neighbourhood of renters and owners, where expensive heritage homes and waterfront properties mask significant poverty (often elderly widows) in older apartment buildings on the hill above Kits Beach, not to mention university students in secondary suites. More than half of residents move into/out of the neighbourhood every five years. 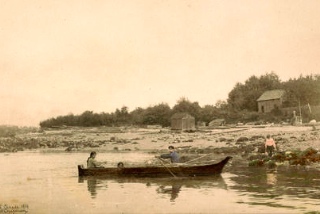 August Jack Khatsahlano, his wife Swanamia (Marrian) and a child in a dugout canoe, looking east at Kitsilano Indian Reserve in 1907. City of Vancouver Archives AM1376-: CVA 1376-203

Kitsilano is the only Vancouver neighbourhood that acknowledges Aboriginal history in its name, honouring hereditary Chief August Jack Khatsahlano (1867 – 1971) of the Squamish Nation, who became famous for working closely with the area’s first European settlers and recording the oral history of his people.

He lived many years at Senakw, the village site just east of today’s Vancouver Museum-Planetarium complex. The village was incorporated into a reserve created in 1870, but was then confiscated in stages in 1886 and 1902 by the federal government. Senakw’s inhabitants were barged to other villages by 1913. 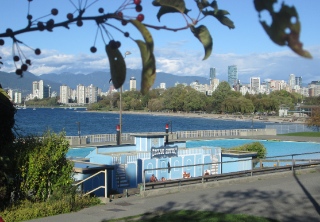 The view in Kitsilano today.

In 2002 federal courts returned 11.7 acres located under the Burrard Street Bridge to the Squamish. The federal government still owns and manages Granville Island.

Kitsilano remained a dense second-growth forest well into the 20th century. The city noted on its former website that

The CPR (which owned most of the land east of Trafalgar), the BC Electric Railway’s streetcar line along 4th Avenue to Alma, and the Burrard Bridge, built in 1932, all played a role in opening up Kitsilano.

However, Kitsilano was not fully developed south to 16th Avenue until the late 1940s. During World War II, most of the old estates and many single-family homes along the slope above Kitsilano Beach were converted into rooming houses.

Youth counterculture: By the late 1960s Kitsilano had become a global nexus for youth counterculture, alongside San Francisco’s Haight-Ashbury. That era and this neighbourhood did much to earn Vancouver its nickname of “Lotus Land.” The most visible trace of that ongoing influence is Banyen Books & Sound on 4th Avenue near Dunbar Street. As well, Greenpeace was launched in 1970 from a storefront at Cypress and Broadway.

Festivals: Kitsilano is home to several of Vancouver’s most popular events, including the Vancouver International Children’s Festival, Bard on the Beach, the Khatsahlano Street Festival and the Celebration of Light (which is held on the water between Vanier Park and the West End). 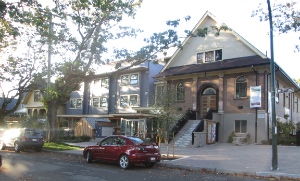 Kitsilano Neighbourhood House describes itself as “the hub of the neighbourhood since 1894,” when it was opened as Alexandra Orphanage and Non-Sectarian Home Society – placing it among the first charitable organizations to be registered in BC. Originally located at 7th and Pine, it was moved six blocks west to Vine Street in 1972 (buying St. George Greek Orthodox Church, which moved to its current location on Arbutus Street).

In The History of Metropolitan Vancouver, Chuck Davis said:

A gala fundraiser at the Orpheum [September 9, 1994] marked the 100th anniversary of the Association of Neighbourhood Houses of Greater Vancouver. From its beginning as the Alexandra Orphanage [founded by members of the Women’s Christian Temperance Union and associated churches] in Kitsilano, the ANH evolved into a network of volunteer-based community centres.

A major redevelopment and expansion of Kits Neighbourhood House was completed May 22, 2015.

The Khalsa Diwan Society built what is believed to be the first Sikh Gurdwara in North America in 1908, at 1866 West 2nd Avenue. It remained in operation until it moved into a larger facility on Ross Street in 1970. 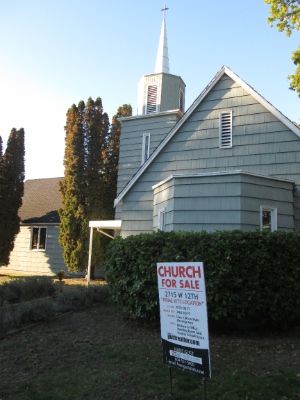 Westpointe Christian Church moved to Richmond late last year and is selling its building, in a prominent location just east of Macdonald Street on 12th Avenue.

Kitsilano Bible Baptist, the Salvation Army, St. Mark’s Anglican, Trinity United and Westpointe Christian Church have all moved out or closed over the past few years. Church planting would seem to be a priority.

Here are a few ways in which Kitsilano churches are linked to their neighbourhood. The list is far from complete and we would love to hear about other examples:

* Canadian Memorial United Church has developed a Centre for Peace that is used by community members for meetings, workshops, receptions or meditation classes.

* Tenth Church Kitsilano is hosting a neighbourhood Kids Choir this fall and is also being used for dance lessons. 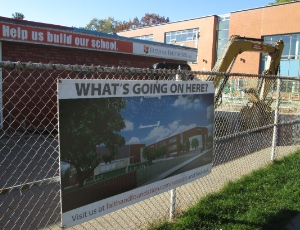 St. Augustine’s Parish has run an elementary school for many years; students moved into a new building just this week (September 28).

* The Courier did several articles on Kitsilano as part of a year-long series of articles on Vancouver neighbourhoods in 2013/2014.

* The City has a Kitsilano page.

* Kitsilano.ca – news and events around Kitsilano