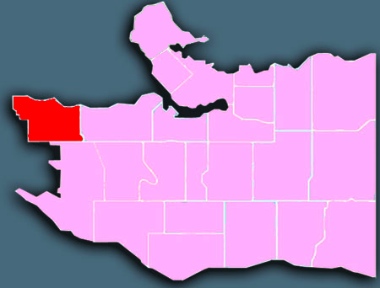 West Point Grey has long been one of the wealthiest neighbourhoods in the region and boasts some of the most expensive properties (and best public beaches) in Canada. There is relatively little through-traffic, except going to UBC past the main shopping district that runs along upper 10th Avenue.

About two-thirds of residents live in detached single or duplex houses. Many UBC students live in secondary suites, but families (most often with teenagers) and people in mid-to-late career predominate.

West Point Grey is on the western edge of the Vancouver, bounded by the University of British Columbia lands. Running north from 16th Avenue, the area slopes steeply downhill from 4th Avenue to Spanish Banks, Locarno Beach and Jericho Beach, which line English Bay. The eastern border is Alma Street.

West Point Grey also has significantly fewer non-English speakers than average, but in recent years many mainland Chinese have been settling in the neighbourhood. 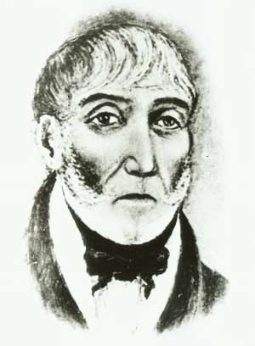 Indigenous people have lived in what is now called Vancouver for some 10,000 years. When European settlers arrived in the mid-19th century, the Musqueam people had villages on the Fraser River delta and around the tip of the peninsula to Point Grey, False Creek, the West End, Stanley Park and along Burrard Inlet.

Chuck Davis described early visits by representatives of the colonial powers in his History of Metropolitan Vancouver:

The first European who indisputably set eyes on what is now Vancouver was a modest Spanish marine pilot . . . The year was 1791, and José María Narváez was in command of the tiny naval schooner Santa Saturnina. . . .

Although Spain had claimed the territory, it was worried about the English (who believed their claim dated from expeditions by Sir Francis Drake in 1579 and James Cook in 1778), the Russians (who had established forts in Alaska) and even the French (who had sent an exploratory mission to the Northwest Coast in 1786). . . . 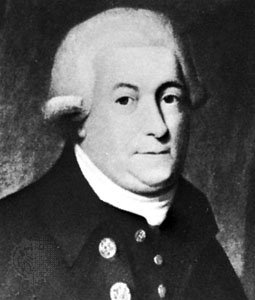 In 1792, English naval captain George Vancouver [entered the Strait of Juan de Fuca in HMS Discovery and] renamed most of the landmarks recorded by the crew of Santa Saturnina. . . .

‘Malodorous Mistake’: Chuck Davis also pointed out how differently the waterfront could have turned out: 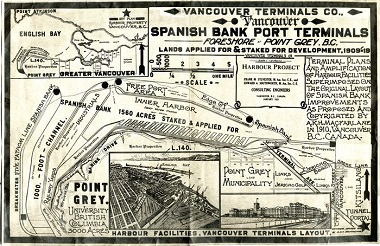 Illustration of a proposal for Spanish Bank port terminals along the foreshore at Point Grey, circa 1910.

Vancouver Terminals Ltd. recommended a long line of cement docks on the Vancouver shore from Wreck Beach to Jericho.

“It is a malodorous mistake,” they said, “on the part of pretty town planners that for all time the entire waterfront must be gummed up and reserved for hot dog and fried onion joints, and allocated as a pleasaunce of yellow sands for tourists and ladies in scant attire and the like. WE WANT BUSINESS!” (That word “pleasaunce” means a pleasant spot.)

A recent article by John Mackie in the Province discusses ” a ‘pioneer vision’ for a breakwater from Point Grey to West Vancouver.” 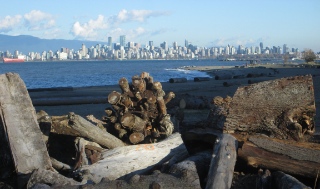 Fortunately for all of us, industry was not allowed to gain a foothold along the foreshore.

Greenpeace: One of the major environmental agencies in the world has strong Point Grey roots. Rex Weyler, an early director of Greenpeace, said that Irving and Dorothy Stowe’s “quiet home on Courtenay Street would soon become a hub of monumental, global significance” as they held meetings there in 1969 which led to the founding of Greenpeace.

And the day they sailed away from Jericho Beach in 1971 to protest nuclear testing in Amchitka was said by many to have signalled the real launch of the organization. 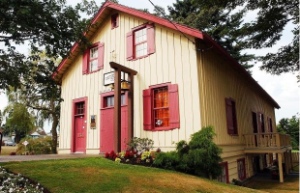 Vancouver’s oldest building has been moved to West Point Grey.

The museum – Vancouver’s oldest building, and one of the few to survive the great fire of 1886 – features Aboriginal, pioneer and immigrant artifacts.

Residents used to a quiet lifestyle could be in for something of a shock when the Jericho Lands plan comes to fruition in a few years. 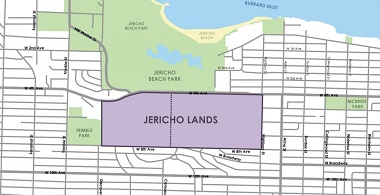 Christopher Cheung wrote a good introduction to the plan earlier this year in The Tyee:

Vancouver’s west side is about to get its largest development since the University of British Columbia.

The Jericho Lands, a 90-acre site with a view of English Bay and located minutes from the beach, is currently a sparse piece of land, home to park space, a private school, a community centre and residences for military personnel.

Two months ago, the City and the developers kicked off the planning process of what Vancouver’s planning chief hopes will become “an urban village of the next century.” 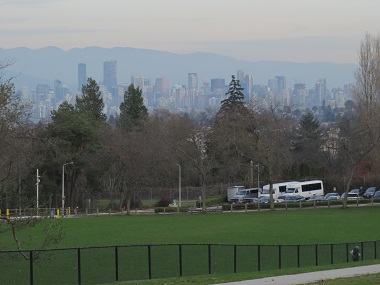 This view from 8th Avenue near Discovery may change dramatically in the next few years.

However, it’s not a run-of-the-mill for-profit developer that’s behind the site, but a partnership between the development corporation of the local Musqueam, Squamish and Tsleil-Waututh First Nations and a federal Crown corporation.

A recent Vancouver Courier article points to a similar development, in Kitsilano at the south end of the Burrard Street Bridge:

A December 10 vote among 827 members of the Squamish Nation has put in motion the largest residential development in Vancouver, which is expected to include the tallest towers in the city.

Being built on First Nations reserve land, the 6,000-unit project is exempt from provincial rent controls, the foreign-buyer tax and the so-called speculation tax that governs all other homeowners in Metro Vancouver, a B.C. Ministry of Finance spokesman confirmed.

The City of Vancouver has a page devoted to the Jericho Lands Planning Program on its website.

Point Grey Inter-Mennonite Fellowship is searching for a new home, having sold its building (formerly a nun’s residence) at 11th and Crown.

Here are a couple of ways in which West Point Grey churches are linked to their neighbourhood. The list is far from complete and we would love to hear about other examples:

← Around Town: Christmas concerts, Shelters, Vigil for the Silenced . . .
Poll finds Canadians divided over value of religion in public life →