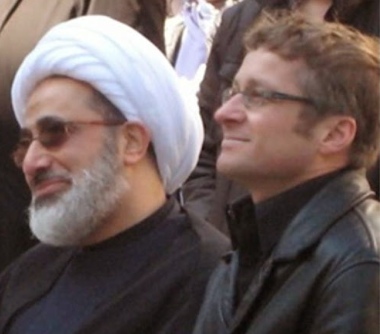 Pastor Tim Kuepfer with Imam Ismail Al-Khaliq. This picture was taken before Kuepfer joined First Baptist, while he was still pastor of Peace Mennonite Church in Richmond.

The Christian community in Metro Vancouver has already shown how ready it is to embrace refugees coming from the Middle East. In view of the Paris attacks, it is important to note that the welcome very much includes Muslims.

Following are a few statements (and actions) which have come to my attention over the last few days:
Tim Kuepfer: Loving our Muslim neighbours
Tim Kuepfer has just taken over from Darrell Johnson as senior minister at First Baptist Church downtown. He’s a busy man, but one of his first acts was to invite members of his new church to join him as he participated in a symposium last Saturday on the role of Abraham in the three major Abrahamic faiths, at Kwantlen Polytechnic University in Richmond.
He pointed out how he came to be invited to such an event:
Several years ago a Muslim imam began attending English classes at Peace Mennonite Church [in Richmond, where Kuepfer was pastor until this summer] along with his wife and daughter. We quickly became friends, and Imam Ismail Al-Khaliq began introducing me to his colleagues in Surrey, Vancouver and the North Shore.
Soon I was receiving regular invitations to speak at Muslim youth programs, major Muslim holiday commemorations and annual public events held at the Vancouver Art Gallery. My Muslim friends have frequently asked me to pray for them, to share my Christian perspective on a particular current event or issue or simply to enter into a conversation about faith and how to be better friends and neighbours despite our differences. 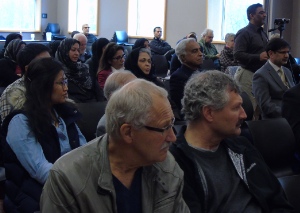 Members of First Baptist joined Muslims at a symposium last week in Richmond.

What continues to impress me is how our Muslim neighbours continue to be so open to inviting me – a Christian – to share my perspective on really important subjects, even though they realize that they will disagree with me.
Speaking to the Muslim youths, he said:
It’s a delight and an honour to be invited as a Christian pastor to join you for this very special day: the commemoration of the birth of the Prophet Mohammed. I am so impressed by this way you choose to honour your revered founder: inviting guests from other faiths and backgrounds to reflect upon a subject [the role of faith in our culture] that was very, very important to both your founder and mine.
Kuepfer has asked his new congregation at First Baptist to consider embarking on the journey with him:
What if, one day, FBC were to invite and host our Muslim neighbours for a faith conversation? What if we were to offer them the same kind of warm, non-anxious hospitality they have been extending to us Christians? What a thrilling possibility!
Trudy Smith: When I think of Muslims . . .

Trudy Smith is living in Vancouver, writing a memoir of her life in an Indian slum. Raised in the United States, she spent over three years living as part of a network of Christian communities among the poor: two and a half years in a slum in India and several months in a community house in the inner-city of Vancouver.
Following is an excerpt from her most recent blog post:

In the wake of the Paris attacks, my friends in India are on my mind a lot. Every time someone makes an ignorant generalization accusing all Muslims of being terrorists, I think of the generous and hospitable families in the slum who welcomed me into their lives.

I think of the children suffering malnutrition and forced into tedious labor instead at a young age instead of being able to attend school. I think of their parents’ struggles with illiteracy, unemployment and prejudice from the majority of society. I think about how they could do without any more obstacles placed in the way of living dignified, healthy lives, and I worry about the ways that negatives stereotypes and hatred toward Muslims will affect their lives.

I learned so much from my Muslim neighbours about compassion, loyalty, hope – and, yes, faith. They accepted me into their community despite the fact that we came from different races, different cultures and different religions.

When I remember the risk they took in choosing to get to know me as a person instead of allowing stereotypes to keep me at arm’s length, I can’t help but feel anger at the injustice of others in the West allowing stereotypes of Muslims to erase the humanity of my friends and neighbours in India.

Craig Greenfield: Ten Reasons Why We Need to Welcome Muslims With Open Arms 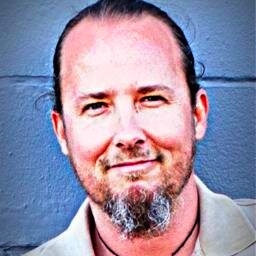 Craig Greenfield is quite well known around Vancouver, though he now lives overseas. Originally from New Zealand, he and his wife Nay spent several years in a Cambodian slum before moving to Vancouver and living in the Downtown Eastside for seven years. While here, he began Servants Vancouver. In 2013 the family moved back to Cambodia, where they run Alongsiders International, which matches vulnerable children with young Christians from local churches.

Greenfield wrote Ten Reasons Why We Need to Welcome Muslims With Open Arms a couple of months before the Paris attacks, but I have no doubt that he stands by it. Here is a portion:

The friend who wrote me an email last week was torn. She wanted me to join her campaign to urge the government to accept more refugees – but only if they were Christian refugees.

Perhaps you feel torn too – between mercy and defensiveness, between care for others and care of your own?

Perhaps you’ve experienced that tension between fear and compassion?

On the one hand, for more than a year we’ve been seeing images of ISIS and the brutal beheadings they have carried out in the name of their brand of “Islam.” These images moved us to anger and disgust. We’re grateful there is a vast distance between us and these brutal terrorists.

On the other hand, these past weeks we have seen heart-breaking images of Muslim children who have drowned while trying to escape their war-torn nations. These images moved the world towards compassion and tenderness. We considered whether our own families and our governments could be doing more.

What will happen to this nation, you wonder, if too many Muslims come and settle here? As Christians, are we not called to defend a Christian way of life, maintain a Christian majority in society and promote a Judeo-Christian value system?

In this post, I will suggest that as followers of Jesus, the most Christ-like thing we could do in the face of this humanitarian crisis, is to welcome Muslim refugees into our communities with open arms.

In fact, there have been very few global tests of our faith as stark as this. But I’m convinced that how we answer this question reveals a lot about how (and whether) we truly follow Jesus.

Here are 10 reasons why Greenfield believes it is imperative that Christians welcome Muslim refugees:

1. We don’t have a monopoly on Jesus 2. Jesus calls us to leave behind our tribalism 3. Compassion for the alien is central to following Jesus 4. Jesus was a refugee 5. The inaction of others is no excuse 6. ISIS doesn’t have a historical monopoly on brutality 7. Only a tiny minority of Muslims are involved with ISIS 8. Jesus calls us to love our enemies 9. Following Jesus is costly 10. Many Muslims and Christians are now discovering Jesus

These are just the headers; for the full blog post go here. 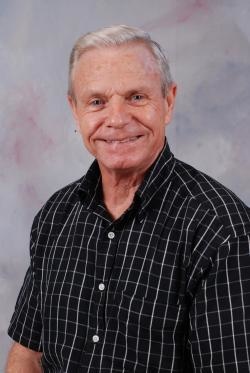 Warren Larson, director of the Zwemer Center for Muslim Studies at Columbia International University, has strong ties to Metro Vancouver. He recently wrote Will Evangelical Attitudes Toward Muslims Continue to Harden? on the Zwemer Centre site.

Although it is aimed particularly at the American situation – and I am convinced evangelical attitudes toward Muslims are more favourable in Canada – it is well worth reading. Here is a brief portion, from his conclusion:
The purpose of this post is not to beat up on evangelicals but to help us stay focused on the mission of God. We may never understand what motivates Muslim militants, but what we do know is that Islam is reeling. Humanly speaking, the future is bleak for the Middle East and much of the Muslim world.
One hundred years ago, Samuel Zwemer advised against stereotyping Muslims and urged Christians to “awaken sympathy, love and prayer on behalf of the Islamic world until its bonds are burst, its wounds healed, its sorrows removed and its desires satisfied in Jesus Christ.” “God is not willing that any should perish but that all should come to repentance.” (2 Peter 3:9)
For the complete blog post go here.
Al Massira Training Event 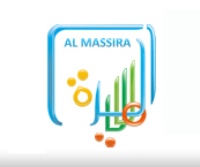 The timing couldn’t be better for a training event this weekend (November 20 – 21), at Johnston Heights Church in Surrey. Al Massira is a new way for you to share your faith in the Messiah with your friends. Al Massira is:

* A chronological overview of the Bible revealing the identity of the Messiah.
* A series of 13 short films to be followed by guided discussions,
* Designed for use in small groups among friends.
* Presented in Arabic and English.

Why should we listen to Tim Kuepfer, Trudy Smith, Craig Greenfield, Warren Larson and Al Massira? They have proved their worth in many ways, but the key thing they have to offer is experience with actual Muslim people, both here and around the world. These are exciting times, as the Metro Vancouver church is, in various ways, learning to expose itself to the local community and the broader world.

5 comments for “Welcome Muslims, in the name of Christ”