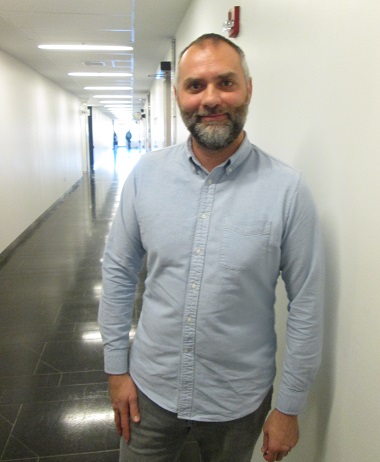 Benjamin Perrin is a law professor at the Peter A. Allard School of Law on the UBC campus. He teaches Criminal Law & Procedure and International Criminal Law. He spoke to a group of about 25 law students at the school November 19 on the topic ‘Jesus & Justice: What would Jesus think about our criminal justice system and why should you care?’

He thanked the Christian Law Student Association for organizing the event, and said:

I’ll be drawing on some of my own professional background and experiences, but this is a talk in my personal capacity so that I can speak to you as a follower of Jesus and share some of the insights that he’s led me to in thinking about this topic.

Having rejected . . . two extreme positions (a theocratic approach where Biblical rules are legislated, and the opposite approach that ignores how the criminal justice system is designed and operates), I wanted to turn now to . . . challenging the dominant retributivist criminal justice model favoured by many Christians. 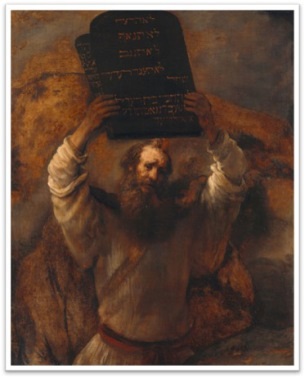 As we will see, each of these aspects of conservative criminal justice policy are contrary to the life and teachings of Jesus. The rationale for this “tough on crime” approach is based, in part, on what I’m calling the “retribution trap.”

I’m going to argue that such an approach, like many deceptions, is based on a kernel of truth – but it has been twisted and contorted. It has led many, many Christians astray in their support for a harshly retributivist system of criminal justice. These punitive, law and order criminal justice politics seem trapped in a misunderstanding and misapplication of a memorable Old Testament verse.

The kernel of truth that I’m referring to is a verse from Exodus 21:23-25 (NIV): “But if there is harm, then you shall pay life for life, eye for eye, tooth for tooth, hand for hand, foot for foot, burn for burn, wound for wound, stripe for stripe.” As I will argue, this verse is among the most misunderstood and abused in the entire Bible.

A prominent example of this is U.S. President Donald Trump’s response when he was asked what his favorite verse in the Bible is:

“Well, I think many. I mean, you know, when we get into the Bible, I think many. So many. And some people – look, an eye for an eye, you can almost say that. That’s not a particularly nice thing. But you know, if you look at what’s happening to our country, I mean, when you see what’s going on with our country, how people are taking advantage of us, and how they scoff at us and laugh at us. And they laugh at our face, and they’re taking our jobs, they’re taking our money, they’re taking the health of our country. And we have to be firm and have to be very strong. And we can learn a lot from the Bible, that I can tell you.”[1]

Canadian jurisprudence has even mentioned the concept of an eye for an eye.. A notable example is Rex v. Childs, [1939] O.R. 9 (Ont. C.A.): “Corporal punishment of adults provided by the Code is necessarily severe. Many think that it is brutal. It represents the revulsion of the judicial mind from the horror of the crime committed. The villain who inflicted injury upon another, shall he not suffer? It is a survival of the lex talionis, an eye for an eye.”

This retributivist outlook has clearly permeated into the mindset of many modern Christians; 53 percent of practicing Christians in the U.S. agreed with this statement in a Barna Group poll: “It’s important to make an example out of someone for certain crimes, even if it means giving them a more severe punishment than their crime deserves.”[2] . . .

[The context, history and theology of the “eye for an eye” verse were then unpacked in the talk to show it was never intended to be a literal rule but was a principle of proportionality to guide judges in compensating victims of harm.] 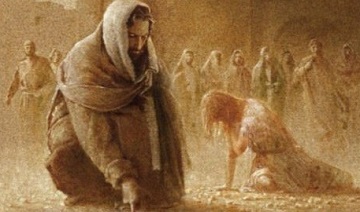 I’ve now rejected three approaches to the criminal justice system from the perspective of Christians: theocracy, silence  and harsh retributivism.

What then are the principles that we see in Jesus’ life and teachings that could bring some inspiration for Christians seeking to reimagine the criminal justice system? [These were dealt with in depth, including scriptural references, during the talk.]

To close, God both judges and extends grace, loves every one of us beyond measure and upholds justice, and promises both mercy and accountability. He is all of these things. For Christians, we know that our “citizenship is in heaven” (Philippians 3:20) and that nothing can separate us from the love of God (Romans 8:31-39).

If you’re here today and you haven’t yet prayed to God to ask for his forgiveness and for Jesus to come into your life, I don’t want you to miss that opportunity. You can get right with God, stop relying on yourself, and instead put him in charge of your life. Don’t leave another day without doing that if your heart is telling you this very moment that you need him.

If you already know Jesus, I want to challenge you to put aside worldly counsel, political ideology, pride, and anything else that’s holding you back from genuinely knowing and living out the truth, life, and love of our saviour. When we step back and compare and contrast the way of Jesus with the prevailing approach taken by conservative justice policy that is supported by many Christians, we see that they are literally worlds apart.

We need to be that light in the world he called us to be. In confronting challenging issues in our society, that means setting aside moralism and legalism, replacing them with the compassion, love, justice, mercy and truth of Jesus.

This comment is re-posted by permission. Do visit Benjamin Perrin’s blog for the full text of his talk. He provides a fuller account of how he came to deliver the talk and offers considerable scriptural support for his views. It is well worth the read.

Following is his profile from the law school site:

Benjamin Perrin is a Professor of Law at the Peter A. Allard School of Law at the University of British Columbia and a Senior Fellow in Criminal Justice at the Macdonald-Laurier Institute for Public Policy. His current research projects include victims of crime, social media crime, and the opioid crisis.

Professor Perrin’s principal teaching and research interests are Criminal Law, Constitutional Law and International Criminal Law. He is the author of Victim Law: The Law of Victims of Crime in Canada (Thomson Reuters, 2017) and Invisible Chains: Canada’s Underground World of Human Trafficking (Penguin, 2011), which was named one of the top books of the year by the Globe and Mail. He is also the editor of Modern Warfare: Armed Groups, Private Militaries, Humanitarian Organizations and the Law (UBC Press, 2012) and co-editor of Human Trafficking: Exploring the International Nature, Concerns, and Complexities (CRC Press, 2012). He is also the author of numerous law review articles and book chapters, and provides commentary in the media.

Professor Perrin served as Special Advisor, Legal Affairs and Policy in the Office of the Prime Minister. In addition to acting as legal counsel, he was lead policy advisor on all matters related to the Department of Justice, Public Safety Canada (including the RCMP, Canada Border Services Agency, Canadian Security Intelligence Service, Correctional Service of Canada, and Parole Board of Canada), and Citizenship and Immigration Canada.

Prior to joining UBC, Professor Perrin was a law clerk at the Supreme Court of Canada, judicial intern at the International Criminal Tribunal for the former Yugoslavia in The Hague, assistant director of the Special Court for Sierra Leone Legal Clinic (which assisted the Trial and Appeals Chambers), senior policy advisor to the Minister of Citizenship and Immigration, and executive director of a non- governmental organization that combats human trafficking.

2 comments for “What would Jesus think of our criminal justice system and why should you care?”