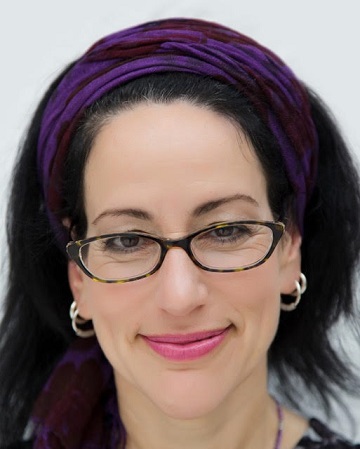 In the face of harassment, Laura Duhan Kaplan remembers her family history and imagines “a world where we all recognize each other.”

Last Tuesday evening (March 7), the Jewish Community Centre of Greater Vancouver (JCC) was targeted. After an emailed bomb threat, the building was evacuated. A few hundred adults attending a concert and a few dozen teens playing sports were inconvenienced.

Early Sunday morning, the JCC received a second threat. Staff were forced to evacuate just as they were opening doors to the public.

The recent bomb threats are harassment – only harassment, for now. To be sure, they are a cruel kind of harassment. Most threats are made during the day, when toddlers and elders in day care programs are evacuated out into the winter cold.

Until now, I have experienced little anti-semitism. Sure, I’ve been called a Christ-killer. Been insulted and belittled in public and private. Been refused service in a restaurant. Been excluded from presenting in academic forums. But to me, these are like mildly annoying mosquito bites. For the most part, I am physically safe and almost always welcome. I have colleagues, friends and community.

The last few days have proved this. Local Christian, Muslim, Hindu, Sikh, Buddhist, Indigenous and atheist friends reached out with expressions of support. Just as we and they did when Muslims were attacked. Together, we convened working groups, to share inspiration and strategy.

Our Torah (Hebrew Bible) teaches that we are connected by our mutual responsibility. V‘ahvata l’reiacha kamocha, says Leviticus 19:17. This phrase means both love your beloved as yourself and love your neighbour as yourself. Hold your family and friends precious, Torah teaches, and hold your wide circle of community precious, too. Close the gap between friend and stranger – by welcoming, feeding, including the stranger.

We create our web of mutual responsibility by getting to know one another. We don’t have to go out of our way to do it. If you like to walk in your neighbourhood, get to know fellow pedestrians and foreign shopkeepers. If you are a religious person, help your religious community reach out to a different community. If you are a student, invite international students into your project groups. It’s easy to do – and its impact can be life-saving.

This I learned from my mother. Born in New York City, she was the daughter and granddaughter of Russian Jewish refugees. When she was 19, she interviewed her relatives, writing down stories of the life they fled. Here, retold in her words, is a story from her grandfather, Meyer Katz.

Meyer worked long and hard trying to further his musical and religious education. In Babrusk [Belarus], he found considerable work teaching music and playing at affairs. With the money he earned, he studied religion with many learned Hebrews.

Meyer found that most of his pupils were the sons and daughters of the well-to-do Christians of the town. He was respected and admired by all who knew him even though he was still a mere lad.

One Sunday morning, when Meyer was 23 and expecting his second child, he ventured to a neighbouring town 20 miles away. He wanted to have his violin bow fixed by an expert in the neighbouring town. It was late in February, but the rivers were still frozen. He hired a horse and wagon and set out for the town.

As he approached, he had a feeling that something was wrong. The streets of the town were deserted. This was strange for a Sunday morning.

Meyer went directly to the house of the instrument mender and knocked on the door, but he received no response. He knocked again. This time a nervous voice whispered, “Who’s there?”

The latch was thrown back and Meyer saw the worried, wrinkled face of Ian, the music mender.

“Why did you come today of all days, Meyer? There is a pogrom planned for today. It’s death to all Jews caught. Yesterday, a policeman was murdered and they are blaming the crime on the Jews.”

Meyer waited two hours until his bow-string was mended by the nervous fingers of Ian. Then he left Ian’s house and climbed aboard his wagon. Five men sprang from behind the house and seized the horse’s reins and the wagon.

“Death to you, Jew!” shouted one of the men.

“Wait,” shouted another man. “He is the violin teacher at Babrusk. He taught my sister’s children to play. Leave him alone!”

The men had dropped the reins and Meyer held on to them tightly. He was looking for an opportunity to gallop away. While the men were arguing among themselves, Meyer urged the horse on. This surprised and angered the men. One man attempted to stop the horse and wagon, but Meyer lashed out at him with the whip for the horse. Then he began hitting the horse until the horse was galloping. He didn’t slow up the horse until he was a good five miles out of the town.

Meyer pitied his people who were to be slaughtered for naught. At the same time, he thanked God that he had taught the children of that man’s sister. 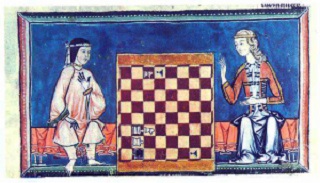 One man recognized Meyer, and turned away from violence. Imagine a world where we all recognize each other. Where strangers become friends, woven into a web of mutual responsibility. Imagine, and make it so.

Rabbi Dr. Laura Duhan Kaplan serves as Director of Inter-Religious Studies at the Vancouver School of Theology, and as a core faculty member at ALEPH Ordination Programs. She is Rabbi Emerita of Or Shalom Synagogue and Professor Emerita of Philosophy at UNC Charlotte.

This comment is re-posted by permission from Kaplan’s Sophia Street website and is adapted from a talk presented at St. Andrews-Wesley United Church, “Hope Amidst the Politics of Fear.”

← Why Canadians aren’t going to church: Reasons for concern – and for hope
Refugees find New Hope’s apartment building a cause for celebration →