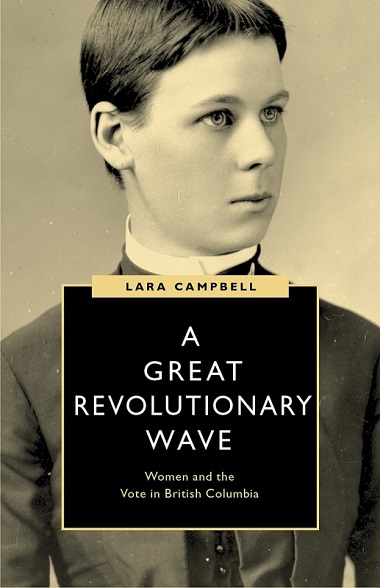 BC BookLook has just posted an interview with Lara Campbell about her new book, A Great Revolutionary Wave: Women and the Vote in British Columbia (UBC Press, June 2020).

Women gained the right to vote in British Columbia in 1917.

Following are some excerpts from the long interview. I have chosen portions which relate to Christianity, though that is just one of several themes in the discussion.

BCBookLook: Who were the prominent suffragists in BC and were they mostly middle-class and elite women of privilege?

Lara Campbell: . . . Some of the earliest and most well-known suffragists had complicated lives, such as Maria (Pollard) Grant who was the daughter of a prominent Methodist family.

She was politically inspired by the visit of American suffragist Susan B. Anthony, who spoke in Victoria in 1871, and American temperance activist and suffrage supporter Frances Willard, who visited in 1883.

Grant had a hand in organizing almost every women’s organization in the province: the Women’s Christian Temperance Union (WCTU), the Local Council of Women and the Political Equality League. . . .

BCBL: Who were the BC suffragists’ major opponents and what tactics did they use to stymie the movement? Please comment on the fact that it wasn’t just men who opposed suffrage, there were many women who did, as well.

LC: Most opponents of women’s suffrage were in politics, the churches and the media. Regardless of where they were located, anti-suffragists shared a certain set of beliefs about men, women and the family. They believed that men were designed by God and nature to be breadwinners and household heads, and that women were designed to be caregivers with responsibility for the home and the family. 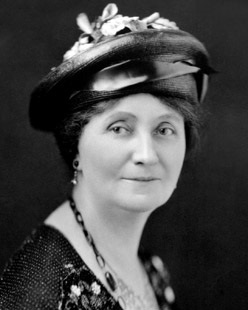 Most opponents, whether male or female, feared that challenging those boundaries between defined male and female “spheres” would disrupt the family and the social order, would “de-sex” women by allowing them to undertake male jobs and would feminize men by forcing them to look after homes and children.

Anti-suffrage cartoons and propaganda, often originating in Great Britain and the USA but circulated widely in Canada, drew on these assumptions and portrayed suffragists as selfish, unattractive and bitter women willing to sacrifice the well-being of their children and families for their own empowerment.

There were also some vocal, anti-suffrage clergy in the province: for example, Father O’Boyle delivered an infamous anti-suffrage sermon at Vancouver’s Church of Our Lady of the Holy Rosary in which he denounced suffrage as destroying womanhood and encouraged women to be obedient housewives like the Virgin Mary.

His sermon – and refusal to back down when confronted by several women, including Catholic suffragist Ida Douglas-Fearn – culminated in a public debate with Liberal reformer Mary Ellen Smith in the Labour Temple in downtown Vancouver. . . .

BCBL: Who were important supporters of BC’s suffragists?

LC: . . . Suffragists also had some key allies amongst male clergy, such as Bishop William Perrin and Rev. Henry Edwards. Edwards was an Anglican minster and a fully paid up member of Vancouver’s Pioneer Political Equality League. He even helped raise funds for the militant British Women’s Social and Political Union (WSPU). 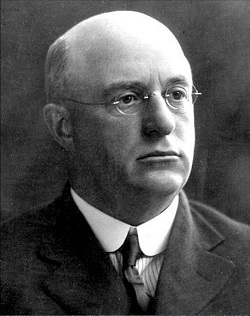 Premier Harlan Brewster, an active Baptist, supported the suffragist cause.

Most important, however, was the support of the official opposition, the provincial Liberal Party. Under the leadership of Harlan Brewster, the Liberals made women’s suffrage part of its official platform.

While some suffragists – most notably Helena Gutteridge – remained defiantly non-partisan, this support swayed many to throw their support behind the Liberal party structure. Gutteridge was critical of the Liberals and pointed out that political parties used women’s energy and organizing skill to win elections without following through on election promises.

But it does seem that Brewster was an authentic suffrage supporter. He was a devout Baptist and social reformer who attended the same church as leading Victoria suffragist Cecilia Spofford. He also attended the inaugural meeting of the Political Equality League in Victoria in 1910, delivering an enthusiastic speech on the importance of women’s political equality.

The Liberals defeated the Conservatives and won power in 1916, and did fulfill their promise to introduce women’s suffrage (limited by race), as well as a minimum wage for working women, equal guardianship rights for mothers, and a mothers’ pension.

Go here for the full interview. Go here to find out more about BC BookLook, which offers a wealth of insight and information about books and authors in British Columbia.

I posted a story in 2017 which featured the woman pictured on the front page of A Great Revolutionary Wave. ‘Canada at 150: Honouring those who created our nation – and their faith’ began by focusing on Agnes Deans Cameron, an educator, adventurer and journalist who advocated for the women’s vote and for pay equity. She also belonged to the Women’s Christian Temperance Union and was a member of St. Andrew’s Presbyterian Church in Victoria, which actually features her biography on its website.