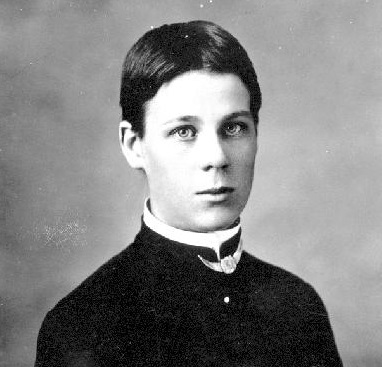 St. Andrew’s Presbyterian Church in Victoria has a profile of Agnes Deans Cameron on its website.

To mark Canada’s 150th birthday, The Vancouver Sun and Province are counting down to Canada Day with profiles of 150 noteworthy British Columbians. Stephen Hume began with soccer star Christine Sinclair January 6 and has followed up with Terry Fox, Emily Carr, David Suzuki and several others.

Intellectual, adventurer, journalist, women’s right campaigner, first woman to reach the Arctic Ocean overland, literary sensation, when she died suddenly, editorials described her as “the most remarkable woman citizen of the province.” . . .

She was an advocate for the women’s vote, for women’s pay equity and for eliminating age discrimination. Women deserved the vote, she argued, because they could reason. And she was a vigorous social reformer with organizations like the Society for the Prevention of Cruelty to Animals, the Children’s Aid Society, a local Council for Women and the Dominion Women’s Enfranchisement Association.

As I looked into Cameron a bit further, I discovered that she also belonged to the Women’s Christian Temperance Union and was a member of St. Andrew’s Presbyterian Church in Victoria, which actually features her biography on its website.

Hume’s only reference to religion was a note, in the midst of his description of her colourful teaching career (she became BC’s first female high school teacher in 1883), that “She was opposed to religion in the classroom.” 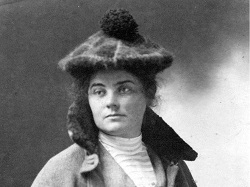 Stephen Hume has included Emily Carr in his Canada 150 series.

His article on Emily Carr didn’t mention her faith (maybe not surprising as it usually doesn’t get much attention; I dealt with it briefly here), but even in the case of Jim Pattison all we get is a reference to him playing trumpet at church picnics and meeting his future wife Mary when he was 13.

None of this is meant as a slam against Hume’s articles; they are brief overviews and are well done. But they do illustrate the point that religion is often not top of mind when writers in secular publications look back over our history.

(The Women’s Christian Temperance Union is sometimes mentioned dismissively, on the rare occasions that it gets mentioned at all. Kudos, then, to Faith Today for its recent article on the WCTU, which pointed out, for example, that pioneering Canadian feminists Nellie McClung and Louise McKinney – the first woman elected to any legislature in the British Empire – were active members of the influential movement. The WCTU is still relevant and even has official NGO status at the UN.)

Fortunately, there is another source for specifically faith-based profiles. Cardus has created Faith in Canada 150, which is “telling the story of 150 years of faith in Canada.”

In particular, they have initiated a ‘thread of 1,000 stories, which senior writer and editor Peter Stockland describes in this way:

The first purpose of the Thread is to let Canadians link to the stories of faith in their lives.

It’s to give us all space to set down our stories and place them, like outward spiralling mosaic tiles, side-­by-­side.

Its deeper role is to create, through the very act of intentional collection, the narrative argument that faith is real in Canada, and faith is vital to Canada.

It’s not to make a polemical or dogmatic or evangelizing argument. It’s to show the very existence of stories of faith in Canada proves faith is an essential part of the whole Canadian story. It always has been. It always should be. It’s a golden thread that connects us by signifying: ‘This is Canada. Faith matters.’

The most recent story (#87), is about David Toycen, who stepped down from his role as president and CEO of World Vision Canada in 2015. Not all the stories are Christian; Jews, Muslims, Buddhist, Sikhs and others are also featured.

BC stories of faith 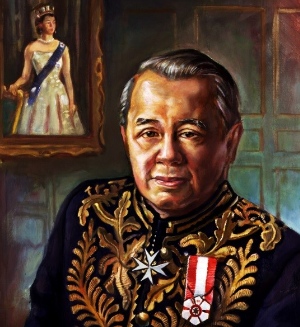 Former BC Lieutenant Governor David Lam is featured on the Faith in Canada 150 site.

A handful of BC people/issues are featured on the Faith in Canada 150 site, including David See-Chai Lam, Rabbi Laura Duhan Kaplan, Kim Chapdelaine and a remembrance of the Komagata Maru.

Several more are on the way, including profiles of Bernice Gerard, Ed Phillips and Charles Ellington.

The portrait of David Lam begins in this way:

Chi Fung was a coal importer and distributor during David’s boyhood, eventually establishing a family-controlled bank which assisted many Hong Kong business leaders to develop and grow after World War II.

Faith, family and business values were equally significant in David’s upbringing. Baptist missionaries introduced the Christian faith to his grandfather, Lam Sui-Fun in the early 20th century. David committed his life to Jesus Christ at age 13, through the preaching of an evangelist named Chao Ze Qwong . . . 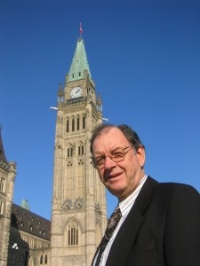 The article on Lam – along with several others on the Faith in Canada 150 site – actually comes from the Online Encyclopedia of Canadian Christian Leaders, created by veteran journalist (and my mentor through Christian Info / BC Christian News) Lloyd Mackey.

Peter Stockland wrote about the encyclopedia in Portraits of Faith, one of the Faith in Canada 150 entries:

Nearing the end of a 45-year journalism career, Mackey found himself a) looking for a retirement project and b) wondering why more attention wasn’t being paid to the leadership strengths of Canadian Christians past and present.

He satisfied both quests by doing a Doctorate of Ministry for which he researched prominent Canadians of faith, ultimately launching the Online Encyclopedia of Christian Leaders. . .

Bringing that faith-based understanding of the world to his calling of journalism has moved Mackey from his beginnings in the secular world of community journalism for newspapers such as the Chilliwack Progress in BC’s Fraser Valley four decades ago.

For the full article go here and for Lloyd’s own introduction to the encyclopedia go here.

← Missions Fest 2017: Acquainted with grief
Facing the fentanyl epidemic in the Downtown Eastside – and beyond →