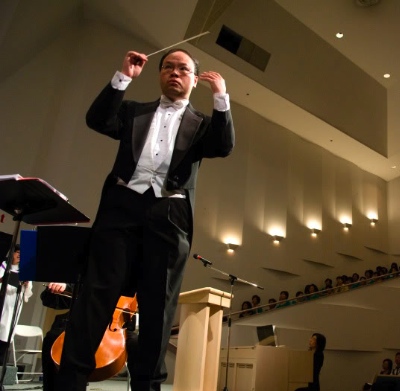 Herbert Tsang, president of the non-profit Church Music Ministry of Canada, wants to help churches and church musicians return to where worship used to involve people lifting their voices in harmonious hymns of praise to God.

“That seems to be lost nowadays in most churches, as far as I’ve observed,” he says. “There’s an observer mentality. A lot of people do not really participate in the singing in the worship service, and we want to bring this back.”

For the past 12 years, the society has tried to do that by hosting twice-yearly ‘hymn festivals.’ These feature an orchestra, including an organist, and a choir. Tsang, who also co-directs the Centre for Worship Studies at the Carey Institute at UBC, is the event’s music director and conductor.

A recent festival on the theme of prayer at a church in Burnaby drew over 400 people, most of them of Asian descent. The majority of attendees were middle-aged and older, while most of the orchestra and choir members were younger and somewhat more ethnically diverse.

Tsang believes the heart of the problem is that younger Christians, especially, have had no exposure to hymns in their churches – while many worship leaders “don’t know what they are doing.”

“How can you lead somebody in singing without knowing the basics like reading music?” he asks. “I have seen people who lead by listening to a CD. But if you only learn through CDs, you’re going to lose out on a lot of the repertoire that’s out there.” 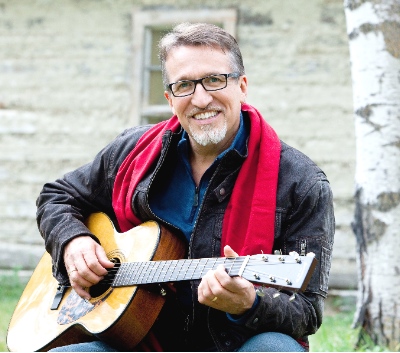 Steve Bell joined Bruce Hindmarsh for a lecture and singing on ‘Hymns and the Christian Spirit’ at Regent College July 9.

Winnipeg-based singer-songwriter Steve Bell shares some of Tsang’s concerns, but he also believes the problem goes deeper than that.

“We’ll never get the hymns back or good singing back,” he says, “if we don’t get the theology behind it back, that we are priests of creation and we’re giving a voice of praise back to God on behalf of all creation – and we ought to do that well. We ought to take it seriously.”

Bell says many churches have opted for a watered-down, people-pleasing approach to song selection, often at the expense of great music and sound theology.

“I’m not against new worship music by any stretch. But I do think that most contemporary Christian music is extremely thin at best,” he says. “It’s like we let anything in the church artistically if it makes our toes tap and brings the people in.”

Besides hymn festivals, the society also partners with churches in offering various courses related to worship in song. Tsang says these courses often attract around 30 to 50 churchgoers – and yet their pastors are never among them.

“We don’t see them showing up at all,” he says. “I’m sad to say this is not surprising, because if you look at their seminary education, very little has been devoted to Christian worship or even church music.”

Bell says if the situation is going to improve, it must begin with the local church leadership.

“Youth will only pay attention to the hymns if they are convinced to by good spiritual direction and mentorship. They won’t do it on the basis of personal preference and entertainment,” he says.

“Right now we’re often offering music in the church as entertainment. And that’s a shame.”