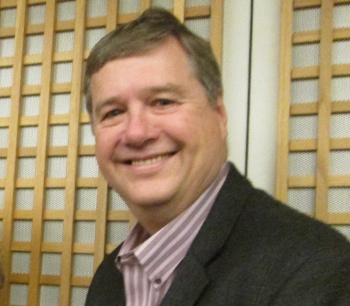 Bruce Clemenger, president of the Evangelical Fellowship of Canada, does not think much of the Provincial-Territorial Expert Advisory Group on Physician-Assisted Dying.

Our federal government is poised to legitimize assisted suicide within months. It is good to see evangelical and Catholic leaders responding with a bit of fire in their bellies.

First, a letter to supporters (re-posted by permission) from Bruce Clemenger, president of the Evangelical Fellowship of Canada (EFC), then a short video featuring the EFC’s director of public policy Julia Beazley. Following that is a portion of the joint EFC / Canadian Conference of Catholic Bishops Declaration on Euthanasia and Assisted Suicide and finally, an article in The B.C. Catholic and a letter to the editor from local Catholic spokesman Paul Schratz.

You may be pro-life . . . but your tax dollars may soon be used to pay for doctor-assisted suicide and euthanasia as routine medical procedures covered under your provincial/territorial health insurance plan.

Our churches may touch upon the sanctity of human life in a few sermons or Bible classes . . . but all Canadians may soon be bombarded with wide-spread public education messages (in the media and even in our schools) aimed at normalizing assisted suicide and euthanasia.

Our governments may have deemed it wise, for the protection of all, to impose legal age limits to drive or consent to sex . . . but they may decide not to impose an age limit for doctor-assisted suicide.

There are many who support the right of the terminally ill to “hasten the inevitable” by choosing doctor-assisted suicide. Even some Christians have argued that this is a compassionate response to those on the cusp of death and suffering from pain. But, as the Evangelical Fellowship of Canada (EFC) has been fighting for all along, isn’t high-quality palliative care – which eliminates the pain and not the person – more compassionate?

And if assisted suicide is being promoted as a “right” to end suffering, how can this right be restricted only to adults, or only to those with terminal illnesses or those nearing death? Shouldn’t this form of “compassion” also be extended to any child or adult who no longer has the desire to live? After all, any one who wants to die must be suffering “intolerable” pain, whether physically or mentally.

Last February, the Supreme Court of Canada struck down the Criminal Code ban on physician-assisted suicide and euthanasia. It did not limit the ruling to cases of terminal illness, or to people near death; nor was it limited to physical illnesses, diseases or disabilities, and so, includes mental illness. The Court did suspend its decision for one year to give the federal government a chance to amend the law.

Since last February, I have been writing and speaking publicly about some possible horrific ramifications of this decision. A few accused us of fear-mongering.

• eligibility should be based on competence rather than age (i.e. children should be eligible)

• no waiting/reflection period should be prescribed

• all health care providers should be required to inform patients of all end-of-life options, including physician-assisted suicide and euthanasia, regardless of their personal or religious beliefs

• there should be public education about physician-assisted suicide and euthanasia

If these recommendations get implemented, your family doctor may soon have to include assisted suicide and euthanasia as treatment options for a child just diagnosed with life-long, insulin-dependent diabetes. And given the research linking juvenile diabetes to depression, the patient may very well choose to end his own life, any other treatment being “unacceptable” to him. Once mental competence has been determined, the deed would be carried out without delay. He knows that public education had taken any stigma out of his decision to end his life. Finally, the cost to end his life would be fully covered by his public health insurance plan.

This could happen to a child you know.

This could be the new normal.

The Supreme Court has granted a four-month extension for Parliament to come up with a new law. This gives us an extremely small window of opportunity to act! Parliament has established a special House-Senate joint committee to consult broadly and to come up with recommendations by March. The government then plans to have a new law crafted, studied, debated and passed by June.

We have to act quickly and we need your support immediately. As with the Expert Advisory Group (as well as the External Panel on Options for a Legislative Response established by the previous federal government), the EFC will prepare a written submission for this committee. Worth noting is that the EFC was the only association of churches and ministries to participate in the consultation by the Expert Advisory Group.

We are working to prepare an oral presentation for the 16-member joint committee as well as meeting with MPs and Senators who will be voting on legislation this spring, working with like-minded groups, mobilizing evangelicals, and speaking to the media. We greatly covet your prayers and your financial gifts at this time. How will future generations come to view how we value the lives of our society’s most vulnerable? Will we forever be known as the “generation that killed?”

The TV show Context With Lorna Dueck has just published a five-minute video of Julia Beazley, the EFC’s director of public policy. She responds to the 21 recommendations that a joint parliamentary committee recently presented to the Liberal government as it sets out to draft the law on medically assisted death. What does it mean for Canadians? Are the vulnerable at risk?

The EFC and the Canadian Conference of Catholic Bishops have released a joint Declaration on Euthanasia and Assisted Suicide. Following is an excerpt:

While Canadian society continues to affirm the importance of human dignity, there is a worrisome tendency to define this subjectively and emotionally. For us, human dignity is most properly understood as the value of a person’s life before her or his Creator and within a social network of familial and societal relationships. We are convinced the only ways to help people live and die with dignity are: to ensure they are supported by love and care; to provide holistic care which includes pain control as well as psychological, spiritual and emotional support; and, to improve and increase resources in support of palliative and home care.

On the basis of our respective traditions and beliefs, we insist that any action intended to end human life is morally and ethically wrong. Together, we are determined to work to alleviate human suffering in every form but never by intentionally eliminating those who suffer.

Go here for the full Declaration.

The Conference of Catholic Bishops and an array of other groups have condemned recommendations in a special parliamentary report on assisted-death tabled in the House of Commons February 25.

“Killing the mentally and physically ill, whether young or aged, is contrary to caring for and loving one’s brother and sister,” said a pastoral letter from Bishop Douglas Crosby of Hamilton, president of the Canadian Conference of Catholic Bishops. He called the committee report an example of what Pope Francis has called “throw-away culture.”

He urged Catholics to let their elected representatives know the recommendations of the special joint Parliamentary Committee on Physician-Assisted Dying are “completely unacceptable.”

And in a letter to The Vancouver Sun February 29, Paul Schratz – director of the communications office for the Roman Catholic Archdiocese of Vancouver – wrote:

You don’t need Catholic hospitals to kill people. If society really wants killing centres, it should ask government to build them, not coerce institutions that want no part of it.

It’s ironic that people want the benefits Catholic hospitals have to offer, but only to a point.

It was the Catholic Church that built the foundations of the health-care system we cherish today. It was the Church that challenged the barbarism of the world more than 1,000 years ago. When society was abandoning the sick and elderly, or killing them, the Church called Christians to care and show “hospitality” (which comes from hospes, the same Latin root word that gives us hospital).

The Church’s message is the same today and always will be. Love one another by caring for the sick, elderly and depressed, even when society says it’s easier to kill them.

Catholic hospitals will continue treating the sick and elderly with dignity by caring for them and by seeing value in their lives.

The prospects regarding end-of-life care are not promising in Canada, but it is good to see Christians uniting against these regressive measures.

1 comment for “A call to action against assisted suicide”