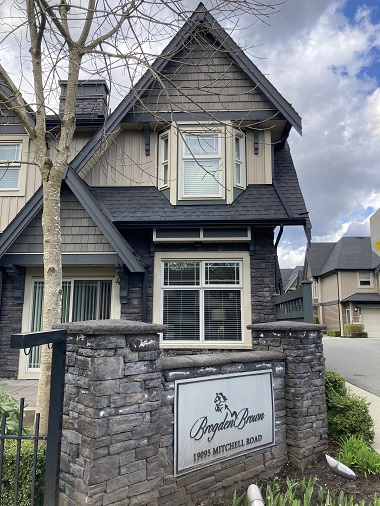 The process that cities and developers currently use to inform neighbourhoods about proposed development projects hinders the goal of building more safe, affordable housing.

What is it you like best about your neighbourhood? Is it being near transit, local schools or a park? Maybe you dreamed of somewhere like this for years. Perhaps there is a sense of community in the area?

In 2012, my neighbours and I were given two weeks notice, by a developer, of an information meeting. They were announcing that they had wonderful plans for our neighbourhood.

Thus began my nine-year journey into trying to understand why my city – and the region – continue to inform residents, who will be affected by their plans, so late in the process.

My experience is not unique. Most residents / neighbourhoods are only given two weeks notice before a Development Information Meeting.

My question is: Wouldn’t we all like to be included in discussions that might bring about significant changes in our lives – from the beginning?

Several recent articles and reports on affordable housing refer to NIMBYs (Not in My Backyard) who are slowing down or even stopping proposed development projects. It is even intimated that NIMBYs are one of the primary causes of the current housing crises. Allow me to speak to this accusation.

If you question what is being planned, you will probably be labeled NIMBYs or worse. This label implies that you are lacking in compassion and are intolerant of those in need of safe, affordable housing.

And all you are doing is asking some basic questions, like “Why weren’t the neighbourhood residents included earlier in the planning process?,” “Is this project a good fit for the neighborhood?,” and “Will this proposed development actually provide the type of housing that is needed for the residents in this city?”

But, once you and your neighbours have been labeled as NIMBYs, can there be a real discussion of your concerns?

We have all heard the thoughtless and even selfish comments by some neighbours. However, is it fair to assume that all protesters think or feel the same way? Some of the meetings about temporary modular housing sites were attended by over 400 residents!

It is rare for a resident or neighbourhood to be involved in a campaign against what is being planned. In contrast, city planning departments and developers will have dealt with hundreds, even thousands of developments.

I would like to suggest that developers and urban planners and regions and cities and various levels of governments and stakeholders admit that there might be another perspective on this NIMBY syndrome. Not being included early in the discussions, or even summarily dismissed might be reasons for residents to protest.

There is a better way. Research reports indicate that proposed (affordable) housing developments have less neighbourhood resistance and are completed more quickly when there is ‘early and ongoing communication’ with residents and other stakeholders.

The reports ‘Gaining Community Acceptance: Case Studies in Affordable Housing’ (prepared for Canada Mortgage and Housing Corporation in 2006), and ‘Toward More Inclusive Neighbourhoods’ (one of a series of guides prepared for the BC Provincial Ministry of Housing, under the direction of the ‘NIMBY’ Task Group) (2014), speak to this type of process.

A National Housing Strategy was introduced in 2017 and speaks of a public engagement campaign. The Charter for the National Housing Council states that it is looking for independent and fearless advice. Neighbourhood residents have an important perspective to add to the subject of safe, affordable housing

Will this campaign only address the usual concerns of how a proposed development might impact neighbourhoods and the many misconceptions about the impact of social housing on neighbourhoods? This campaign must help residents begin to understand – before they hear of a proposed development and their emotions become engaged – that these issues might not affect them as much as they think.

But most importantly, will this public engagement campaign help establish a new way of informing and including residents and neighbourhoods early in the process? There is a need to see ‘gentle densification’ projects, especially in areas zoned for single-detached housing, that will help add (affordable) housing units for those in need, and not just the usual repetition of overwhelming infill developments. This type of process could also help revitalize older, established neighbourhoods.

Unfortunately, these ‘best practice’ guidelines are not being acknowledged or followed. Isn’t it time to stop blaming residents who are confronted with a process that leaves them confused and in shock, and rather, include them from the start? 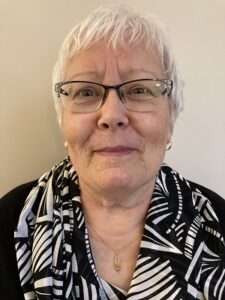 You can read about my neighbourhood’s story in the report by the SFU Urban Studies Program, “Residential Building Approval Processes in Metro Vancouver, ‘Getting to Groundbreaking: Focus on Townhouses’ – Case Study 1: Pitt Meadows Neighbourhood Resistance to Townhouses, Best Practice: Better Public Engagement (page 86), which was written in conjunction with Greater Vancouver Home Builders Association, the Urban Development Institute, Metro Vancouver, Urban Analytics, municipalities and other stakeholders.

Maureen Robertson attends New Life Community Church in Burnaby. Over the past 10 years, she has attended nearly every City Council meeting in Pitt Meadows, taken myriad courses, attended dozens of meetings on housing development related issues and acquainted herself with the intricacies of politics and housing/industrial land development. She is a member of CMHC’s Expert Community on Housing (ECOH).

1 comment for “A (former) NIMBY asks a few questions”