An encouragement: engage with your neighbours 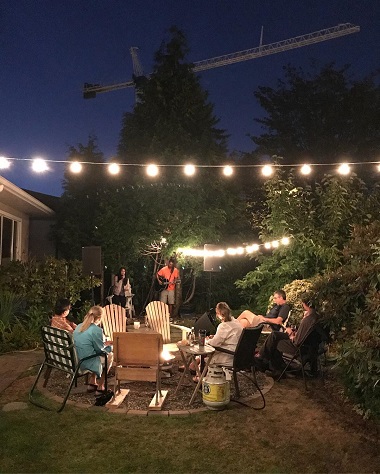 A Friday evening with neighbours.

Barry Jung recently sent this note out to pastors on the West side of Vancouver, but his experiences are valuable for anyone living in Metro Vancouver.

Some of you may know of my story of slow transformation through engagement with my neighbours over the past seven years. I have also seen the transformation in other Christ followers who have become intentional in connecting with their own neighbours.

Might I encourage those of you who have the resources within your church community to emulate the Neighbourhood Small Grants (NSG) model and partner with your congregants in making neighbourhood connections?

The Vancouver Foundation’s NSG has been a catalyst for many ordinary people to become more engaged with their neighbours and neighbourhood. These community-minded citizens have nurtured community and belonging in the places that they inhabit.

As humans made in the Image of God, we are wired for community and as Christ followers, the Christ in us gives us the ability “to love your neighbours.” Can you imagine the additional layer of work the body of Christ can contribute and participate in by joining in with what God has already started with Vancouver Foundation and with so many other organizations and individuals who are forming community in their neighbourhoods? 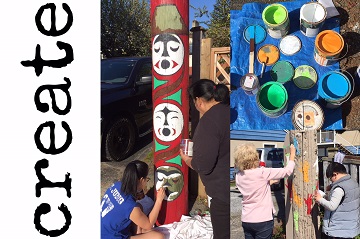 As the weather warms up, we’ll be experiencing ideal conditions for backyard barbecues and frequent walks in the neighbourhood. I would encourage you to consider allocating funds for neighbourhood grants of your own to partner with and encourage your congregants to make meaningful connections with their neighbours. If you are already doing something similar, continue to encourage and affirm those in your midst that are loving their neighbours.

This will be the third year that our Missions Team has supported neighbourhood seed grants to congregants of Granville Chapel. It has mustard-seed beginnings. A handful of congregants have applied and some have begun practicing a faithful presence in their neighbourhood.

For Vancouver City proper, NSG is administered and promoted through a dozen community neighbourhood houses, but together we can significantly contribute to their work. Imagine the impact in ushering in the kingdom of God, if just a fraction of the 300-plus church communities in our city provided their own seed funds for nurturing shalom in each of their neighbourhoods. 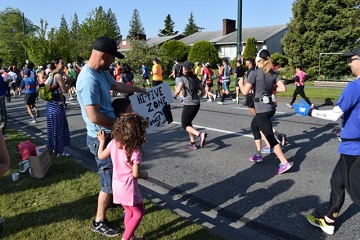 The neighbourhood party was timed to coincide with the start of the BMO Marathon this year.

I would be happy to share with you any resources I have including online template for applications so that you might launch your own granting initiative.

I leave you with this quote from an article in Christianity Today by Julie Canlis that has so resonated and aligned with my own story as I engage with my neighbours and learn how to love them.

In a world that suffers from isolation, offering friendship and listening attentiveness might give our neighbors a more embodied encounter with the gospel than they’ve ever had. It just might save them. And it will certainly save us.