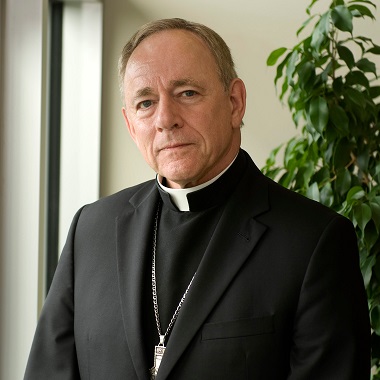 As protests against racism, injustice and violence are taking place in the United States, Canada and around the world, I invite the faithful of the Archdiocese of Vancouver to recognize the serious problems that the protesters are raising and to contribute to the dialogue with earnest prayer and active participation.

Although the protests over the tragic death of George Floyd began in the U.S., the underlying issues have to be faced head-on with an individual and collective examination of conscience in light of Sacred Scripture.

All humans share a common origin; all are created in God’s image (Genesis 1:27); and all are brothers and sisters. In the Gospel, Jesus ministered to everyone, regardless of race, sex, political affiliation or social or economic status. The Apostle Paul wrote, we “are all one in Christ Jesus” (Galatians 3:28).

As the Catechism of the Catholic Church explains it, all men and woman share a “basic equality” and “any kind of social or cultural discrimination in basic personal rights on the grounds of sex, race, colour, social conditions, language or religion, must be curbed and eradicated as incompatible with God’s design” (n. 1935). Humanity exists as a single human family, within which any claim to racial superiority has no place.

In recent days, thousands have gathered in Vancouver peacefully to protest racial injustice in its many forms. These protests reflect justifiable anger and frustration because racist attitudes and discrimination have been tolerated for far too long.

We are hearing from people who have been discriminated against and persecuted because of the colour of their skin. The number of reported anti-Asian hate crimes has risen in Metro Vancouver during the COVID-19 pandemic. We are fully aware of the racism and substandard living conditions faced by many Indigenous Canadians. And every year, hundreds of religious hate crimes occur in our country, particularly against Muslims and Jews.

Racism still affects our culture, often in hidden or unconscious ways. The wound of racial injustice keeps returning to poison human relations. It causes great harm to its victims and corrupts the hearts of its perpetrators. Racism is an evil that erodes the core of society.

The Second Vatican Council put it this way: “Excessive economic and social disparity between individuals and peoples of the one human race is a source of scandal and militates against social justice, equity, human dignity, as well as social and international peace” (Gaudium et Spes, n. 29).

God demands that we work with vigour and courage to end racism by fostering structures and policies of economic and social justice. The fight against racism requires a personal change of heart. What is needed is a genuine interior conversion – the long road of a conversion that will compel personal change and systemic social reform.

The faithful have an obligation in charity to address the suffering and injustice experienced by any of our brothers and sisters. As Pope Francis said, “We cannot tolerate or turn a blind eye to racism and exclusion in any form and yet claim to defend the sacredness of every human life.”

Fortunately, we are witnessing peaceful dialogue taking place in Canada, making it possible for rational discussion of critical issues, from racism to excess use of force by police. Let us bring a Christian voice to the discussion, while praying for peaceful dialogue and for all those who, in recent days, have died or suffered from violence and the sin of racism.

This pastoral letter is re-posted by permission.

The Canadian Conference of Catholic Bishops released its own statement June 8.

← Walking through Vancouver: reflections on systemic racism
Online evangelism conference: ‘show and share the love of Jesus’ with confidence →