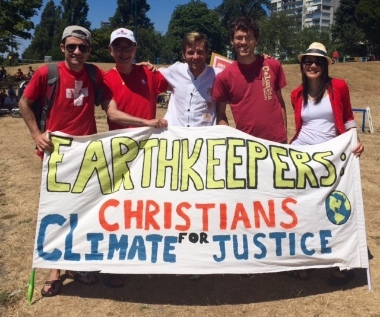 Last Saturday (July 4), Christians concerned about climate change gathered in Vancouver with a coalition of faith, labour, environmental and Indigenous groups. Together they formed a symbolic wall of solidarity along the seawall in Stanley Park, committing to prevent expansion of fossil fuel infrastructure.

The rally was part of the national weekend of action – “We > Tar Sands,” organized by 350.org – climaxing with a 10,000 person march for Jobs, Justice and the Climate in Toronto on Sunday. 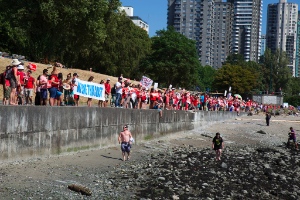 Supporters come from diverse backgrounds – Baptist, Anglican, Alliance, Orthodox. Members of Earthkeepers: Christians for Climate Justice have been inspired by the moral imperative to put Christian theology to practice in our relationship with the earth, working for a more sustainable, just economy for all.

Recognizing that climate change disproportionately affects the poor, we want to see a fresh movement within the church to engage and transform our society as we face what Pope Francis, in his recent encyclical, calls “one of the principal challenges facing humanity in our day.”

For more info about Earthkeepers, check out www.earth-keepers.org (still under development) or email earthkeepers.bc@gmail.com.

This should be an excellent concert. Either one of these artists would be worth the price of admission ($20); together they will be a unique treat. They should really be over at the Folk Festival, but we’re fortunate to have them playing Regent College a couple of days earlier, on July 16.

Steve Bell is well known and well loved in these parts, having toured out this way from his Winnipeg base many times. Suffice it to say that he is the genuine article – a thoughtful Christian, a personable man and a compelling storyteller. Last fall he put out Pilgrimage, a four disc retrospective of his 25 year career – so he’ll have plenty of good material to draw on.

Bell will be at Regent all next week, teaching Seasons of Renewal, a sort of pilgrimage through the ‘sacral year,’ with Malcolm Guite, a poet and chaplain of Girton College, Cambridge.

Pierce Pettis is less well known in these parts – and, indeed, less well known than he should be in general. His songs have been covered by everyone from Joan Baez and Art Garfunkel to Dar Williams and Garth Brooks. But he has remained beneath the radar of most music lovers, despite the fact that he has been writing and performing songs since the late 1970s.

But I’ll vouch for him, having collected most of his CDs and having seen him play live at the Railway Club years ago. I’m off to get tickets tomorrow!

If you can’t get to the July 16 concert, and are willing to drive a bit, Pettis will be playing with Carolyn Arends at House of James in Abbotsford this Friday (July 10). That one should be good too.

The trials of TWU School of Law 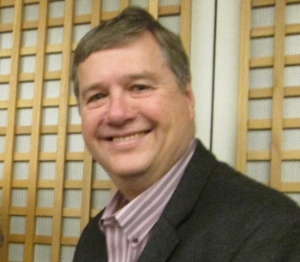 A comment by Bruce Clemenger, president of the Evangelical Fellowship of Canada, tells the latest chapter in the sorry saga of opposition to Trinity Western University’s proposed School of Law:

In a disappointing decision, the Ontario Superior Court of Justice recently ruled that a refusal [by the Law Society of Upper Canada] to accredit Trinity Western University’s (TWU) proposed law school in Ontario was reasonable and should not be overturned – even though the court found the original refusal did interfere with TWU’s religious freedom. TWU has said it will appeal the decision.

This is the second of three legal challenges launched by TWU against provincial law societies who are objecting to TWU’s Community Covenant and refusing to recognize TWU law degrees unless that covenant is changed.

In the first case, a Nova Scotia court ruled in favour of TWU (and this decision is being appealed by that Law Society). The third challenge involving the British Columbia Law Society will be heard in late August.

A statement of faith or community covenant . . . articulates the defining characteristics of that community. And it is accepted in law that religious organizations can discriminate based on religion just as an academic institution can discriminate on academic merit (or a sports club based on athletic ability).

Such discrimination is legitimate and lawful as it is necessary to the formation and free functioning of diverse institutions and associations. It is the cornerstone of a free and democratic society – freedom of religion, of expression and of association.

Even if individual graduates would be admitted to the Law Society of Upper Canada, and the LSUC should confirm that they would, the interference with TWU’s religious freedom as a community is a severe challenge not only to the freedom of all religious institutions and communities but to the idea of a robust pluralism.

We live in a multi-cultural and religiously diverse society where people are free to gather, to form associations and institutions to pursue that which they deem important to their vision of the good life. This is the cornerstone of a liberal society. Such a society is premised on toleration and respect for difference and the recognition that diverse ways of life can contribute to the public good.

The beliefs of evangelicals are not in any way incompatible with the practice of law. In fact the court noted that evangelicals have been attending secular law schools for decades without a problem and have been accredited by law societies without any problems. Neither should TWU’s beliefs and community covenant be a barrier to its accreditation.

For Clemenger’s full comment go here.
John Carpay, president of the Justice Centre for Constitutional Freedoms, which intervened in Trinity Western University v. Law Society of Upper Canada, addressed the issue in The Globe and Mail. Barry Bussey, vice president of legal affairs for the Canadian Council of Christian Charities, also wrote on the topic.
TWU is sponsoring a Pre-Law Conference August 28 – 29 with the Christian Legal Fellowship.