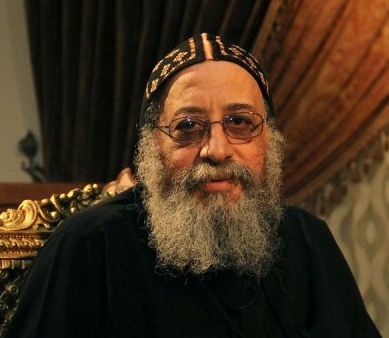 The leader of the Coptic Orthodox Church of Alexandria will visit Metro Vancouver next Thursday (September 18) as part of a Canadian tour. Pope Tawadros II is the 118th Pope of Alexandria and Patriarch of the See of St. Mark. The Coptic Church is the largest Christian church in Egypt and the Middle East.

Pope Tawadros II was named leader of the Coptic Church in Cairo November 4, 2012, following the death of Pope Shenouda III, who had led the church for 40 years. He was selected in a process known as the Altar Lot. Slips of paper bearing the names of three consensus candidates were placed in a sealed chalice and, following congregational prayer that God would choose a good shepherd, a blindfolded boy picked his name from the chalice.

At the time of his election, Michael Collins Dunn, editor of the Middle East Journal, said: “He is considered more a pastoral than a polarizing political figure. The difficult transitional period since the revolution and the growing strength of the Muslim Brotherhood has polarized sectarian feelings at the time the Copts had no clear communal leader, so this is likely to be a major initial challenge to the new pope.”

Before becoming a priest in the late 1980s, Pope Tawadros II took a degree in pharmacy. (It is interesting to note that the two priests at St. George – Father Bisenty Abdel-Messi Gerges and Father Armia Aziz Gerges – both have Masters degrees in the medical field.)

Copts make up about 10 percent of Egypt’s population, but can also be found all around the world. The church belongs to the Oriental Orthodox family of churches, which has been a distinct church body since the Council of Chalcedon in 451 AD.

One particularly appealing feature of the Coptic Church, according to the Encyclopedia Coptica, is its concern for ecumenism and peace: “Daily, in all Coptic Churches all over the world, Copts pray for the reunion of all Christian Churches. They pray for Egypt, its Nile, its crops, its president, its army, its government and above all its people. They pray for the world’s peace and for the well-being of the human race.”

For details on the Pope Tawadros II visit, go to the St. George Coptic Orthodox Church website. The main four events are greeting the pope at the airport; liturgy at the church; a banquet lunch at Surrey Sheraton Hotel (tickets can be bought at the church); and meeting with the congregation at the church. All events are open to the general public. 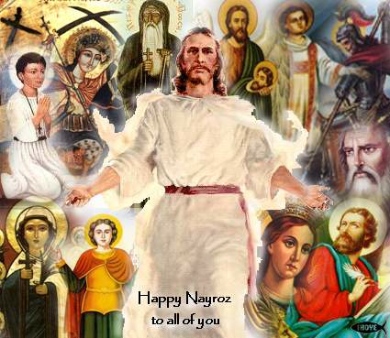 As an interesting side note, September 11 is the Feast of El-Nayrouz (Coptic New Year). From the website of St. George Coptic Church:

Today is the beginning of the blessed Coptic year. It is necessary to keep it a holy day with full purity and chastity. Let us start a new demeanor as St. Paul the Apostle says, “Therefore if anyone is in Christ, he is a new creation: old things have passed away; behold, all things have become new. Now all things are of God, who has reconciled us to Himself through Jesus Christ, and has given us the ministry of reconciliation.” (2 Cor 5:17-18)

And Isaiah the Prophet says, “The Spirit of the Lord God is upon Me, because the Lord has anointed Me to preach good tidings to the meek; He has sent Me to heal the broken-hearted, to proclaim liberty to the captives. To proclaim the acceptable year of the Lord.” (Isaiah 61:1-2) And David the Prophet says, “You crown the year with Your goodness; and Your paths drip with abundance.” (Psalms 65:11) 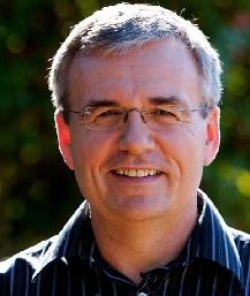 John Neufeld has been lead pastor at Willingdon Church for 15 years.

The lead pastor of Metro Vancouver’s largest Protestant church has resigned, according to a September 8 article on the Mennonite Brethren Herald website. John Neufeld had been with Willingdon Church in Burnaby for 15 years. Writer Barrie McMaster said:

In his final sermon, September 7, 2014, Neufeld told his congregation he felt it best to leave Willingdon at this time “because of [the church’s] vision and future direction.”

Willingdon is considered the largest Mennonite Brethren church in Canada and has actively planted or assisted in planting a number of churches, including Westside Church which recently moved into the former Ford Theatre building in downtown Vancouver. The church leadership has also supported the C2C Network’s church planting efforts.

On his blog, John said September 8, “This blog will contain my thoughts around various scripture including my plans for the future. Please be patient with me. Many of you have asked me to give more details around my resignation. I have chosen not to do so, but to assure all of you that my love for the people I have ministered to is undiminished.”

Redeemed from the Hollywood

Pastor Tim Horman announced earlier this month that “We have a new name! As of this week, we will be no longer be Church From the Hollywood. Our new name is Redemption Church.”

He said: “After 25 years as Point Grey Community Church, and two years as Church at/from the Hollywood, we are replanting the church with a new vision and a new name. . . . Our vision is simple. To join with God in bringing Redemption, Reconciliation and Renewal to Vancouver. Our name reflects the call of the church to join with God in healing the world. This is our passion and our great joy.”

What isn’t clear yet, apparently, is exactly where Redemption Church will located. As we wrote in mid-May:

The Church from the Hollywood hopes to become the Church at the Hollywood – for the second time. For 15 months, ending November 30, 2013, the church worshipped in the old Hollywood Theatre. Then the owners, who had leased the space to them below market value, decided to sell the property.

But in a recent press release, the church said, “Church From the Hollywood and 4184 Investments Ltd have signed a Purchase and Sales Agreement for the Hollywood Theatre, located on West Broadway in Kitsilano.”

Lead pastor Tim Horman said, “We are deeply grateful for the opportunity to negotiate a purchase agreement with the current owner, who has been incredibly generous to us during our time in the theatre and we look forward to bringing a new season of life to the Hollywood Theatre.”

There is still no final word on the Hollywood-now-Redemption site about the result of those negotiations (though the issue seems likely to be resolved this month). But it does appear that the church is clear on its role in the Kitsilano community, wherever they are based.

God in My Everything selling well 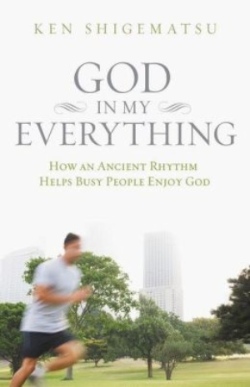 It’s just over a year since Ken Shigematsu published God in My Everything: How an Ancient Rhythm Helps Busy People Enjoy God. The senior pastor of Tenth Church celebrated by taking note of a few highlights:

“Many books never sell 500; most never reach the 1,000 mark,” said Ken. “HarperCollins/Zondervan said if the book sold 5,000 copies (the same number as a Canadian bestseller), it would be deemed successful. We’ve sold close to 19,000 copies in the first year.”

“The book is being read by a wide range of people from all walks of life. One of my favourite stories is from an 82 year old Chinese woman with grade 6 English. She told me that she is a person who by nature never reads, but said, ‘I used a Chinese-English dictionary, I understood your book and I was uplifted by it.’ I was also thrilled to hear from an urban missionary friend that a homeless man named Davie he knows on the Downtown Eastside is reading the book.”