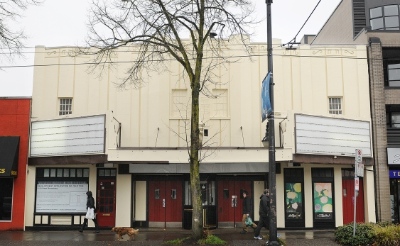 There is broad agreement that the Hollywood Theatre deserves to be saved; the question is who should take on that responsibility.

The Church from the Hollywood hopes to become the Church at the Hollywood – for the second time. For 15 months, ending November 30, 2013, the church worshipped in the old Hollywood Theatre. Then the owners, who had leased the space to them below market value, decided to sell the property.

But in a recent press release, the church said, “Church From the Hollywood and 4184 Investments Ltd have signed a Purchase and Sales Agreement for the Hollywood Theatre, located on West Broadway in Kitsilano.”

Lead pastor Tim Horman said, “We are deeply grateful for the opportunity to negotiate a purchase agreement with the current owner, who has been incredibly generous to us during our time in the theatre and we look forward to bringing a new season of life to the Hollywood Theatre.”

The church was very good about sharing the space with the community while they were in possession: “In that time, we raised over $16,000 for local community projects and organizations through volunteer-run events. Box office proceeds were given away to St. James Community Square, the Lookout Shelter Society and Kitsilano Neighbourhood House, among many other local recipients.”

But not everyone feels that church ownership of the Hollywood would serve the arts community well. 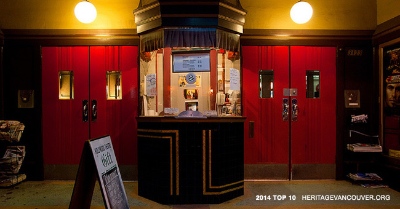 The Heritage Vancouver Society just named the Hollywood Theatre #1 in their annual Top Ten Endangered Sites list, noting: “It is one of our last intact neighborhood theatres . . . Vancouver has lost several of its most significant cultural community spaces lately, and it is time to reverse this trend.”

Heritage Vancouver urges the city to work with the Save the Hollywood Coalition, which released a press release May 8 titled: “Church purchase leaves theatre heritage at risk; city ownership still the best option.”

The Save the Hollywood Coalition “is concerned that the [church] plan for the Hollywood would neither secure the theatre’s heritage nor realize its fullest potential as a public arts and culture venue.”

The Coalition has said that it “appreciates the church’s efforts to promote the Hollywood’s heritage and raise its profile in the period following the theatre’s closure in 2011. But the Hollywood is a theatre, not a church – and the church’s priority is its religious ministry, not heritage preservation or arts and entertainment. Vancouver’s westside communities already benefit from a wealth of churches and other religious institutions, but there is a critical and ever-growing shortage of arts and culture capacity. . . . The Coalition is concerned that the Hollywood will be effectively converted into a private church hall with it only being available to the community and arts groups on the side at the church’s discretion.”

In a CBC TV News story which aired May 8, Mayor Gregor Robertson said the city won’t step in to purchase the theatre. “I don’t know what the exact future is,” he said, “but it sounds like there’s a possibility that there could be community use, but that will have to be worked out between community groups and the church.”

The broadcast recalled that the city had considered stepping in when Westside Church bought The Centre for the Performing Arts last summer, but that sale went ahead. There was considerable unhappiness on the part of some arts and media groups about that sale, and the potential loss of space for the arts. However, Westside welcomed both the Vancouver International Film Festival and the Goh Ballet performances last fall.

Sarah Kift, programmer and communications director for Church From the Hollywood, responded on the CBC news report: “Pretty much anybody that is doing something for the community, that wants the space, we like to share it with them.”