Metro Vancouver has not experienced a really big festival of Christian music for years. That situation will be remedied just over a week from now (August 1) with Praise Fest at the Cloverdale Fairgrounds’ Stetson Bowl.
Joining headliner TobyMac will be Peter Furler, Dan Bremnes, Love & the Outcome, Red, and Matthew West.
TobyMac is one of the few artists who have made it big in the secular market after starting out in the Christian music world. He was part of the successful rap and rock group dc Talk from 1987 to 2000, but has become even better known performing on his own. 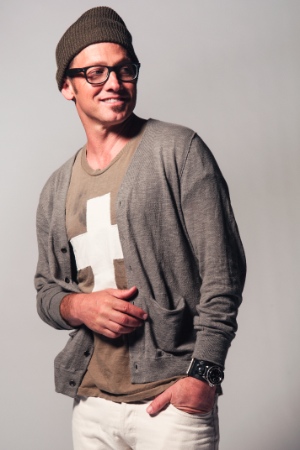 His fifth solo album (Eye On It, released in 2012) entered the Billboard 200 at No. 1 – only the third time a Christian album has debuted in top spot – and won a Grammy. He has won six Grammies over the years, and sold 11 million albums.

Along the way, TobyMac wrote two books with dc Talk bandmates Michael Tait and Kevin Max – Jesus Freaks: Martyrs and Jesus Freaks: Revolutionaries. These books are mainly focused on Christian martyrs, so it is interesting to note that Praise Fest is sponsored by Mission Without Borders, whose work began with smuggling Bibles past the Iron Curtain and continues in six Eastern European countries.
One of TobyMac’s most recent shows was in support of a massive Christian rally in New York’s Central Park. Tens of thousands came out to hear music by several prominent artists and preaching by Luis Palau. A couple of days before the July 11 event, The New York Times featured an article on An Evangelical Revival in the Heart of New York, saying: “The size of the festival belies the city’s secular reputation and speaks to the vibrant evangelical movement in New York.”
Let’s hope TobyMac brings a little bit of that excitement with him to Metro Vancouver.
Peter Furler (now on his own after 22 years as a key member of the Newsboys) will also be a draw August 1. Matthew West has been well known in the Contemporary Christian Music scene for over a decade, having won several awards and being nominated for four Grammies. Dan Bremnes will be returning home (at least close to home; he grew up in the Interior) from Nashville.
The Praise Local Music Stage will feature a number of local artists: Joel Reimer, Alana Klatt, Oh Village, Lavoy, Flood the Stone, Brian Doerksen and the SHIYR Poets, and Shylo Sharity.
Folk Fest no substitute for church 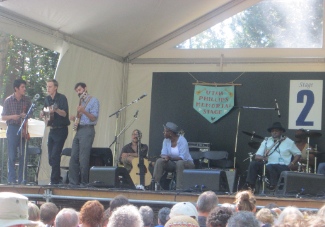 The Downhill Strugglers (left), Cecile Doo-Kingue and Lurrie Bell may have left something to be desired in the gospel music department, but not as musicians.

For years I’ve said – only half in jest – that my favourite worship service of the year takes place during the Vancouver Folk Music Festival at Jericho Beach (July 17 – 19 this year). Just a couple of weeks ago, I said:

The [Sunday morning] gospel workshop is often worth the price of admission alone. Christians love it, of course, but every year hundreds of people who would never darken the door of a church are out there in front of the stage with their hands in the air, clearly moved by straightforward gospel music.
Well, this year not so much.
First off, Cecile Doo-Kingue said she’d been surprised to be called on to host the workshop because her mother refers to her as “the heathen.” But then again, she doesn’t claim to be a gospel singer, just to enjoy performing with the Montreal Jubilation Gospel Choir. She began by belting out a powerful version of ‘Respect Yourself’ – not a bad start, considering.
The Downhill Strugglers took over from her and they did their part, singing a couple of “good old gospel songs” – first ‘The Unclouded Day’ (“O they tell me of a home far beyond the skies . . .”) and later ‘Ain’t Gonna Lay My Armour (Down Til He Comes).’ They say they’re from Brooklyn, New York and Johnson City, Tennessee; the latter, aided by fiddle and banjo, prevailed.
Convincing though the Strugglers sounded, their message was coloured by the fact that I’d seen them the night before singing – with at least equal gusto – ‘The Preacher and the Slave,’ a parody of ‘In the Sweet By-and-By.’ The old Wobblie (International Workers of the World) ballad lampooned the “Starvation Army” (Salvation Army) and its quest to win souls for “pie in the sky.”
That left Lurrie Bell, an impressive blues performer I had quoted:
I had always wanted to make a record to show my gratitude for gospel music. I’m a bluesman but I’ve also played a lot of gospel songs for myself and for my family when I’m at home. The music gives me a sense of peace that I can’t find anywhere else.
Bell gave me hope with his first song, ‘Stormy Monday’ (“They call it Stormy Monday, but Tuesday’s just as bad . . . Sunday I go to church, gonna kneel down and pray).”
But toward the end of the workshop, in what could have been a spiritual climax to a good morning, Bell launched into . . . ‘I’m Your Hoochie Koochie Man.’ Great song, but hard to find a gospel message there. Sigh.
I looked surreptitiously around, hoping none of my fellow congregants had read my article encouraging attendance at the Folk Fest Sunday Service. (Many in the crowd had their hands in the air alright, and they were moved . . . but possibly not by the Spirit.)
I then made a mid-July resolution not to promise more than I can deliver next year. But I admit that I’ll still be praying for one of those dynamic led-by-the-Spirit gospel whoop-ups of the sort that probably only the Folk Fest can deliver. 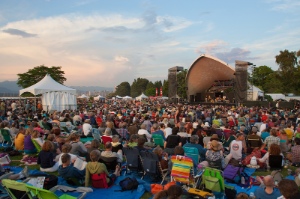 Seriously, though, the festival was great, as always. Where else you can you find such a wealth of musical talent in such a beautiful setting? My daughter’s friend from Norway enjoyed it so much she was sorry to have to go home. And her friend – one of the performers – said it was the best week of her life.

I have to admit that because of the heat I stayed under the trees at Stage 2 as much as possible. From that vantage point, a couple of highlights were Breabach, an impressive Scottish traditional band; the ‘Mad for Trad’ workshop, with several other types of traditional music; and an exuberant ‘Voix Africa’ workshop hosted by Angelique Kidjo. 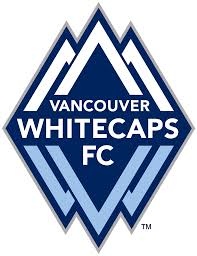 Local Alliance Churches are hosting their third annual Whitecap Faith Night and are inviting others to join them this Sunday (July 26). Here’s their invitation:

Come cheer on the ‘Caps and enjoy an evening of soccer, testimonies and worship!

The MC for Faith Night this year is pastor Dave Sattler of North Shore Alliance Church and the worship band is the young adults worship band of Chilliwack Alliance Church. It will be an awesome evening of worship, soccer skills and testimonies from Christian players on the Whitecaps team.

Anyone can come, so please share this with other churches in your city or town – it is not limited to Alliance Churches, we just have the privilege of organizing it!

Faith Night is birthed out of the FLO Soccer Camp, which is in its third year with North Shore Alliance and Chilliwack Alliance, and this year has added Mission Creek Alliance to the churches participating. 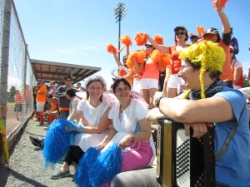 L’Arche Greater Vancouver is joining with the annual Canada Life Charity Softball Tournament this Friday (July 24) to raise money towards the purchase of a new accessible vehicle for L’Arche. Here’s what they’re up to:

L’Arche Greater Vancouver will add fun to the annual Canada Life Charity Softball Tournament [at Softball City in Surrey] where guests and tournament participants will have the opportunity to participate in various activities. The money raised at the L’Arche tent will be matched by Canada Life. We plan to offer face-painting, a photo booth, silent auction, games and prizes.

The B.C. Catholic has written about the event here.

L’Arche Greater Vancouver is an intentional community of approximately 120 people sharing life and work together. It operates six homes and two-day programs and is involved in initiatives of welcome and outreach to the wider community.