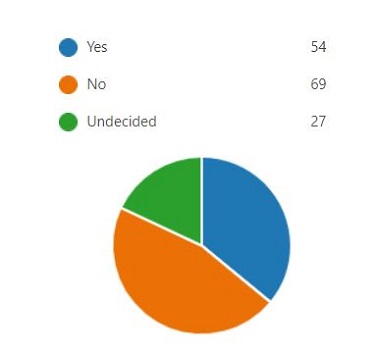 When I received an email from the Office of the Premier of British Columbia February 10, I was intrigued. How did they get my name and private email and what did they want?

I found it was an invitation to join a conversation led by Dr. Robert Daum, the third such dialogue he has conducted.

The discussion convened some of the key government leaders responsible for charting a course for us through the pandemic, and about 40 spiritual, faith and indigenous leaders in the province who are navigating their people through this crisis based on those charts. The meeting would take place February 22.

Their stated objective was to consult with us about:

The community impacts of the pandemic, evolving heath orders and related issues. This dialogue will focus on the considerations required to safely ease government restrictions. When it becomes possible to begin to ease public health restrictions, what is important for government to know about your community context? Several provincial government officials will be at this dialogue. As well, there will be an update on the vaccination process.

In that moment I had an idea and created a survey to get the pulse of my peers who were not invited to this meeting – charismatic and evangelical leaders of churches and Christian ministries in British Columbia. I asked a few simple questions to help me prepare for this meeting.

(Half of the survey is posted to the right and the remainder of the results – unedited written responses from the submitted surveys – are located here.)

Remember, I’m not a pollster so I didn’t have a methodology in mind and I probably could have worded the questions better. But I asked questions that I wanted answers for, to help me as I walk with churches and ministries in the province as they navigate this crisis.

I forwarded a link to the survey to many of the the leaders I know and asked that it be forwarded among a number of leadership groups I belong to.

I kept it off social media, but soon discovered it had struck a nerve as I began to get replies from all over the province. I was originally only hoping for a few dozen replies, but by the time the survey closed February 21, 9 pm, there were 150 completed surveys and an inbox full of email messages.

Too late for me to adjust the survey questions, the Friday before the meeting I received the link to the meeting along with the questions we would be asked:

“What strategies can you envision to balance the need for public health restrictions and the needs of your community in terms of in-person gathering?”

“What would success look like to you when the Province takes safe, careful steps to ease health restrictions? What concerns should the Province be aware of in this process?”

The thoughts expressed in the survey were repeated by those from various faith groups during the February 22 meeting.

Time and again leaders expressed that they want to be treated by the government with fairness and with a strategy which would allow their buildings to remain open for gatherings, as has been the case with restaurants and gyms.

A large part of the meeting was given over to breakout groups that discussed the issues. I represented the charismatic and evangelical community, and in my group there were leaders from the Catholic, Anglican, Jewish, Muslim, Ismaili, Mormon and Hindu communities.

I was uncertain how the views represented by my survey would be received by these leaders, but as I presented the findings I found they agreed with them and that it helped them give voice to their own concerns about where we are now.

I expected broad support for the government among these leaders from other faith groups, but discovered that the general level of favour once enjoyed by Premier John Horgan and Provincial Health Officer Dr. Bonnie Henry among faith communities has evaporated, leaving behind uneasy compliance and the rumblings of opposition.

One leader in my group was Gordon Oliver of Kelowna, who does public relations work for the Church of Jesus Christ of Latter-Day Saints in the interior of BC.

The leaders in our group gratefully acknowledged that he put into words what we were all thinking and feeling when he said: “Our desire for the safety of the people that attend our services is equal to or greater than that of the government.”

The response generated by that comment was enormous, with most saying they wanted to be treated with fairness and respect and that the government’s one size fits all approach was wrong-headed and unhelpful.

As you look at the survey responses you will notice that while many churches and ministries will continue to follow the health orders and closures there is growing opposition to the government and a willingness among some faith leaders to move into civil disobedience in order to serve their communities.

Leaders in this meeting continued to express their desire for the government to recognize faith communities as essential services.

Those familiar with the Halo Project will know that shutting down the operation of faith communities has a significant impact on the surrounding community since “every dollar a congregation spends could create $4.77 worth of service a city does not have to provide.”

There were two government presentations during the meeting, one from Minister of Health Adrian Dix, on the court case, and one from Dr. Penny Ballem, on provincial immunization.

Minister Dix reported on the success of the vaccinations program in long term care facilities.

However, he cautioned that given the lack of vaccines, “provincial health orders and our efforts for social distancing will need to be maintained to some degree well into the future. While vaccines are an answer and they may be an answer by September, they are not an answer for March for lifting health orders.”

Turning his attention to the court case brought against the province by a number of churches, he said:

Our view is that people have the absolute right to go to court and that we are going to argue these issues in the court. . . . It’s critically important that provincial health orders be followed. . . . For those judgments, we understand that there are consequences to public health orders.

He seems to be saying that the government will continue its adversarial stance with communities of faith. He was not willing to acknowledge that these communities are pushing back because of the inequity of the BC government shutting down faith gatherings when they could easily allow those gatherings with reasonable safety protocols as they do for businesses.

The dialogue session ended with a very helpful presentation by Dr. Penny Ballem, who explained that she has no say in policy as her role is a strictly technical one with the responsibility for the immunization rollout in the province.

After her presentation she fielded questions from the leaders. Here is the first one:

Q. Are we able to offer our churches as vaccination centres? 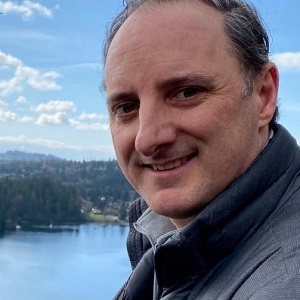 A. We are only looking for larger buildings which can house clinics. These are being organized right now. That list will be publicly available soon.

This comment is re-posted by permission of the author. Go to Shannon’s site for a fuller account, including unedited written responses from the survey and more questions and answers from Penny Ballem.

Rev. Shannon Stange develops leaders and organizations who influence the world for good through their ministries or businesses. He also serves one of our nation’s original Pentecostal denominations, the Christian Ministers Association of Canada.

← Where is the evidence to support the closure of religious worship in BC?
Around Town: Christ and Cosmos, Delta Hospice, Vulnerable Persons, CREATE →