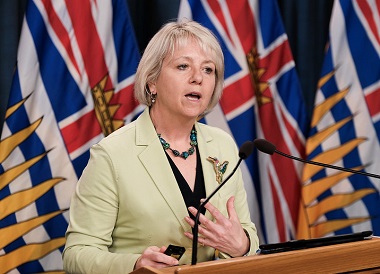 Dr. Bonnie Henry announced September 7 that the province was launching the BC Vaccine Card. Government of BC photo

Sometimes those of us in the church wonder whether anyone cares what we do or say. But we needn’t worry; the eyes of the BC Humanist Association are ever upon us.

They have made it their business to assess, research and report (complain) about the many ways in which we overreach.

Here are some recent initiatives of the “voice for Humanists, atheists, agnostics and the non-religious of Metro Vancouver and British Columbia”:

And so on; they are diligent in exposing our many presumptions. Now though, they are making the case that we have been wrongly overlooked. 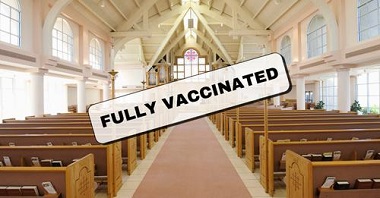 The BC Humanist Association wants churches to be covered by the vaccination passport.

The BC Humanist Association launched a petition September 13 to “require BC vaccine cards in churches.” They say:

As of September 13, proof of vaccination is required to access certain events, services and businesses in British Columbia. By October 24, you will need to show you have been fully vaccinated.

In other words, you’ll have to show your Vaccine Card to go to a public lecture but not to go to church.

This exemption defies the evidence and common sense. Fundamentalist religious communities are among the least likely to be vaccinated and indoor church services are hotbeds of COVID outbreaks.

Simply put: We must end the church exemption to the BC Vaccine Card.

Putting aside the fact that Christians were never destined to be favoured by the BC Humanist Association, and that almost none our churches qualify as fundamentalist, and that the links in their petition relate to the United States rather than BC . . . etc  . . . we would still do well to take heed of their concerns.

One pastor I spoke with recently told me that a neighbour had just asked him why churches are exempt from the vaccination passport. I’m sure he’s not alone. We are being watched, and not just by BC Humanists. If there is an outbreak, we will likely be lumped together.

So, it is good to know that most churches are being cautious as they meet. Last week I quoted Treena Duncan, Executive Minister of the Pacific Mountain Regional Council of the United Church of Canada, who said:

The standards provided by the province are minimum standards, and it is important to acknowledge that we as United Church people can ask for a higher standard in our communities of faith and ministries, in response to our duty of care of our people. 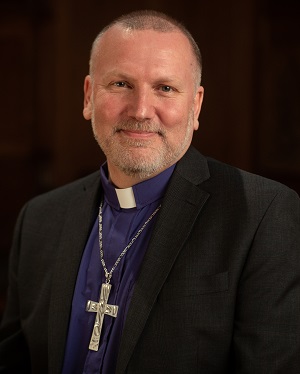 Bishop John Stephens of the Anglican Diocese of New Westminster, sent out a pastoral letter September 14: ‘Update on Mask Mandate and Vaccination Passport.’

He recognized that all worship-oriented services are exempt from the mask and vaccine mandates, but laid out 11 “expectations” for Anglican churches. Here are some key ones:

Worshipping communities are being given much leeway allowing us to continue to gather as a community of faith, but we must accept these exceptions to the protocols with responsibility and gratitude.

Please do continue to care for one another and love your neighbour as yourself. Remember that not everyone is ready to return to in-person worship and there continues to be much reticence about being indoors with others.

Other churches are slightly more relaxed, but all I’ve heard about are cautious in their approach. That is only right; we are obliged to care not only for ourselves but also for the broader community.

Who is and who isn’t covered

The September 13 update from the Provincial Health Officer lists the places and events where people over 12 must be vaccinated. They include:

You don’t have to show proof of vaccination at places like:

If there is a COVID-19 outbreak in one or more churches, or if we face a serious increase in infections and public demands for tighter restrictions increase, we may see the vaccine mandate extended to churches (or possibly, once again, closures).

It those measures are taken, I expect a wide range of responses. The majority of churches would likely acquiesce, as they have all along. But there could be exceptions. Signs of apprehension are already evident. 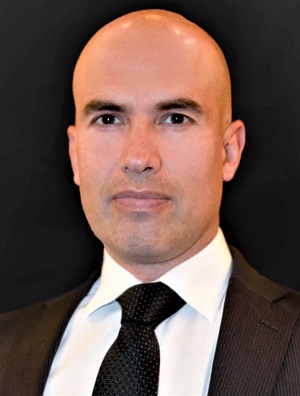 For example, The B.C. Catholic has posted a couple of stories raising questions about the validity of the vaccine mandate:

B.C.’s introduction of vaxports, or “vaccine cards” as the government calls them, was a complete reversal of Henry’s position just three months ago when she told media, “there is no way we will recommend inequities be increased by use of things like vaccine passports for services with public access here in British Columbia.”

Henry is asking faith leaders to encourage “only immunized people” to attend services, but has so far has stopped short of mandating it. “Those are decisions that faith leaders, communities, church groups, choirs, make for themselves; they don’t need an order from me to do that.”

We can only hope she’s more reliable in holding to those words than she was on passports and exemptions.

Most Canadians have apparently been in favour of the ominous notion of mandatory vaccinations since the start of the COVID. But in the past year, ethical debates about forced injections have largely been replaced with discussions on how best to carry them out.

To understand what is so objectionable about mandatory vaccinations, one need only consider Catholic teaching on the primacy of individual conscience and forming one’s conscience accordingly.

Wyatt Graham, referring to BC and other provinces which have adopted a vaccine passport, said ” I cannot see vaccine passports in churches as a net positive” in his comment for the Canadian site of The Gospel Coalition.

← Creating Conversation: why we need to persist when the conversation gets tough
Around Town: Justin Welby, L’Arche, Shelter to Home, House of James →