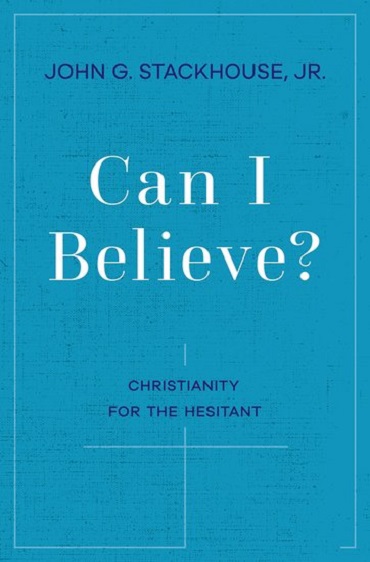 The more you interact with people outside the Christian faith, the likelier you are to encounter the intriguing question scholar and writer John G. Stackhouse Jr. raises in his latest book, Can I Believe?: Christianity for the Hesitant.

After all, Christianity unabashedly proclaims some odd, even bizarre-sounding ideas: a talking serpent, a death-dealing piece of fruit, a city’s walls collapsing at the sound of a trumpet and the sun standing still in the sky, not to mention a young carpenter who turns water into wine, walks on water and eventually rises from the dead.

Then there are Christianity’s ethical demands, some of which seem unrealistic at best, like the call to turn the other cheek and love our enemies. Does anyone really live up to these standards?

Throw in elements of the church’s checkered history – its role, for instance, in the Crusades and the Inquisition, or its occasional ambivalence about scientific discovery – and there seems to be ample reason not merely to reject Christianity but to find it utterly appalling.

And yet, some two billion people across all lines of culture, class, ethnicity, time and place have come to embrace this strange, self-denying and often-controversial faith. Most of them are sensible and decent, and quite a few – Ivy League professors, Oxbridge dons, Nobel and Pulitzer Prize winners – are incredibly intelligent, sophisticated thinkers. How has this happened?

In his book, Stackhouse invites outsiders to consider whether Christian faith is more reasonable and compelling than they might suppose. After defining religion as a set of beliefs, values and practices, he sets out some basic issues that anyone would want to consider in sorting through the panorama of philosophies and faiths on offer today. This is a helpful step, one that is often missing in works of apologetics.

There are three things, according to Stackhouse, that any religion should do.

First, it should provide a creed that accurately describes the way things are.

Second, it should present a code that teaches us how to respond to the way things are.

And third, it should offer a community of people who can encourage and instruct as we strive to understand the religion and live out its teachings. When approaching any religion, Stackhouse says, ask how well it fulfills these three purposes.

He acknowledges, of course, that things can go wrong. For instance, a person could visit a dying or declining church and come away with a poor or distorted view of Christianity. The antidote, Stackhouse argues, is to try to engage with a religion at its best before dismissing it.

Later in the book, Stackhouse proposes a set of four questions that can help someone get at the essence of any religion and evaluate it: What is real? What is best? What is wrong? And what can be done? He mentions his own positive experience using this fourfold approach as a framework for introducing Christianity to Chinese audiences while lecturing in that country.

With this framework in mind, Stackhouse turns his attention to Christianity, which he calls “the most popular and yet perhaps the most unlikely explanation of reality of any of the major ideological options.” He identifies four Christian teachings that qualify as essential.

First is the doctrine of creation, which answers “What is real?”

Second is the idea of shalom, or flourishing, which answers “What is best?” Stackhouse calls this the foundation of Christian hope for both the present and the future, when God will fulfill his promise to bring flourishing on a global scale and still all the world’s chaos.

A third essential teaching, the reality of sin and evil, represents “What is wrong?” in our lives.

The fourth, what Stackhouse calls Christianity’s solution (in response to “What can be done?”), receives an extended treatment in the book. Stackhouse covers such concepts as the fresh start we all need, the new birth, renewal, sanctification, the Trinity, the cross of Christ, his death and resurrection, forgiveness and the hope of a new world to come, where we are entirely transformed and no desire to sin remains.

The book then examines a number of grounds – historical, philosophical, ethical, pragmatic, aesthetic, psychological and experiential – for the validity of these essential Christian teachings. Stackhouse takes care to address two of the thorniest obstacles to belief: the exclusivity of the gospel and the problem of a good God allowing evil to exist.

Along the way, Stackhouse raises what might be the most foundational question of all: When it comes to matters of religion, how much can we actually know? It’s a question some will find unsettling. But Stackhouse works through it, reminding us that our situations in life, along with our interests, values, hopes and fears, can deeply influence the way we think.

He offers three suggestions for managing this reality: Choose your company wisely, widen your conversations to include varying perspectives and acknowledge the influence of your will in deciding what to believe.

Stackhouse is an engaging and honest writer. And the book is a good read for Christians who want to wrestle with the central questions of their faith as well as prepare for discussions with those outside the Christian community.

It should also prove useful to non-Christians who are interested in spirituality or religion but unsure how to carry out their search. The book includes illustrations, stories and accounts of the author’s personal experience that make it more readable while demonstrating the relevance of its ideas.

Many explorations of the Christian faith come across more as dogmatic lectures than honest inquiries. Part of what makes Can I Believe? so refreshing, by contrast, is Stackhouse’s willingness to present Christianity as a logical and appealing system of thought while respecting the conclusions his readers will draw.

Given the many strengths of his book, it’s reasonable to hope that more of them will answer its core question with a yes than a no. 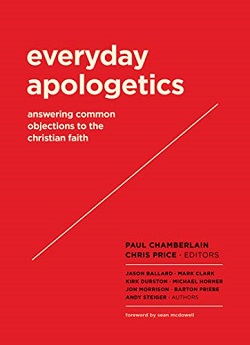 directs the Institute for Christian Apologetics at Trinity Western University. He has authored five books and is a co-editor (with Chris Price, leader pastor, teaching, of The Way Church in Vancouver) of Everyday Apologetics: Answering Common Objections to the Christian Faith. (Lexham Press, 2020). All of the contributors to that book live, or have lived, in the Metro Vancouver area.

John G. Stackhouse Jr. has written and edited many books. He taught for many years at Regent College, and retains a home in this area. He currently teaches at Crandall University in eastern Canada and has lectured at Harvard, Yale, Stanford, Edinburgh, Hong Kong, Fudan, Otago and many other universities. His voice has been featured in a wide range of media, from the New York Times to the Washington Post to the Times Literary Supplement, and from ABC News in the United States to ABC News in Australia, as well as in most major Canadian media.

Go here for the original review in Christianity Today.