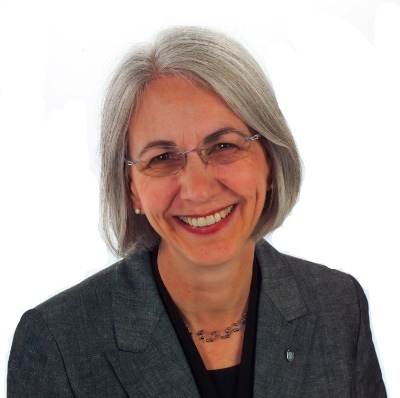 Calling me over to her bed in the ICU, she fumbled to grasp the lapels of my white coat. With surprising strength she drew me close to her face and said vehemently, “I don’t care what my doctor says, or what my family says, I just want to be kept comfortable until such time as I am no longer alive.”

It was 1979 and I was an intern. Katherine was a 35 year old math professor at the local university. Her aggressive breast cancer and its treatment had left her blind, bald, paraplegic and battling a bowel obstruction. Her oncologist had moved her to the ICU where her family – including her five year old daughter – could only be with her for five minutes each hour.

Due to Katherine’s completely inadequate pain control, I had been advocating with the oncologist for what was then an innovative treatment – a continuous opiate IV infusion. “She might get respiratory depression,” he said. “She’s only 35. We can’t just pull the plug on her.”

But after Katherine’s fierce plea to me, I started the infusion, an action that could have been grounds for dismissal. Her desperate cry for help had pushed me into action. Within minutes she became, and remained, comfortable. She did not die for several days and had an interval of pain-free time with her family.

When confronted by the oncologist, I replied, “You didn’t have to be here to watch her suffer.” It was also hard for him to argue with the success of the pain management.

Now, 35 years later, I shudder a bit at my audacity, but the impulse to relieve Katherine’s suffering was overwhelming. It also foreshadowed my career as a palliative care physician, which began 10 years later when I discovered palliative care as a discipline and commenced my training.

I still vividly remember the anguish I experienced when confronted with Katherine’s suffering. This memory gives me sympathy and compassion for colleagues who are so uncomfortable with the suffering of others that they are willing to participate in hastening the deaths of patients in their care.

The debate about physician-assisted suicide and euthanasia is not simply theoretical; it is fueled by the suffering of real patients like Katherine and their families. When we cannot end the suffering, the temptation to end the life of the sufferer becomes intense.

After 2,400 years of Hippocratic medicine, we are facing a new reality in many Western democracies. Under the banner of freedom and radical autonomy, the so-called “right” to choose the time and manner of one’s death has become a new rallying cry for those who reject what they perceive as paternalism driven by religious belief.

Country by country and state by state, the battle is being waged for the hearts and minds of citizens to sanction death as a part of healthcare under the guise of “compassion” and “choice.”

On February 6, 2015, in its unanimous ruling in the Carter v. Canada case, the Supreme Court of Canada struck down the criminal code prohibitions against physicians aiding and abetting suicide.

The ruling stated that its provisions apply to competent adults with a “grievous, irremediable condition” which does not need to be terminal in any way and specifically includes disability as a criterion. The person should be experiencing “intolerable suffering” as defined by the individual alone and specifically includes psychological suffering. The only other qualification is that the condition not be amenable to a treatment “acceptable” to the individual.

As incredible as it may seem, the so-called “right” to die was predicated on the right to life. Since the patient might have to kill herself early to ensure that she was still physically able to carry out the suicide, the loss of this potential life was ruled as a breach of her right to life.

Another disturbing element of the judgment was that the court found no material difference between actual killing and allowing to die, a foundational distinction in healthcare law. The ruling also allows both physician-assisted suicide and physician-administered euthanasia.

Some troubling questions arise from the breadth of these parameters. How do we quantify the amount of suffering a person is experiencing? As one of my physician friends has asked, “Who do we say ‘no’ to and on what basis?”

Notice that by asking questions instead of making statements, the advocate of these practices is forced to address the practical consequences of those beliefs.

Dismay over the Carter ruling, especially among Christian physicians, has been compounded by aggressive campaigns in several of the provincial bodies that license physicians (colleges). New policies are being introduced to compel physicians to perform –or formally refer for – any “services” that are legal.

The patient’s right to access trumps the physician’s right to follow his or her judgment, conscience and religion. Christian physicians are challenging this in court, but the College of Physicians and Surgeons of Ontario has vowed to “vigorously defend” its new policy.

What is a Christian physician or trainee to do?

First, we can be people of hope as it says in Romans 15:13. None of this takes the Lord by surprise. He is still in control on the throne. Prayer, too, is a powerful intervention that has positive outcomes for both the one praying and the world that is the object of the prayers. And lifting each other up in prayer brings us together and strengthens our bonds of Christian community.

Next, do not be deceived. These practices are extremely dangerous and utterly unnecessary.

In places where euthanasia and physician-assisted suicide are legal, there has been a rapid expansion and total absence of enforcement of the so-called “safeguards.” Patients with mental illnesses, early stage eye disease and even ringing in the ears have been euthanized. Children and patients with dementia, neither of whom can provide meaningful “consent,” have also been targets. In one study published in the Canadian Medical Association Journal in 2010, the physicians who reported that they caused the death of patients admitted anonymously that one in every three of those patients never gave explicit consent.1

Patients do not need hastened death; they need excellent care and a deep understanding of their difficult situations. They need all of us to be present with them in profound solidarity. They need the palliative care resources that the majority of patients and families do not have. It is a major human rights violation to be suggesting death as an “answer” to our society’s lack of commitment to care for our vulnerable citizens!

Every physician knows it is frighteningly easy for patients to die – keeping them alive is the hard work, and caring for them respectfully and compassionately in the process is even tougher. It takes courage and hope to treat patients, especially when the outcome is far from certain.

Agreeing with patients that their lives are not worth living and helping them die destroys the trust between patients and physicians, while also revealing a distinct lack of ingenuity in our treatments.

Real compassion is shown by finding ways to be innovative in our approach instead of just following a set of guidelines, thereby reaching people in despair, both at the end of life and in other circumstances, and making it clear they matter to us, their lives are important and we will be with them in their troubles.

This care must include being willing to engage in conversations about hastened death. Simply telling patients, “I don’t have anything to do with those practices,” will only send them to other healthcare professionals who will facilitate their deaths. When we agree to have the tough conversations, we can rely on the Holy Spirit to guide us as we carefully explore the roots and causes behind the request for hastened death.

Christian healthcare professionals have a dual duty in these challenging times – the duty to care deeply and skillfully for our patients and families, as well as the duty to act as salt and light to preserve and educate our society.

Several excellent resources are available to help all physicians become competent in basic palliative care. We also need to speak up about these important issues within our own spheres of influence. Perhaps that is leading a Bible study at your church or a journal club at your hospital. Every mind and heart counts.

Love is patient, love is kind. It does not envy, it does not boast, it is not proud. It is not rude, it is not self-seeking, it is not easily angered, it keeps no record of wrongs. Love does not delight in evil but rejoices with the truth. It always protects, always trusts, always hopes, always perseveres. Love never fails” (1 Corinthians 13:4-8a).

Our fellow sojourners in this world are hungry to come home, to be cared for with this Christ-like love that far surpasses any “rights” or human freedoms they think they lack and to have Emmanuel who journeys with them enfold them in His love.

Look around! The world is overflowing with evidence of the Lord’s limitless creativity, His delightful imagination, His gracious provision and His loving kindness, even in difficult circumstances. He is inviting us to join Him as He cares for His children. What a privilege. Let’s not miss it!

“And God is able to make all grace abound to you, so that in all things at all times, having all that you need, you will abound in every good work” (2 Corinthians 9:8).

Margaret Cottle, MD, CCFP, is a palliative care physician in Vancouver. She graduated from medical school at UBC in 1978 and has been caring for patients at the end of life for more than 26 years. She is a clinical instructor at the UBC medical school and has spoken in Canada, Mexico and the U.S. about ethical issues, caring for aging loved ones and palliative care. In 2006, she gave an invited presentation about end-of-life issues to members of the Canadian Parliament in Ottawa. She is a member of the American Academy of Hospice and Palliative Medicine, the Canadian Society of Palliative Care Physicians and the Latin American Palliative Care Association. She has been a member of the Physicians Resource Council for Focus on the Family for 25 years. Dr. Cottle and her husband Dr. Robin Cottle, an ophthalmologist, sponsor the UBC student chapter of the Christian Medical and Dental Society of Canada, hosting the students in their home every week for dinner and discussions.

‘Care, Not Killing: The Most Excellent Way’ originally appeared in the fall 2015 issue of Today’s Christian Doctor. Used by permission of Christian Medical & Dental Associations.

2 comments for “Care, not killing: The most excellent way”