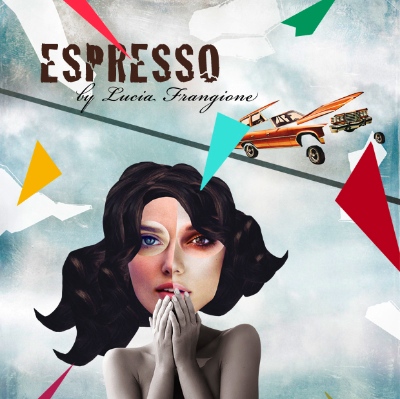 “It’s the show that saved Pacific Theatre, that I thought would end Pacific Theatre.” Ron Reed, who has guided the theatre company for more than 30 years, said in a recent interview that Espresso pulled them back from the brink financially, selling out in both the spring and fall seasons of 2003.

Pacific Theatre staked its future on Espresso, and won. But not without some trepidation. Ron knew that Lucia Frangione was working on the script, and was impressed by her writing. But “She hadn’t talked to me about producing it because she thought it was too sexual for Pacific Theatre. I asked ‘Who are you to tell me what Pacific Theatre will do? When did you see us put limits on that?’ Then we were doing it . . .

“When we did the premiere, I thought it would be too religious, too explicitly Christian, for the non-religious audience, and too sexual for the religious audience. So we’d alienate everybody. I really thought it was going to be a problem, but I loved it and love Lucia, so we were going to do it. But it was a great risk.”

So Pacific Theatre went ahead with Espresso 10 years ago, and they’re returning with it this spring.

In terms of feedback to Espresso over the years, she said: “People enjoy the mystery that unravels, the family story, the humour. And for some people . . . the play hits on a very intimate level spiritually and sexually and it seems to be an agent for change and healing. It doesn’t seem to matter what gender they are, what background, what religion.”

The story in a nutshell: “Three fiery women – Vito’s estranged daughter, his pit-bull of a second wife and the family’s wrinkled matriarch – find humour and grace in the aftermath of a violent car crash that threatens to take from them the one man they all love. ‘The espresso – she’s life. Quick, black, bitter in the mouth. Don’t expect sweet.’”

Writing for The Georgia Straight, Colin Thomas said: “One of the best scripts ever produced by a Vancouver playwright. And you know what? The show is really funny too.” 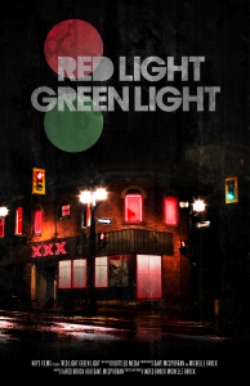 Human trafficking, slavery, sexual exploitation – these issues are increasingly on the church’s radar. Even those who have not paid much attention have been shocked by the kidnapping of nearly 300 young women in northern Nigeria by Boko Haram.

Four years ago, Michelle and Jay Brock knew little about the issue of modern day slavery. Following a presentation by Gary Haugen from International Justice Mission and a movie on the topic, however, their lives were changed.

“The film served as a rude awakening that human beings were being bought and sold all around the world. Sex trafficking was a booming business, and slavery was far from abolished. I [Michelle] grew up in Africa where I had witnessed poverty and injustice in various forms, but a multi-billion dollar industry of rape for pay struck a chord with me unlike anything else ever had. As a woman, I could not imagine a worse fate. Jay was filled with anger and deep sadness that men all over the world funded and fuelled such a sick and abusive trade. So we decided to do something about it”

After returning home to Ontario, they created Hope For the Sold and have since been very active in raising awareness about sex trafficking at many events across Canada. They have just finished their second film, Red Light Green Light, which addresses the complex issue of legalization of prostitution.

They say, “As nations around the globe attempt to fight sex trafficking, many consider legalizing prostitution. Two filmmakers travel across 10 countries to explore the issue, attempting to answer the question: ‘How can we prevent sexual exploitation before it happens in the first place?’ Though governments are getting better at prosecuting traffickers and providing aftercare to victims, it is time we begin to ask the question of what lies at the root.”

To see the trailer go here.

Every year, Historymaker gathers thousands of young people at the Prospera Cente in Chilliwack for a weekend of practical and spiritual training. Historymaker is a Pentecostal event, but participants include pre-teens, youth and young adults representing some 40 denominations and more than 250 churches, ministries and organizations.

Organizers are “focused on rescuing a generation by strengthening and extending the ministry of the local church through empowering young people, training leaders and producing high impact events.” They could use our prayer this weekend; the event goes from Friday to Sunday (May 16 – 18).