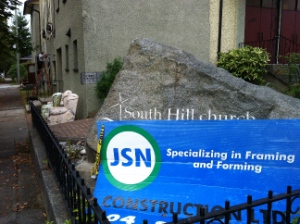 While preparing to launch Christ City Church, a Mennonite Brethren church plant in south Vancouver, pastor Brett Landry received an offer he believes could only have come from the mind of God. He was told South Hill Church, a long-established MB church in the area, had voted to disband and give them their building.

“That building used to be Vancouver MB, the first Mennonite Brethren church in the city,” says Landry, a native of Red Deer, Alberta.

“It’s got a church planting history. They were not a dead church. They just felt like this is what God wanted them to do.”

Christ City will throw a ‘Welcome to the Neighbourhood BBQ’ September 8, and then launch their new church September 22.

“You can’t strategically plan this kind of stuff,” he adds, “The glory of God is on this, and it just smells of kingdom advancement.” And it is only one example among many.

Westside at The Centre

At about the same time, Christ City’s parent church, Westside Church in downtown Vancouver, closed a deal to purchase The Centre in Vancouver for the Performing Arts, an 1,800-seat theatre built in 1995. Westside took over The Centre August 8 and will hold its first service there September 29.

“I’m thrilled about Westside moving downtown. I think the world of that church,” says Victoria-born church planter Alastair Sterne. He leads a team that is planning to launch St. Peter’s Fireside, an evangelical Anglican church at UBC Robson Square in the downtown, also this fall.

St. Peter’s is partnered with St. John’s Vancouver, formerly St. John’s Shaughnessy, and the Anglican Network in Canada. ‘Preview’ services in May and August drew several hundred people; a third such service will be held September 15, leading up to a November 3 launch. “I don’t know where a lot of them came from,” Sterne says.

Sterne believes part of the reason is that St. Peter’s emphasizes Anglican heritage and tradition, such as the liturgy. Among some Vancouverites, at least, he senses “a hunger to be rooted in something more enduring than whatever was the fad for the past five years.”

Meta Communities in the West End 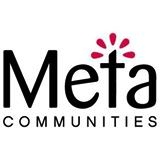 On the other hand, Dennis Wilkinson – who launched a house church called Meta Communities in January 2012 – has found the best way to even begin telling his West End neighbours about Jesus has been to put relationship-building ahead of Sunday services.

“It’s total freedom down here. You can be whoever you think you are,” says Wilkinson, who grew up in Winnipeg.

“But God’s given us incredible favour. My wife threw a birthday party for me in May, and 150 people came out. Ten of them were Christians.”

The Crossings in Coal Harbour 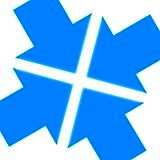 For Jeff Phillips, it was “a tough adjustment” shifting from being on staff at a Baptist mega-church in Nashville, Tennessee, to begin planting The Crossings Church in Coal Harbour in early 2010. His church is partnered with the Canadian National Baptist Convention.

“It’s boggling my mind,” he says, “to know there are people in North America, in an affluent city, with lots of ability to get to resources, that have never heard the gospel, never even given a thought to God, Jesus, the Bible, the church or anything – it’s never even come up.”

But what may seem difficult if not impossible from a human perspective is very possible with God.

While pastoring a United Pentecostal church in Quesnel in north-central BC, Anthony Ens was asked by a member to perform her son’s wedding in Vancouver. The night before the ceremony, Ens felt impressed to preach the gospel, which he did.

Following the service, he says, “for eight hours, there was a continuous stream of these very educated, very wealthy, influential people” wanting to talk to him about what they had just heard. “There was a hunger in these people.”

Two years later, having resigned the church in Quesnel, Ens says his denomination asked him to consider planting a church in Vancouver.

“I felt God saying, ‘It might be a difficult area, but remember that testimony I gave you,'” he says. “‘Those are the people that supposedly can’t be touched by the gospel. In one day, I brought you over 200 of them.'” 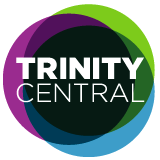 South African-born Rhys Scott pastors Trinity Central Church in Vancouver’s Waterfront district. It is an affiliate of Newfrontiers, a global church planting movement based in the United Kingdom. Scott sees this heightened activity as a form of iron sharpening iron.

“Hopefully there’s an increasing evangelistic sharpness that comes with church planting,” he says. “I’m not saying that isn’t the case for the established churches. But with church plants it’s a do-or-die kind of thing.”

“There just seems to be a flood of people that are feeling God’s call to the city and trying to make a difference,” says Wilkinson. “Philosophies and strategies and models are different, but there doesn’t seem to be any animosity about that, which I love. God is using all of these things for his kingdom.”

“A 100,000-soul revival in Vancouver is not beyond the realm of possibility,” says Ens.

← CBC Searchlight winners Lauren Mann and the Fairly Odd Folk coming to town
Humble yourselves, listen to survivors – barriers can be overcome →