We Welcome Refugees is inviting all churches to reflect on the Syrian refugee tragedy this Sunday, September 13.

Mayor Gregor Robertson recognized the desire of local citizens to help refugees by calling a public meeting at city hall September 8. He said:

“There have been  lot of calls to city hall about what people could do to help Syrian refugees in particular, so with all the global attention on this in recent days and weeks, people in Vancouver are concerned. There’s a long tradition in Vancouver of welcoming refugees and new immigrants and I think a lot of people want to help . . .
That’s good news, as is the fact that the church across Canada has already shown some leadership on the issue. Earlier this year, 16 denominational leaders from across Canada signed a statement of intent calling on their congregations to assist in the resettlement process. It concluded:
As church leaders in Canada, we feel compelled to respond to this significant need and work to settle refugees in Canada. We commit to recruiting congregations across Canada who will sponsor refugee families from Iraq and Syria, welcome and befriend them, provide new homes for them and help them integrate into Canadian society where they can live in freedom.
More recently, the We Welcome Refugees movement has taken up the call. Initiated by World Relief, the Justice Conference and Canadian writer Ann Voskamp, it launched WeWelcomeRefugees.com “to position the Global Church as a key agent in the current Europe/Syria Refugee Crisis.”
We Welcome Refugees has issued this call to action:
This Sunday – September 13, 2015 – we are inviting all churches and Christian leaders to take a moment in your services and gatherings to discuss the incredible humanitarian tragedy faced by largely Syrian refugees. . . .

We are facing the worst refugee crisis since WWII. At a time where the situation seems hopeless and complex, churches are stepping up to answer the call.

The Church, moved to action, is God’s answer to untold prayers, to bring grace, justice and redemption in a situation that can seem impossible.

Globally we must become a collective voice and partner to be the hands and feet of Jesus and create enough leverage to start to turn the tide on this urgent and significant issue.

And there is the pope’s appeal for every European parish, religious community, monastery and sanctuary to take in one refugee family. 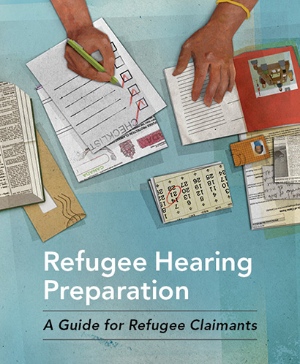 Kinbrace has produced a Refugee Preparation Hearing Guide which is being used across Canada.

In June we posted a couple of articles showing that local Christians were already mobilizing.

The first was ‘How to take part in the Middle East Refugee Resettlement Initiative,’ which documented the efforts of a network of 15 denominational groups connected with the Evangelical Fellowship of Canada. The article gave an overview of some of the ‘whys’ and ‘hows’ relating to refugees. Go here for the article, which has lots of links to other resources.
The second article looked at ‘Local signs of hope for refugees from the Middle East’:
* Canyon Heights Church on the North Shore is co-sponsoring several members of a Syrian family after meeting Hisham, the brother of one of the women, at their coffee house (Capilano Grind).
* James Grunau of the refugee settlement ministry Journey Home Community visited Syrian refugees in Lebanon earlier this year and brought home stories to share with the local community.
* Our Lady of Good Counsel Catholic Church in Surrey has welcomed a family of five Iraqi refugees.
* Middle Eastern Friendship Centre in Surrey welcomes refugees, immigrants and new citizens.
* Kinbrace Refugee Housing & Support has prepared a Refugee Hearing Preparation Guide which is being used across Canada.
Melissa Skelton, Bishop of the Anglican Diocese of New Westminster, released a statement September 8, which read in part:
The Anglican Diocese of New Westminster is a Sponsorship (Refugee) Agreement Holder. Even prior to the worldwide coverage of the current situation, a number of parishes were in the process (and remain in that process) of sponsoring refugee families. On the day of the publication of the photos from the Turkish beach a parish in the diocese was notified that they had been approved to move forward with their sponsorship of an Iraqi refugee family who are scheduled to arrive in Canada, September 22.
The Roman Catholic Diocese of Vancouver has prepared some very useful guidelines related to refugee sponsorship, featuring a diagram distinguishing the three types of sponsorship (Sponsorship Agreement Holders, Community Sponsorship and Group of Five Sponsorship), along with several FAQs (including ‘If I initiate a sponsorship for a refugee, what are my responsibilities?’)
So, there are plenty of resources available, and several groups which can provide guidance along the way. I have no doubt that many more churches will jump into the fray now, especially as public opinion, and thus political leaders, have come on board.
Share this story