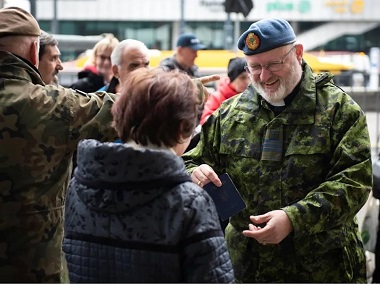 A report endorsed by Canada’s Minister of Defence Anita Anand states that the “Defence Team . . . cannot justify hiring representatives of organizations who marginalize certain people or categorically refuse them a position of leadership.”

This memorandum from the think tank Cardus responded to the “radically detrimental recommendations regarding chaplaincy in the Canadian Armed Forces.”

On April 25, 2022 the final report of the Minister of National Defence’s Advisory Panel on Systemic Racism and Discrimination was presented.

Cardus is a non-partisan think tank dedicated to clarifying and strengthening, through research and dialogue, the ways in which society’s institutions can work together for the common good.

On April 25, 2022 the final report of the Minister of National Defence’s Advisory Panel on Systemic Racism and Discrimination was presented.

The overall goals of this panel – to provide recommendations on how to eliminate systemic racism and discrimination from the Department of National Defence and the Canadian Armed Forces (DND/CAF) – are commendable.

However, the panel’s Recommendation 6 – “Re-Defining Chaplaincy” is extremely troubling and overtly discriminatory against certain religions. This explicitly prejudiced recommendation undermines the panel’s very purpose: to address discrimination in DND and the CAF.

The report states, “[S]ome chaplains represent or are affiliated with organized religions whose beliefs are not synonymous with those of a diverse and inclusive workplace. Some of the affiliated religions of these chaplains do not subscribe to an open attitude and the promotion of diversity. For example, some churches’ exclusion of women from their priesthoods violates principles of equality and social justice, as do sexist notions embedded in their religious dogmas. In addition, certain faiths have strict tenets requiring conversion of those they deem to be “pagan,” or who belong to polytheistic religions.” 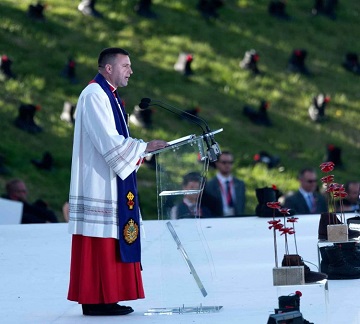 An image of a chaplain on the Canadian Armed Forces site.

The report states, “If the Defence Team rejects gender discrimination, anti-Indigenous discrimination, and racialized discrimination in every other area and is working hard to remove systemic barriers to the employment of marginalized people, it cannot justify hiring representatives of organizations who marginalize certain people or categorically refuse them a position of leadership.”

The report states, “The Advisory Panel has observed that there are varying degrees of misogyny, sexism and discrimination woven into the philosophies and beliefs of some mainstream religions currently represented in the cadre of chaplains in the CAF.”

The report states, “This Advisory Panel does not seek to evaluate or categorize these religions in this report. Rather it is pointing out that the Defence Team cannot consider itself supportive of inclusivity when it employs as chaplains members of organizations whose values are not consistent with National Defence’s ethics and values—even if those members express non-adherence to the policies of their chosen religion.”

The report recommends, “6.1 Do not consider for employment as spiritual guides or multi-faith representatives Chaplaincy applicants affiliated with religious groups whose values are not aligned with those of the Defence Team. The Defence Team’s message, otherwise, is inconsistent.” 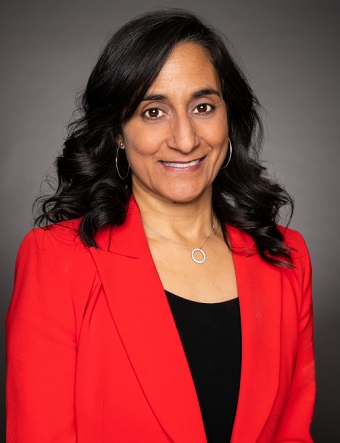 Minister of Defence Anita Anand tweeted April 25: “Today, I joined members of the Ministerial Advisory Panel on Systemic Racism and Discrimination in DND/CAF to release the panel’s final report. This report will help us build a workplace free from discrimination, where everyone feels safe, protected, and respected.”

During the April 25, 2022 press conference, Minister Anand noted that “exclusionary practices are degrading, demeaning, and violate the dignity that everyone deserves, regardless of where they work.”

We wholeheartedly agree. As such, we recommend that the Minister firmly and publicly reject the discriminatory sections of the report’s Recommendation 6 – “Re-Defining Chaplaincy.”

Further, the Minister should affirm that all Canadians, including those with religious beliefs, will be supported through the pastoral services of CAF chaplains as they serve our country.

The working group formed to implement these recommendations should ensure they engage broadly with faith communities both within and outside DND and the CAF to ensure that meaningful inclusion is not undermined as a consequence of Recommendation 6.

Rather the spirit of sub-recommendation 6.2 to “select chaplains representative of many faiths including forms of spirituality beyond the Abrahamic faiths” should be embraced and expanded.

This should be done in a manner that is not punitive towards Abrahamic faiths whose freedom to profess their faith is equally protected in our free and democratic society.

We would welcome the opportunity to meet with you and be of assistance in any considerations on this issue. Please do not hesitate to contact us at mvanpelt@cardus.ca.

This Cardus Memorandum is re-posted by permission. Paul Schratz has written a good assessment of the situation for The B.C. Catholic.

← Mennonites act upon their unique connection to Ukraine
John Redekop is a scholar, but also a practical man of action →