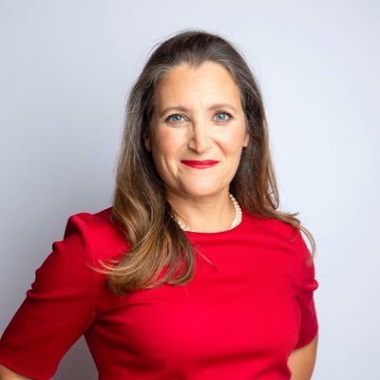 Canada’s finance minister has been instructed to make “anti-abortion groups who provide dishonest counseling to pregnant women about their rights and options” ineligible for charitable status.

The Evangelical Fellowship of Canada (EFC) is concerned that this may single out groups solely because of their views on abortion and when life begins.

Following is a statement posted on the EFC site December 20.

On December 16, 2021, the ministerial mandate letters were released. These letters outline the government’s priorities generally and what the prime minister expects each of the cabinet ministers to prioritize and accomplish in their role.

The prime minister has instructed the finance minister to: “Introduce amendments to the Income Tax Act to make anti-abortion organizations that provide dishonest counselling to pregnant women about their rights and options ineligible for charitable status.” (See the mandate letter to the finance minister.)

These instructions, which are repeated in the letters to the minister of finance and the minister of women and gender equality, echo wording from the Liberal Party’s 2021 election platform, which said a re-elected Liberal government would “No longer provide charity status to anti-abortion organizations (for example, Crisis Pregnancy Centres) that provide dishonest counseling to women about their rights and about the options available to them at all stages of the pregnancy.”

The EFC is very concerned that these measures are only directed at organizations with a particular view on abortion. It raises the idea that participation in the public square and a level playing field with respect to government programs could be subject to a values test.

This raises questions as to whether the government intends to single out organizations with particular beliefs about when life begins, subjecting them to greater scrutiny, and possibly penalizing them for these beliefs. How will the government define and identify “dishonest counseling?” If a determination of “dishonest counseling” is based solely on a particular premise of when life begins or disagreement with abortion/ending life, this would raise serious concerns about compliance with the Charter of Rights and Freedoms.

The EFC believes all charities should carry out their activities honestly and ethically, with integrity.

We are concerned, however, that organizations may be singled out simply because they hold particular underlying beliefs about when life begins, contrary to Charter protections of religion, conscience, belief and expression.

We are writing to express our deep concern and ask for clarification. The Liberal Party platform, Forward For Everyone, stated that a re-elected Liberal government will “No longer provide charity status to anti-abortion organizations (for example, Crisis Pregnancy Centres) that provide dishonest counseling to women about their rights and about the options available to them at all stages of the pregnancy.”

Given the context of the Canada Summer Jobs attestation, we are very concerned at the idea that participation in the public square and a level playing field with respect to government programs could be conditional on acceptance of a particular view of abortion; in essence, subject to a values test.

If there is such a significant review of charitable status, there would need to be answers to basic questions such as what is considered “dishonest counseling,” what mechanism would identify dishonesty, whether the provisions are to be applied to all charitable organizations or only those organizations with particular underlying beliefs about when life begins, and how this would be carried out in compliance with Charter protections.

We are also concerned by the mischaracterization implicit in the platform statement. Pregnancy care centres are a source of support for many Canadian women.

One of our affiliate organizations, Pregnancy Care Canada (PCC), is a best practice association of over 80 pregnancy care centres. These PCC centres exist to provide a safe environment for women to make pregnancy decisions that are fully informed, evidence-based, consistent with their belief system and free from external influences. They respect a woman’s right to make her own decision and seek to provide her with medically accurate information on abortion, adoption and parenting.

A liberal democracy such as Canada is founded on the premise that diverse beliefs will be respected and accommodated.  An endeavor to revoke charitable status on the basis of beliefs about abortion would seem to risk violating Charter guarantees of freedom of conscience, religion, thought, belief, opinion and expression.

We respectfully request to be included in consultations on changes to charitable status. The EFC engages in public policy issues constructively and collaboratively, seeking the good of Canadian society. We would be happy to meet to discuss these matters and we await clarification of the government’s plans and intentions in this regard.

The Evangelical Fellowship of Canada (EFC) is the national association of evangelical Christians in Canada. Established in 1964, the EFC provides a national forum for Canada’s four million Evangelicals and a constructive voice for biblical principles in life and society.

Both the statement and the letter to Chrystia Freeland appeared first on the EFC site and are re-posted by permission.