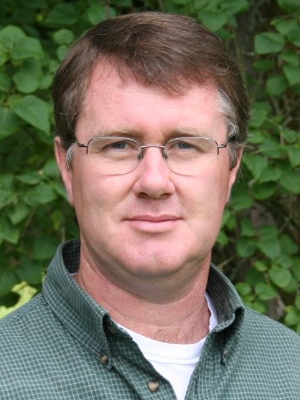 The missional movement, however, has given me a deeper understanding of what it means to be God’s people on mission. I have written often on the ‘why’ of being missional, but in this article I want to give practical examples of what I have learned from embracing a missional theology.

I confess that my own journey has taken me from a seeker targeted to missional leader. There are at least five things I needed to learn.

Confession #1: I learned to move from Services to Gatherings

Worship is not a tool by which to attract people to church, but rather a posture whereby Christians bring gifts to the King, demonstrating his worth.

In those first days of planting, we portrayed an idea that our services could be fun and entertaining, drawing people (some from other churches) to come to our church. Mission has helped us see worship differently, as an act where we participate in the goodness of God and bear witness to the shape of his kingdom.

Today we understand that there is a richness and joy in gathering as God’s sent people. We gather in worship to bring gifts and to tell stories of where we have seen God at work.

Confession #2: I learned to move from CEO to Servant

Many say that leadership is the key to how a church functions. Therefore they have adopted all kinds of lessons from the business world and have become ‘CEOs’ of church life. I, too, have spent many hours studying from some of the best leadership gurus the corporate world has to offer.

In understanding the missio dei, I have come to believe that the way that Jesus models leadership for me is not congruent with what I have learned. Jesus led through self-giving and sacrifice, and so do we as his body.

Confession #3: I learned to move from Events to Empowering

When we first began at Southside, we poured much energy into hosting events for our neighbours. These were not bad, but we inadvertently ended up producing followers of Christ who by-passed the process of being good neighbours and thought that it was enough to put on a movie or a block party in the neighbourhood.

The focus on joining God in mission has brought us to a different place. We are now convinced that Christ sends each of us to the streets where we live. It is our privilege to tell God’s story about the presence of the kingdom and its king.

Confession #4: I learned to move from Attenders to Disciples/Missionaries

One of the hardest changes that we have faced in ‘becoming missional’ is that we needed to  place less emphasis on producing attenders and more on making disciples. In our context, it is increasingly difficult to get people to attend on a Sunday, and yet we still must fight the urge to only count the number of attenders on a Sunday.

Instead, we are learning to care about and track the depth of character and the scope of mission in the lives of those who have given themselves to following Jesus. Many churches I come across regrettably admit that only 10 percent of their people understand their identity as sent-ones of Jesus.

Confession #5 – I learned to move from Principles to Participation

I learned a number of ways to share the truth of the gospel. Many of these emphasized an intellectual assent to set of principles. Our journey into missional theology has expanded that reality.

Not only did Jesus come to die and be raised again (a truth I cannot waiver on), but he came to live – demonstrating the reality of the presence of the kingdom of God – and to extend an invitation for us to participate in new life with him and with his family.

He has given us the task of continuing the very work that e began; he has empowered us to be his hands and feet in the context where he has sent us.

Belief is no longer an intellectual assent alone, but a participation in the mission of God.

Cam Roxburgh is national director for Forge Canada, VP of missional initiatives for the North American Baptists and team leader at Southside Community Church, with three congregations in Burnaby and Surrey. This comment is from Forge Canada’s Missional Voice Newsletter.

← ‘Chinese Canadian Christians’ and ‘A Heart for Asia’ will open your eyes
Jesus Feminist: Just gone to press, already getting lots of attention →

2 comments for “Confessions of a ‘seeker targeted’ pastor”