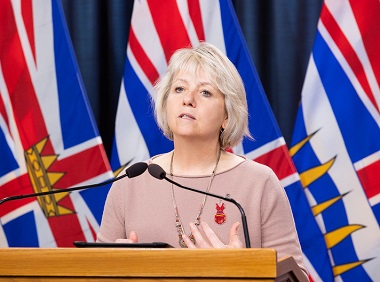 The other shoe dropped November 30, three weeks after Provincial Health Officer Dr. Bonnie Henry and Health Minister Adrian Dix implied quite clearly to 120 religious leaders on a telephone town hall that tighter COVID-19 restrictions were on the way.

Dr. Henry announced Tuesday that all people attending worship services must wear masks and that services must be no more than 50 percent full, unless participants are 100 percent vaccinated.

The BC Centre for Disease Control posted a ‘Faith-Based, Spiritual and Worship Practices’ page December 1.

While most churches and other religious groups will likely acquiesce to the new restrictions with little or no fuss, some may react negatively to the government tying the opportunity for full capacity to the requirement that participants be vaccinated.

Dr. Henry sent a letter on the afternoon of November 30 to faith leaders who have been involved in conversations with her. It read:

Further to our recent discussions with faith leaders, this afternoon I announced new Provincial Health Officer orders to support faith leaders in reducing the risk of COVID-19 to their congregants during worship services.

This is necessary as we move into the season for greater gatherings for worship purposes and associated social interaction. This is also during a time when we expect to see an increased seasonal risk of COVID-19 transmission.

She said the leaders were welcome to respond with “any questions, concerns or suggestions about these measures . . . Your ongoing support and assistance is much appreciated.”

My gleanings were that Dr. Henry and Adrian Dix were looking for input from faith leaders on ways to harmonize the orders regarding masks and vaccination proof. Dr. Henry has proposed making masks mandatory in faith settings and either requiring vaccination proof to attend services or allowing mixed groups (vaccinated/unvaccinated) to attend with capacity limits in place to ensure greater social distancing.

Faith leaders are being contacted for another telephone town hall with Dix and Dr. Henry this Friday (December 3) “to discuss faith gatherings during the holiday season.”

Immediate responses from churches and denominations to Dr. Henry’s November 30 televised announcement have ranged from positive to negative, with most churches probably taking it in stride.(Many have not yet responded publicly.)

There have been three types of responses thus far:

For example, Rabbi Dan Moskovitz of Temple Sholom spoke with host Stephen Quinn on The Early Edition December 1, saying of the new restrictions:

Well, honestly, they’re reassuring, because we’ve been following those same protocols voluntarily since we returned to in-person services back in May and since we came back inside because of the weather around September.

The role of faith leaders is to keep our people as safe as possible, physically and spiritually. 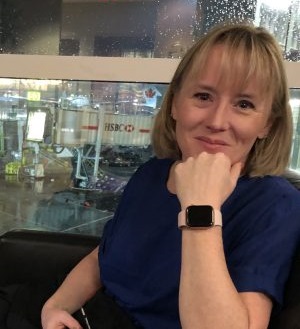 Treena Duncan, Executive Minister of the Pacific Mountain Regional Council of the United Church of Canada, posted a notice which began:

Today you may have heard that the Public Health Office has released new health orders in anticipation of seasonal celebrations, and an anticipated greater risk of virus spread. There were consultations with faith leaders and the response was to provide two options for communities of faith to manage potential transmission risks in the Community of Faith.

Several groups have simply taken note of the new measures and their willingness to cooperate. For example:

Nov 30 update to PHO orders: (1) Masks are now mandatory at all worship gatherings (for those born in 2016 and earlier or age 5+). (2) Seating capacity is limited to 50%. Our auditorium capacity is 325 so we do not expect impact on Sunday gatherings at this time. Thank you.

New Health Orders will not stop us @clalangley from celebrations planned for Christmas, looking forward to Advent and First Christmas walking tour which starts tomorrow. Masks will be mandatory.

He added that the church will not be asking for vaccine passports.

Levi Minderhoud, BC Manager for ARPA Canada, tweeted “A deeply disappointing update” shortly after Dr. Henry made the announcement.

The province appears to have avoided the main concern raised by participants on the November 10 conference call. As noted in my earlier article, several leaders feared that a vaccine mandate would be instituted.

Erin Knott said in that article:

I got the sense that there wasn’t much pushback to making masks mandatory, but that requiring vaccination proof would not be welcomed by the majority of faith organizations and that it would be a significant point of contention and possibly division.

Kathy Smith, Stated Clerk, Classis BC Northwest of the Christian Reformed Church in North America, reflected a similar view in the notes she sent out to fellow CRC leaders, which included these responses from several pastors on the call:

Some responses did not relate to the vaccine mandate; go here for the full list.

While no vaccine mandate has been instituted, the new measures only allow 100 percent capacity if all those in attendance are vaccinated. Some may say that this will exacerbate friction with congregations – that the government is applying a none-too-subtle pressure on faith groups to implement their own version of a vaccine mandate. 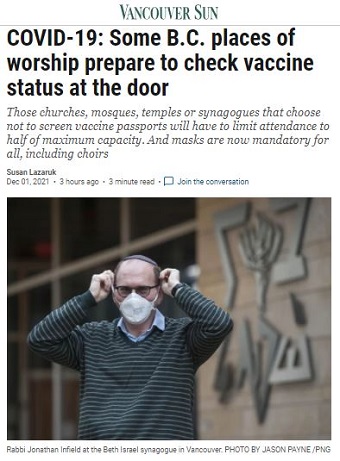 A December 1 Vancouver Sun article (‘COVID-19: Some B.C. places of worship prepare to check vaccine status at the door’) began with these words:

Worshippers without vaccine passports could find themselves turned away from busier services this weekend under new B.C.’s rules, according to leaders at some houses of worship.

Most of the groups consulted for the article were not Christian churches, though the article concluded:

“Parishes won’t be checking vaccination status,” said a spokesman for the Roman Catholic Archdiocese of Vancouver in an email.

“They’re now exploring different options and most will likely add to their Mass schedules to ensure everyone is welcome at this time of year when churches are busiest,” he said.

3 comments for “COVID-19 restrictions tightened for faith groups; leaders will be consulted again”