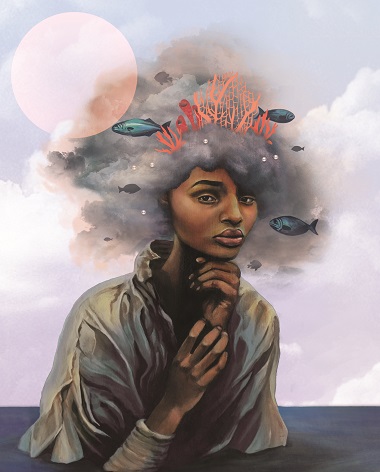 The church has an opportunity to help support people experiencing ecological distress.

Ecological distress refers to “any forms of emotional, psychological or existential distress related to present or anticipated ecological/climatic change.” It is a rapidly growing phenomenon impacting more and more people.

As Elin Kelsey, author of Hope Matters: Why Changing the Way We Think is Critical to Solving the Environmental Crisis, notes:

We lack any recognized infrastructure to support children, or adults, suffering from despair about the planetary crisis. It’s as if we are engaged in a mass movement of emotional denial.

This emotional denial Kelsey refers to exacerbates experiences of ecological distress. She introduces hospice philosophy and explains some of the parallels between the rise of hospice care in the face of existential crises and our present moment, with its turbulent ecological distresses.

She goes on to explain that, as a result of technological advances in the 1950s, more people were dying in hospitals rather than at home.

Death in the medical context was then viewed as a failure – where the focus was on extending one’s life as long as possible – and this contributed to more and more people’s lives being prolonged “beyond the point that many would argue was meaningful existence.”

It was at this point that hospice philosophy emerged as a helpful framework for people to navigate the existential crisis that emerged as a result of the prolonging of life and avoidance of death. Kelsey suggests hospice philosophy might offer helpful insights when working with people experiencing ecological emotions, who don’t have the tools to deal with the doom and gloom projections of the future.

In light of the rapid amount of global and climatic change and how more and more people are facing an existential crisis related to the gloomy projections about the future, hospice philosophy offers a helpful paradigm for people to navigate the uncertainty of the future.

To be clear, hospice philosophy is about the end of life. However, some of the key tenets can offer help to those of us who experience ecological distress because life as we know it is changing.

Rather than therapy to soothe or heal these turbulent emotions – which is not even possible given the escalating nature of the crises – perhaps what would be most helpful are strategies to support people in directing these emotions in productive ways. Key tenets from hospice philosophy offer such strategies.

As we look to hospice philosophy for guidance, it is useful to consider its emergence in the field of end of life care. Cicely Saunders began advocating for an alternative way of working alongside terminally ill patients in the early 1960s in the United Kingdom.

She criticized the “never-ending intensive treatment carried to the bitter end as patients suffered and became more helpless.” Instead, Saunders envisioned a form of care where listening was considered an essential act of care. It looked more like hospitality rather than treatment. She used the term ‘hospice’ for this vision because it derived from the Latin hospes, which means both guest and host.

Saunders drew inspiration from the original hospices – Christian shelters that dotted the landscape of Europe, run by monasteries:

Given the primitive state of medical care and the difficulty of travel, strangers often straggled in exhausted and sick. Those who recovered may have journeyed on, but many drew their final breath in the care of the monks.

These ‘way stations for pilgrims’ provided metaphorical fodder for Saunders to cast a vision for what might be modern day hospices.

In our current moment, it might be useful to consider ourselves as pilgrims, similar to the strangers who entered those initial hospices, because we are between two realities – life before climate change, and life after. It is this ‘in between’ space which fosters existential distress, similar to what people nearing the end of life face, because the future is uncertain.

We can draw from hospice philosophy four key tenets which might help us navigate this ‘in between’ time.

1. Hope is rooted in a sense of a meaningful present

As Saunders articulated, hope can be rooted in a sense of a meaningful present, rather than a specific outcome in the future. This is a useful concept to draw on when experiencing ecological distress because many people undergoing distress, especially young people, are overwhelmed with gloomy projections of the future, rather than with their experience in the present moment.

Comfort and safety can come in the form of a homey atmosphere in a therapy room, or be found in the beauty of a retreat centre.

Just as pain relief was incorporated into hospice care as a way to restore people as ‘social bodies,’ so too do people navigating the isolating emotions of climate change need avenues in which to be relieved of their embodied sense of threat so that they can get in touch with their emotional, social and spiritual selves. This gives people the ability to “stay with the trouble of living and dying together on a damaged earth.”

Open awareness of dying is essential in working with people with ecological distress, because the future is unknown and the messages related to the changing climate make clear that the ecosystems that support us may become unlivable. As a result, helping people do the hard work of facing and accepting their own death – whenever that may be – is important.

Contemplating impermanence is not intended to make people feel depressed or anxious, but to help people feel more alive and in touch with life, “to appreciate its preciousness even more.”

The latest Intergovernmental Panel on Climate Change (IPCC) report stated that climate change has become a fact of modern life and many of its effects are irreversible. This means that we are living in a time of climate change, and no longer able to avoid it. While this might be something to grieve and lament – and accepting its reality is certainly hard – it might also not be the end of the story.

[What] comes after will not be like what came before. I think our job is to make [this period] as short/thin as possible and to cultivate with each other in every way imaginable epochs to come that can replenish refuge.

The more readily we can openly address and talk about such a death, and work through the painful process of accepting this, the more readily we might foster the maturity needed to be able to envision and create such a replenishing epoch.

4. Holding the future with open hands

It allows people to hold the future with open hands and not become overwhelmed or attached directly to the outcome, because there is a sense of hope beyond – or greater than – those particular results.

Looking to the soil as a guide in how to hold a tension in this is helpful, since what makes up the conditions of good soil is not simply living organisms but a balance between both decaying matter and living things.

It is exactly this combination of both death and life that creates good soil from which new life can emerge. This ability to hold a tension can be an anchoring place in which to hold steady in the midst of rapid changes.

What does this mean for the church? 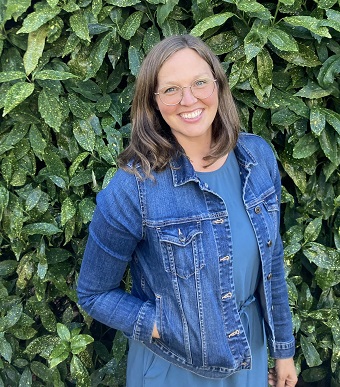 The church has an opportunity to resource people with these tools in navigating ecological distress because so many of the tenets of hospice philosophy are embedded within Christian theology and tradition.

What would it look like for the church to be a place that offered the wider world places of comfort, helping people to find meaning in this moment, embrace the reality of death and hold the future openly?

Roxy Humphrey is a mother, spouse, sister, daughter and friend. She works as a counselor, offering individual, relational and group therapy, on the unceded territory of the Lekwungen speaking peoples, Victoria. You can find out about her here.

← Reckoning with the Doctrine of Discovery
Remembering David Milgaard – wrongly convicted, he ‘walked the talk’ →