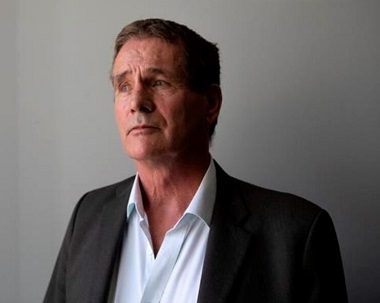 It was a shock, followed by great sadness, to have heard the news today of David’s passing.

At the time he was in Stony Mountain Prison, near Winnipeg. We began our own correspondence that soon developed into a warm friendship. These past several years, we remained in touch regularly. David, who was pure heart, was a loyal friend.

Through the tireless effort of his mother, Joyce, who died in March 2020, liberal MP Lloyd Axworthy raised his case in Parliament in 1991, claiming it was a great travesty of justice. On April 16, 1992, David was released from prison on a stay of proceedings – instead of receiving a new trial. He had served 23 years for a rape and murder he had not committed.

Not until July 18, 1997, was David exonerated through DNA evidence. The Saskatchewan government finally apologized for its wrongful police investigation, prosecution, conviction and imprisonment. The real rapist and killer – since deceased Larry Fisher – had been known to police at the time due to other sexual assault convictions, had been living in the same neighbourhood as his victim, and had been questioned about the crime and released by police.

(Vancouver’s Innocence Canada, and many others, estimate that as many as one in 10 convicted of a serious and violent crime knew nothing about it at all, until charges were laid.)

He was only 17 years old when first incarcerated. What could have been the best years of his life were snatched from him. Despite that, I never experienced David expressing self-pity or bitterness. He had been raped in prison, shot in the back by police after an escape, had suffered many prisoner indignities and had attempted suicide.

David became a Christian while serving his time. He had a genuine faith in Jesus, which he would express to me at times. I don’t think he regularly attended church, other than chapel in prison, but his expressed motivation for all his advocacy was his commitment to following Christ. Love God and neighbour would characterize his faith. Jesus was his hope.

After his release, David lived for a few years in Vancouver. Our family saw a lot of him then. He would often hop on a bus, seemingly heading wherever it was going, then he’d call us on his way back to come pick him up – once, with a stray dog at about 2 am! When eventually compensated, his wanderlust continued by jet.

He excoriated prison not only because of his harrowing 23 years inside, but because he knew all reputable evidence-based studies worldwide find prison almost invariably achieves far less than – if not the inverse of – its stated lofty aims.

David knew / knew of Order of Canada recipient Ruth Morris, who co-edited with Canadian criminologist Gordon West The Case for Penal Abolition, that presents a compelling rationale. In August 2020, David and I recorded on Zoom a presentation about aspects of that (RJWorld eConference, August 22 – 31, 2020: David Milgaard & Wayne Northey).

David was appointed and remained deeply committed to the Independent Review Board Working Group, an entity whose creation was ordered by Justin Trudeau in December 2019.

Along with others, David presented powerfully about “the crime of punishment” (title of famous psychiatrist Karl Menninger’s book). Post-incarceration, he ever echoed Canadian philosopher John McMurtry’s words:

As with past monstrous systems of cruel and systematic oppression, we see how morally blind the conventionalised [retributivist] mind-set can become.

David always wished to make this sink in: a tunnel vision justice system that brutally scapegoats its ‘guilty’ victims gets it wrong by all estimates one in 10 times! And who, he wondered, holds all its actors accountable?

Thank you and farewell David, my dear friend, for a life of deep caring, passionately lived. As often approvingly said in prison, you ‘walked the talk.’

Wayne Northey covers a wide range of issues on his website. This comment is re-posted by permission.

← Creating Conversation: Hospice philosophy can help ecological distress
The goose, the plan and the dissenting opinion →