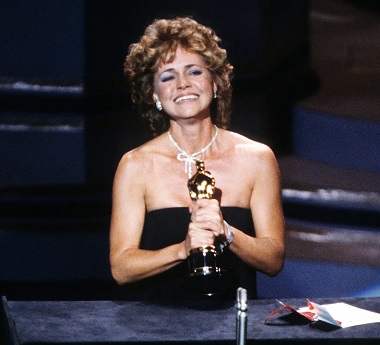 They liked Sally Field; evangelicals not so much.

At the Academy Awards in 1985, Sally Field won the best-actress Oscar for her role in Places in the Heart. Her speech became somewhat famous and is ‘memed’ even to this day.

What people thought she said was, “You like me! You really like me.” What she actually said was, “This time [she had won the same award in 1980] I feel it. And I can’t deny the fact that you like me. Right now you like me.”

This comes to my mind because, right now in Canada, if the evangelical church could win an auspicious award, it would be for ‘Religious Group that Others Think is Most Damaging to the Country.’ The study (by the Angus Reid Institute and Cardus) that pointed this out was commented on recently by Flyn Ritchie in a Church for Vancouver article.

Of course, there are many possible responses to the finding that evangelical Christianity is seen as damaging. Putting aside the ‘blame the media’ and ‘persecution’ reactions, perhaps we should take the criticism as instructive.

Maybe we have a much better message to proclaim than that which we have been proclaiming. I want to offer a couple of reflections on how Christian witness might aim for something better. 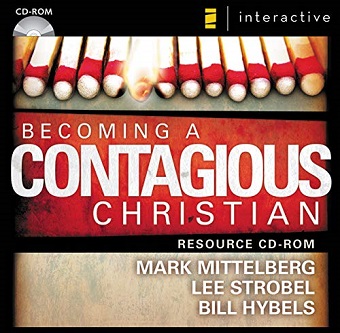 My Christian faith was largely formed and informed in the context of the evangelical church. In my Baptist and Plymouth Brethren formation, ‘witnessing’ was apparently a must. You were supposed to tell your friends and co-workers and family about Jesus.

There was talk of reaching out to ‘the lost’ and there were Christian education courses with names like ‘The Contagious Christian.’ (Probably not one that would be used in the wake of Covid.)

The goal of witnessing and evangelism was that more people would be ‘saved.’ This usually entailed praying a prayer asking Jesus into your heart. It became clear to me that in this theological view most people were not saved.

The message of evangelism itself was often referred to as ‘Good News.’ However, if the news was that the majority of people who have ever lived are damned forever, while a relative few are spared from this terror, then I think that should hardly be referred to as good.

I sometimes ask people raised in these kinds of theological traditions if they can think of anything that might be considered worse news than that. The doomsday prophets of other apocalypses (environmental, etc.) at least draw out scenarios in which everyone is annihilated.

This turns out to be better news than the that of a grim ‘evangelical’ eschatology, because at least in the case of a destroyed environment we are all in it together, and no one is tortured forever.

There has been a reaction to the triumphalist, us vs. them kind of evangelism noted above. In some Christian churches the very concept of witnessing is verboten. While there are obvious problems with the grim eschatology of a saved / damned view, there really is no Christian church without bearing witness.

The church is an institution which exists for its non-members. Karl Barth, among other theologians has argued that healthy Christian concepts of salvation have to do with vocation. Vocation is the point of salvation.

There are many people who identify with my unease over what witnessing meant. Often the outcome of this unease is to silo faith off, to commit to being entirely non-offensive, to never say anything to anyone about faith and religion. 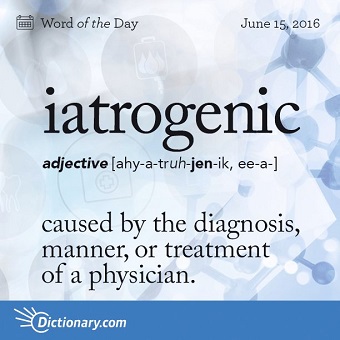 There are ways forward that are better than this, ones that can offer freedom from damaging views. At the same time, we can be enlivened to bear witness to what is the most hopeful news of all.

If we are going to move from a witness that is fearful and divisive to one that is life-giving we can start with being honest about the good and bad of Christian churches.

Ivan Illich wrote about the church and education and medicine, among other major topics. He had a way of pointing out how institutions can wind up achieving the opposite of what they set out to achieve.

With regard to education, for example, he argued that some systems of schooling actually seem designed to ensure that students do not learn. Pertaining to medicine, he pointed out that the very system designed to promote health can at times spread sickness.

Illich mentioned a concept that I think is helpful for us as we consider the call of honest witness. The concept is iatrogenesis.

The term is used to refer to infection that comes about as a result of medical treatment. Iatrogenic disease is that which is picked up in a hospital or medical setting or by way of prescribed treatment. Even before Covid, hospitals were spending a lot of resources on trying to stop the spread of iatrogenic disease.

The parallel is obvious. What about iatrogenic spirituality? There is no doubt that hospitals are a blessing. Lives are saved, bodies are repaired and sickness is treated. Many people move from physical sickness or injury to wellness or recovery because of hospitals. However, some people get sick in hospitals, and some of those people die from such sickness.

The Christian church, including our particular churches, have been communities in which very many people have found faith, community and hope. However, the truth is that within the context of church people have also faced a kind of iatrogenic spirituality. They have been hurt, damaged, judged, blamed or misunderstood.

There is a lot that we have gotten wrong. Some people have picked up damaging ideas about God that we should recognize as disease, not faith.

We would likely bear witness to hope more effectively if we were honest about such things and if we continued to be aware of the reality of iatrogenesis moving forward.

It should be no surprise that a faith that offers a grim view of the end of things does not turn out to do very well in regards to hope. The disconnect many Christians feel about witnessing and bearing witness can be manifest from an awareness of the hopelessness of infernalist views of faith.

The new album by Canadian band Arcade Fire opens with two songs called ‘Age of Anxiety I’ and ‘Age of Anxiety II (Rabbit Hole).’ The lyrics of the band are often informed by Christian faith. They also often offer apt descriptions of societal struggle and cultural zeitgeist.

It strikes me that in an age of anxiety, the church ought to be marked by something other than fear and anxiety, particularly in reference to bearing witness.

Karl Barth presents a critique of ‘anxious Christianity’ in describing a kind of faith marked by “constant questioning, worrying, complaining, accusing and protesting against God and the world, to be constantly upset about something, to be constantly voicing our concerns and troubles, constantly to be engaging either forcefully or quietly in the corresponding quarrels, and more or less noticeably to extend these quarrels to those around.”1

For Barth, because of the renewal of all things in Christ, “the Christian has reason for nothing other than hope.”

“Whatever else may come between, the morning and the mid-day and the evening of the work of the community must be unconditionally bright.”2

Our witness is hopeful, not fearful. Our hope is in the future in Jesus Christ and it is a hope for all the world.

Some of you may recall examples of witnessing and evangelism that issued threats about the future.: “Where will you go if you leave here tonight and are hit by a bus? Where will you spend eternity?”

Rather than threats, our witness ought to be informed and shaped by the hope that we have.

As Philip Ziegler has argued, the last judgment is unto life. It is not retributive. A Christian faith that focuses on the renewal of all things in Christ declares the present blessing of a future hope.

These are all good things worth the bearing of witness. 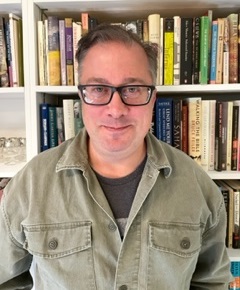 Todd Wiebe was a pastor for over 25 years. He is Director of Reflector Project, a non-profit society dedicated to articulating hopeful theology. He is co-host of the Podcast Rector’s Cupboard and writes a twice per week substack newsletter called, Evangelically Departed.

2 comments for “Creating Conversation: Replace ‘us vs. them’ evangelism with hopeful witness”